What is Flexible Gunnery in the US Air Force?

I read many times in English Wikipedia that some servicemen were trained in Flexible Gunnery schools, but I don't get what that exactly means.

flexible gunnery - the firing of swivel guns (as in an airplane) 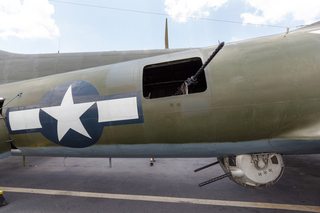 (flickr.com) Swivel guns on a B-17 (underside and waist).

From a 13-minute declassified US Army Air Forces training film, Flexible Aerial Gunnery: Making a Gunner, from 1943 about that gunnery course, the course included but was not limited to: