Can a low flying but super fast jet spray water from the surface of the ocean?

I've seen this visual effect done many times in movies. It's often done to highlight supersonic speed just a few feet above the water.

Do the laws of physics even come close to this being plausible?

Bonus: Can you provide photograph evidence of this happening? 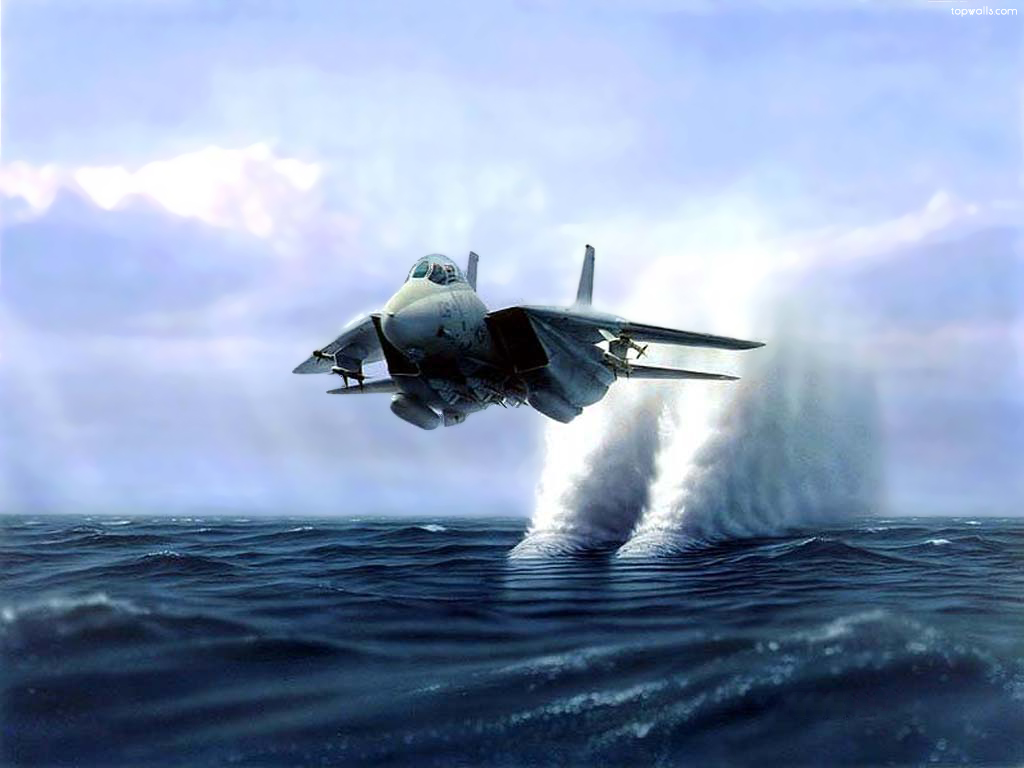 The visual effect in the picture you found seems to suck water out of the sea, in this real footage the f-18 air shockwave tends to push water down, and makes a trail.

And this video gives quite the explanation on how this happens...

The way it works:

the rocket at the end:

I've wondered about this, too. From what I've discovered looking around online (and I am NOT a pilot or physicist) is that it's something of a myth -- at least in terms of the dramatic waterspout-effect like in the painting above and countless movies.

A fast, low-flying jet may create some shockwaves (not to be confused with the "vapor cone") that would disturb the surface of water, or some updraft that sucks up spray, but nowhere near the massive amount of water depicted.

The idea may have started because of images like below, where a Blue Angle flies low over water then, as it pulls up, the jet engines directly angled toward the water do indeed blast a huge spray -- but that's very different than sucking up water in level flight.

So, the answer is: yes, a low-flying jet can disturb the surface of water, but not quite in the way it's depicted in the movies.

Not the answer you're looking for? Browse other questions tagged aircraft-physics ground-effect or ask your own question.

5
How much effect does the ground have on flight control when flying low?
9
Were stub wings on early flying boats designed or able to exploit ground-effect lift?
2
Can one fly up side down while a glass of water keeps full due to g-forces?
1
Can we show through simple geometry rather than formulae or graphs that the best glide ratio occurs at the maximum ratio of Lift to Drag?
1
Are there any situations where having high lift but low lift to drag ratio would be beneficial?