Can a passenger drone perform auto-rotation? 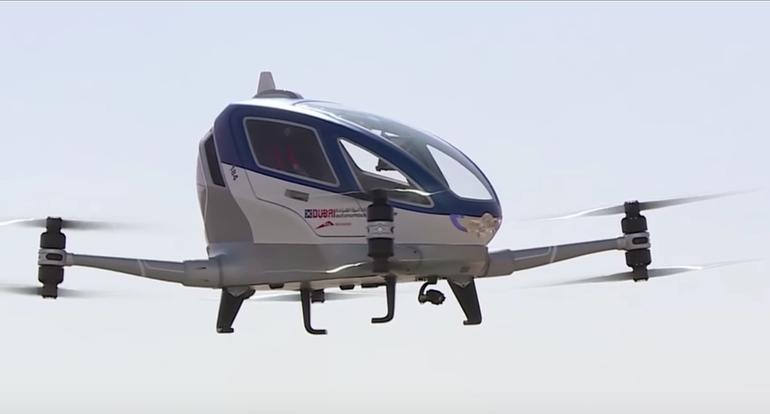 The Dubai Drone is an Ehang passenger drone planned to start commercial services in July 2017.

If there is a failure, can such an electric multi-copter auto-rotate a landing?

I'm wondering, if an electric motor would even allow auto-rotation, and if the autopilot could handle it? Are there regulations for devices like that?

That drone has fixed-pitch rotors, and that pitch is optimized for thrust, not for autorotation. In the absence of power, those rotors won't autorotate. They will stop rotating 'in the right way' and then start windmilling in the opposite sense. That windmilling will cause drag and some deceleration of the fall, but not of the same magnitude as an autorotation, that is a different condition.

If a single motor fails, it's not unsafe (supposedly).

The 184 is technically an X-8 multi-rotor, meaning that it has four points of thrust, each consisting of two motor-propellers, coaxially aligned—one “tractor” propeller and one “pusher.” This means that if any one of the motors dies, or a propeller disintegrates, the aircraft won’t flip and crash to the ground, although it would need to land rather quickly. The concept has never been tried in an operational passenger service, however, and some feel that without further safety enhancements the drone taxi idea is a disaster waiting to happen.

The article also discusses how Dubai's hot climate would limit the performance.

As for regulations, so far I can't dig up any, but in the US taxi drones are not allowed.

FAA regulations prevented it from being legally tested in the US. In Dubai, however, the Civil Aviation Authority partnered with EHang in testing the device.

A drone with fixed wing propellers such as the one you describe can not autorotate. For autorotation to work the pitch of the blades needs to be variable.

At the instant of engine failure, the main rotor blades are producing lift and thrust from their angle of attack and velocity. By immediately lowering collective pitch, which must be done in case of an engine failure, the pilot reduces lift and drag and the helicopter begins an immediate descent, producing an upward flow of air through the rotor system. This upward flow of air through the rotor provides sufficient thrust to maintain rotor rotational speed throughout the descent. Since the tail rotor is driven by the main rotor transmission during autorotation, heading control is maintained as in normal flight. - https://en.wikipedia.org/wiki/Autorotation

A drone or multicopter with 6 or more propellers can continue flying as long as the thrust provided by the remaining propellers and engines is sufficient to keep it from falling.

The aicraft may however begin to rotate around its own axis. In normal flight there are an equal number of clock wise and counter clockwise rotating propellers. If a propeller/motor stops spinning the torque of these engines will no longer cancel each other out so in order to not descend the helicopter may be forced to accept a rotation around the Z axis. This same mechanism is used for turning a multirotor, lower the RPM of the propellers spinning in one direction and you will turn in the other.

I fly RC drones myself and have tested how my hexacopter behaves during a motor failure. The conclusion I came to is that if it was close to its carrying capacity it would rotate since it needs all the power it has and can't worry about rotation. But if it only carried a light load it woulden't rotate as it has power left over to compensate for it. 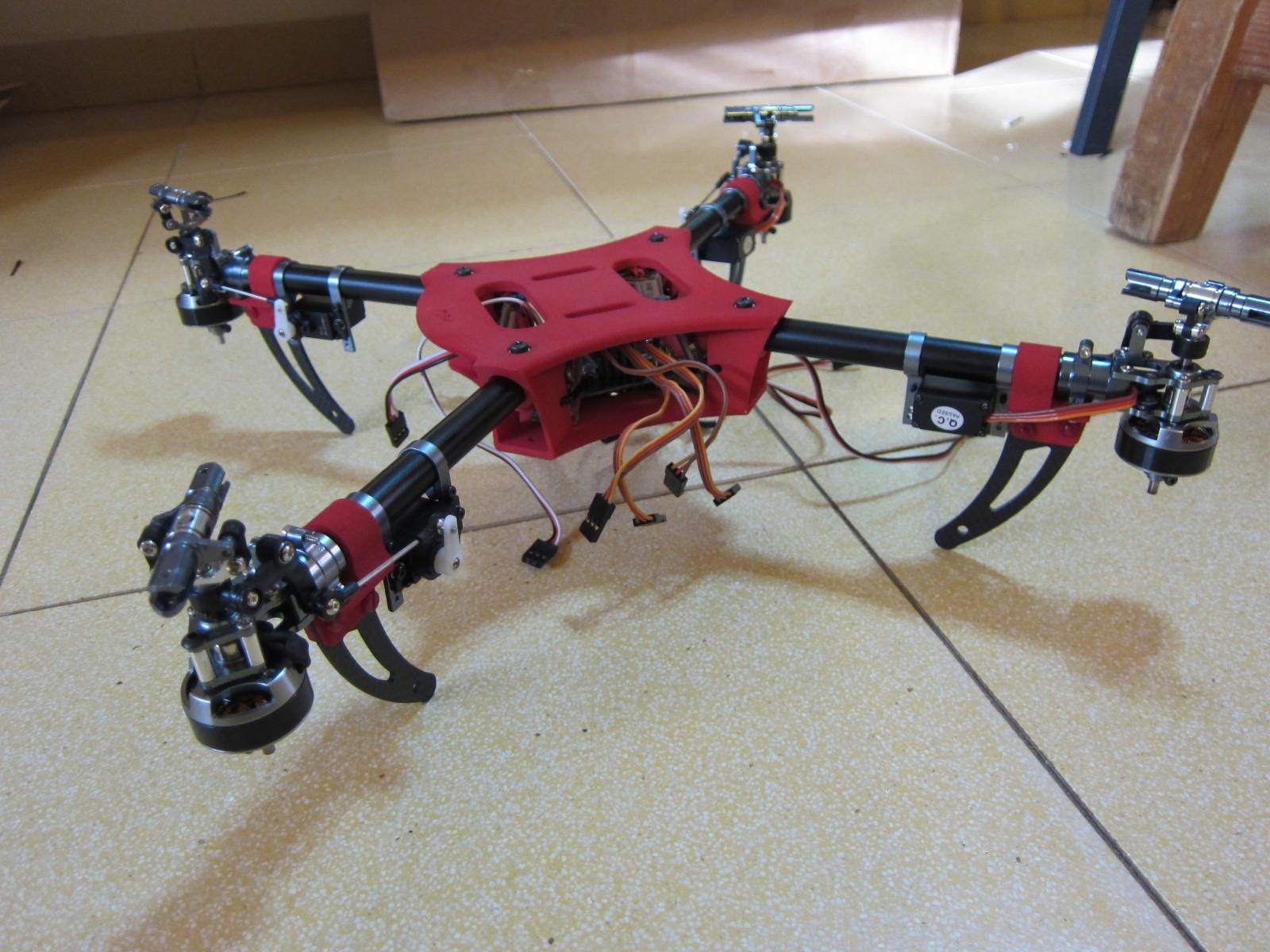 This however negates the pure simplicity that a drone provides as one of it's main advantages is that there are only as many moving parts as there are propellers.

In my opinion and others (http://diydrones.com/forum/topics/why-are-we-not-seeing-more-variable-pitch-quadcopters) the only way to provide a reliable drone is to have 6 or more propellers and lots of power to spare.

I am a career helicopter pilot who enjoys watching the development of drone technology. I can tell you for certain that this aircraft is incapable of autorotation. A parachute would be it's best option for pure simplicity. This would not guarantee a safe landing, just avoid a 'splat'. It is very apparent to me that the number one challenge of the drone industry as it relates to increased payload (passengers, cargo, luggage) is power. Drone advancement is highly reliant on battery advancement. If you have a lightweight, high powered battery system, then the sky's the limit for drones, safety and otherwise. Short of that, I'm still waiting for the big breakthrough. For now, I'd just like to see y'all drone drivers get an anti-collision light. Oh wait...more power is going to be needed for that :)

Not the answer you're looking for? Browse other questions tagged safety regulations auto-rotation quadcopter or ask your own question.

19
How does a helicopter pilot execute an auto-rotation landing?