What is a fuel tank float valve and how does it work?

This report on dodbuzz mentions a 'fuel tank float valve'. Neither google nor StackExchange seem to know what it is. What is it, why is it necessary?

I don't know about the fuel float valve of the F35A. A float valve is basically the principle used in toilet flush: A device that:

The device may rely on a float acting on a horizontal lever, or it may be a float sliding vertically along a rod.

There are several float valves on this schematics of the Boeing 737 fuel system: 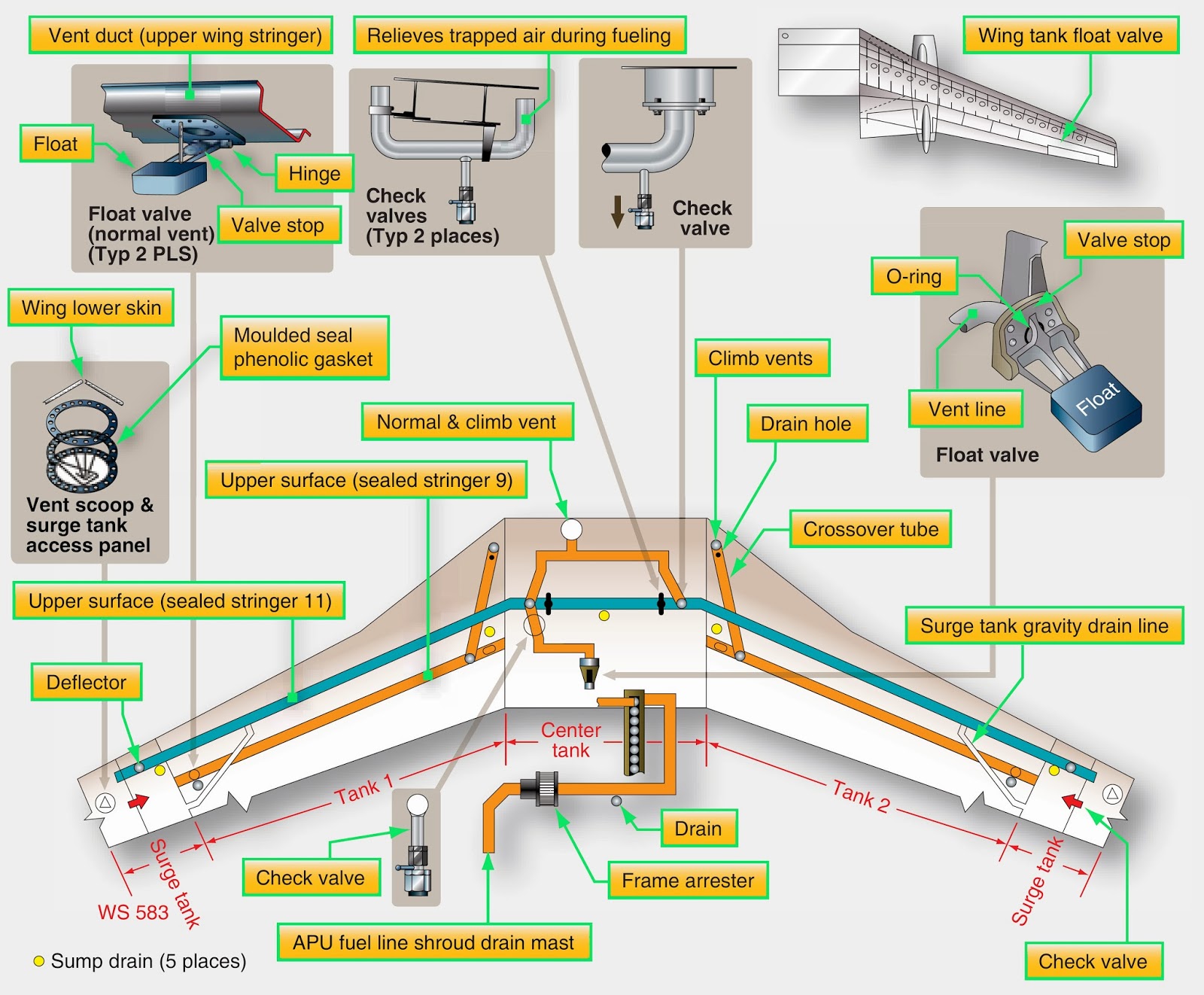 If this doesn't work, the tank may be reported as always full, as for the F35A of your report.

Going to take a bit of a stab in the dark on this one... I'm presuming the float valve mentioned is the one connected to a fuel measuring stick. In the middle of a magnetic level indicator there is a float valve external of the stick housing which contains a magnet. The indicator rod also has a magnet at the upper end I.e. The end closest the fuel. When the rod is lowered out of the bottom of the fuel tank a magnetic coupling occurs between rod and float and the level of fuel in the tank may be read off from the calibration intervals on the rod.

An aircraft fuel system uses float values in the fuel vent system. This is to ensure the fuel is vented regardless of the attitude of the aircraft or the quantity of fuel on board. Especially on larger aircraft and in larger tanks, there will be multiple vent locations in the same tank.

Not the answer you're looking for? Browse other questions tagged fuel-tanks fuel-systems or ask your own question.

12
Cessna 172/182: Should I set the tank selector to the R.H. tank after parking the airplane?
10
What to do with excess fuel before flight?
12
How do fuel trim and air bubbles prevention work in inverted flight?
0
Why doesn't the Convair 580 have check valves to prevent inadvertent fuel transfer?
6
How is fuel drawn from drop tanks in WW2 airplanes?
8
How can the fuel decrease evenly from both wing tanks when an A320 is running on APU only?
2
Use of a solenoid valve over a selector valve
0
What extra components does a fuel tank have?