What is this extension/device on top of the wing of this ultralight? 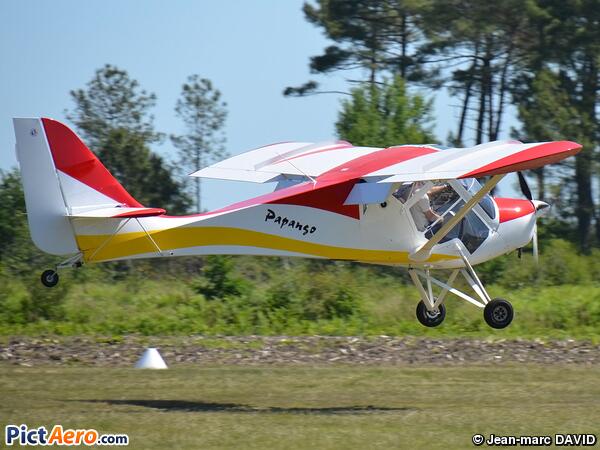 The wings are more elaborate compared to its predecessor's and include on their top two additional extensions/devices.

What are they? Any aerodynamic role or just for aesthetic sake?

Those are wing fences and they prevent airflow perpendicular to the direction of travel. This isolates the portions of the wing and allows the inner wing to stall independently of the outer wing.

Since the wing uses flaps, the inner portion will create more lift and stall (separation of airflow on the upper wing leading to loss of lift) at a lower angle of attack. Wing fences prevent this stall from extending over the outer part with the ailerons, so the airplane will stay controllable in a stall and will not suddenly drop one wing.

Not the answer you're looking for? Browse other questions tagged aircraft-design wing ultralight or ask your own question.

26
What is the purpose of the small fins on top of the wing surface of Boeing aircraft?
12
Which parts of class E airspace can an ultralight (part 103) fly in without prior ATC authorization?
2
What are the costs involved with getting a 2 seat ultralight?
3
What is the wing span in aspect ratio's calculation?
3
For slow-flying ultralights, how would a delta wing compare to a biplane layout of equal wing area?
8
Why is the tail group of virtually every airplane swept instead of straight?
3
Why did this delta wing generate a lower Cl at a higher wind tunnel velocity?
9
Why was the B-52's wet wing more susceptible to fatigue than its dry wing, and not less?
3
Why don't aircraft owners put vortex generators on the top of their flaps to extend single flap lift creation past 40 degrees?