Can you climb at Vxse when you cannot at Vyse in a multi-engine aircraft?

Let's assume that you took off in a seminole and had one engine suddenly failed, say, at 400 feet AGL. You right away pitch for 88 knots (Vyse) to keep climbing, yet you start to descend because the density altitude is too high. In this situation, would pitching up for 82 knots (Vxse) give me a chance to climb back? Or would it only give me a greater descent rate?

I'd recommend reviewing Chart 5-23 from the PA-44 POH - Climb performance one engine operating - gear up for specific numbers based on aircraft weight and atmospherics. 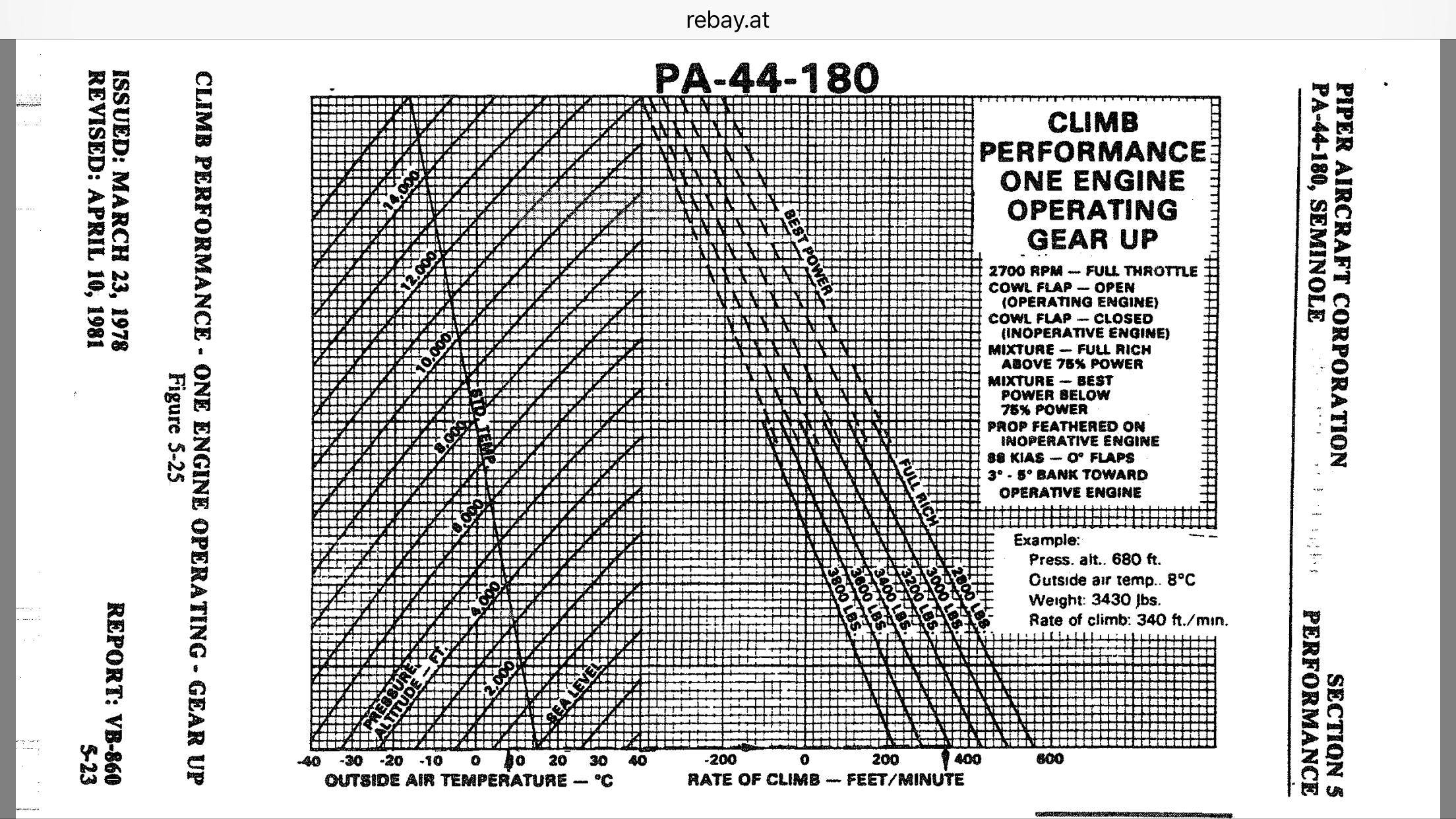 11
How quickly can a hot air balloon climb?
14
Does a headwind affect the climb gradient?
8
Can a Boeing 747 or A380 climb with only one engine?
1
Why do some multi-engine aircraft have accelerate-go distance in their performance charts and some don’t?
3
How is maximum rate of climb defined in aircraft specifications?
2
What is the climb-out angle of a twinjet upon one engine failure scenario?
1
Why is there no lift component when calculating rate of climb?