Did the contemporaries of the F-14 also have automatic swing wings?

The F-14's Central Air Data Computer was a innovative design, using microprocessors for its implementation. This computer was used to control the swing wings of the F-14.

How did the contemporary aircraft to the F-14 achieve the same functionality? There were many variable-sweep wing aircraft constructed in the 60's and 70's such as the Mig-23 and the Su-17.

[The] MiG-23 had a completely manual wing sweep control. But there was no gauge to indicate optimum wing position for the surrounding conditions. "You had to manually put the wings into position to safely fly the airplane," (...) "They had a very nice gauge that showed where the wings were commanded to, where the wings actually were if they were still in motion, and what the Mach limit was associated with that wingsweep position." 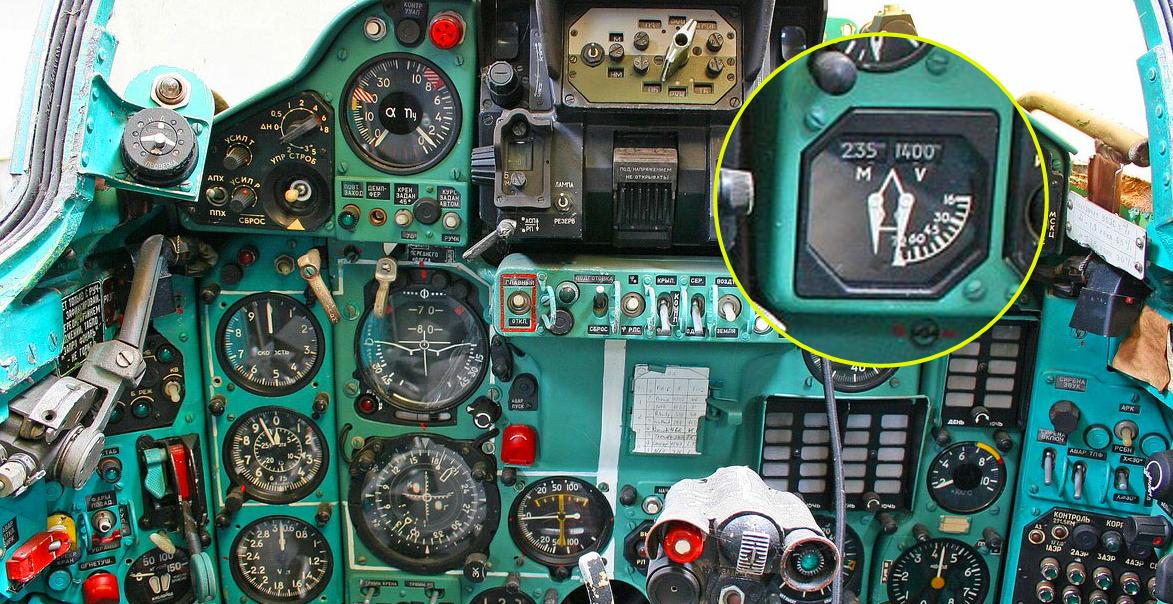 It started as a two-position wing, then it was upgraded1 so that the wing can stop anywhere between 30° and 63°. This improved the flight range.

Below, КРЫЛО means wing. And ОТКЛ means off, or deactivate (ОТКЛЮЧИТЬ). This leads me to conclude it too was manual despite the advanced avionics the Su-17 family carried. 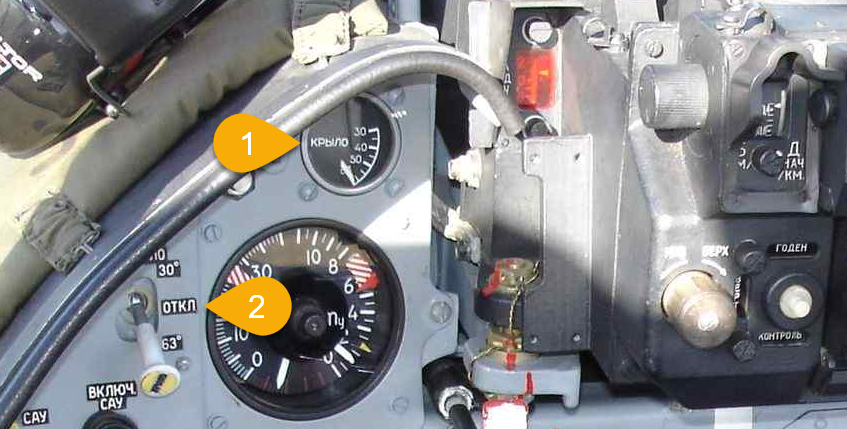 (primeportal.net) The wing control switch and position indicator are on the left glareshield.

Not the answer you're looking for? Browse other questions tagged aviation-history avionics wing-sweep f-14 or ask your own question.

13
What are the advantages and disadvantages of an oblique wing over a swing wing?
17
Why does the U-2 Dragon Lady not have swept wings?
32
Why did the DC-3 have wing sweep?
3
Why was Energy Maneuverability theory not applied to the F-14?
42
Other than a swing wing, what types of variable geometry have flown?
8
For aircraft with variable-sweep wings, how unstable is it to have each wing in a different position?
1
How did they solve the compressor stall issue of the F-14A in the B?