How does a jet fighter landing flare compare to a civilian plane?

How does a jet fighter flare compare to a civilian plane?

It's just 1 question. The bullet-points are just there to illustrate things in the answer I would like clarification of (which are all flare related).

It all depends on the aircraft for specific handling qualities, but for the most part they are flown just like any other large turbojet aircraft.

Some things to keep in mind about their specific handling: Jet fighters with the thin, low aspect ratio wings are really power dependent and glide about as well as a brick. Therefore they will be flown with power all the way to the runway until the roundout commences.

Like other large jets, fighters are flown at optimal angles of attack, the speed at which to achieve this is dependent upon the aircraft's landing weight. This can vary between 110-160 or so knots depending on the aircraft in question. The optimal angle of attack is available to the pilot in the form of an optical AoA indexer and either an AoA indicator or a graphic reference in the pilot's head up display (the 'E' Bracket).

Pilots will line up for final at Vref + 10 kts or so, align with the optical glideslope eg PAPI, etc and establish the optimal speed for the approach and power settings. An ideal sight picture from the jet will be to line up on runway centerline, have the Flight Path Marker in the HUD aligned with the PAPI or numbers and the E-Bracket centered on the flight path marker. Power corrections should be made to hold this sight picture as needed; in the case of a fighter, gently walking the throttles should be all that is required. Roundout will be commenced considerably higher than one would in a light GA aircraft so that the jet arrives at the correct roundout altitude of 1-2 feet and correct attitude for the approach, once the roundout commences, power will be pulled to idle, allowing the jet to gently settle on the runway. Flaring is not done quite like a commercial jet due to the difference in handling characteristics between the two due to the high wing loading, stores drag and a few other features found in fighters.

Most terrestrial based fighters are flared; naval fighters are often not and are flow to impact with the runway so the pilot can maintain proficiency in the techniques required to do arrested landings on aircraft carriers or log practice approaches with FCLP or Field Carrier Landing Practice. Even terrestrial air forces who operate naval fighters in their air force - one I can think of right now is the Canadian Air Force - teach no flare landings to their pilots; not surprising as the CAF CF-18 syllabus was copied and adapted from the USMC F-18 training syllabus from MCAS Cherry Point.

One difference is most military fighters approach with a very high angle of attack (except carriers where the aircraft is on the verge of stall) - note how far off the ground the nose wheel is on the fighter compared to the airliner. Civilian or transport aircraft approach nearly flat and touchdown with the nose wheel modestly off the pavement and much less incline.

I don't know about military transport, but fighters depend almost exclusively on AOA for energy management. I would guess the AOD (angle on the deck) is twice or three times as much for the fighter.

The other oddity (at least in the F4) is you need to land with about 60-70% power. That was hard to get use to. I kept wanting to chop the power over the fence - wrong thing to do. You need to fly it all the way to the ground. 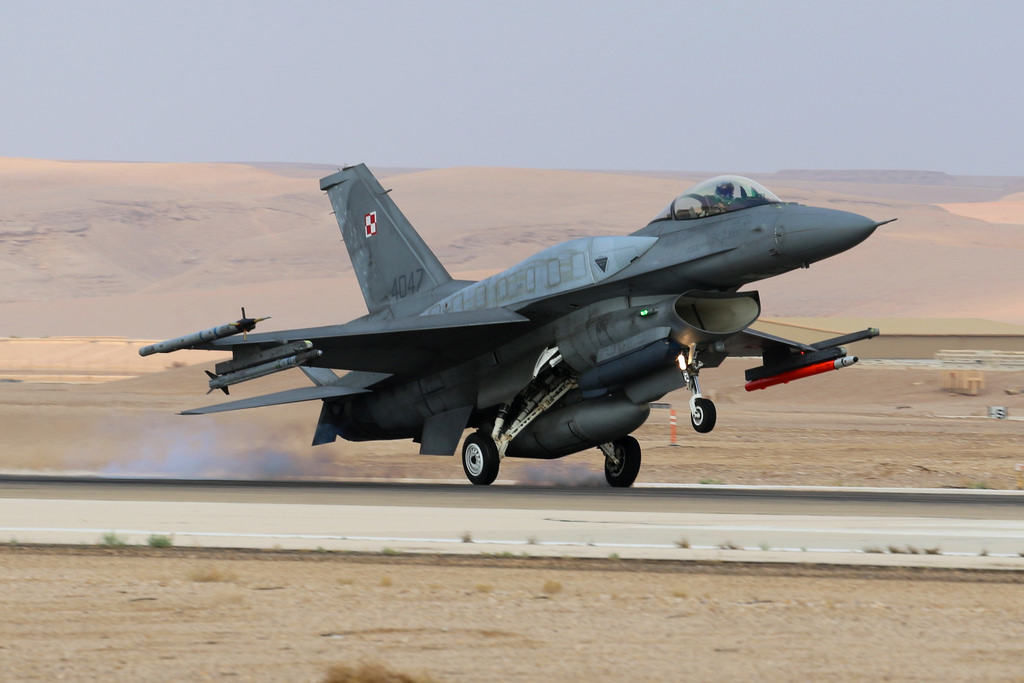 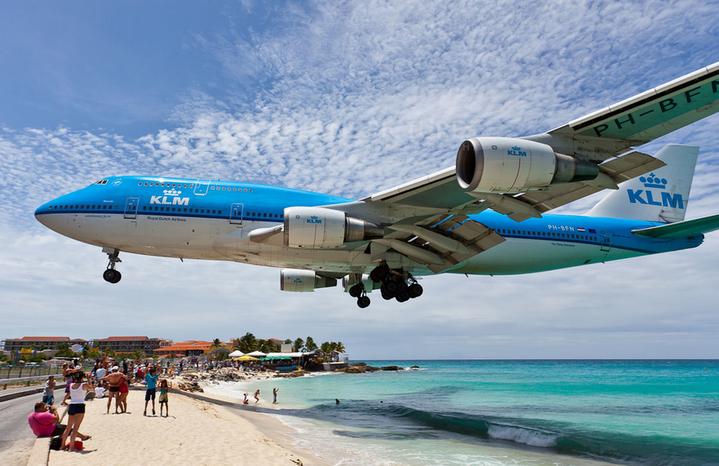 We fly our approaches with the AoA indicator. The flare is more sight picture, as the way many maneuvers are taught, and feel, so we aren't really holding off for a specific touchdown speed, but it often ranges in the 140 KIAS region depending on the specific jet and weight. The mantra in your head as you are landing is "aimpoint, airspeed, aimpoint, airspeed" and the flare does not begin until you are over the runway surface. We hold the flare until the mains touch the tarmac then let the nose down (except for touch-and-goes, where, unlike civilian training, we do not let the nosewheel down), the attitude is not flattened out before landing, flare until you are on the ground. The mains are close together, so directional control is crucial on any fighter style aicraft. I have a T-38 main landing gear tire in my garage that the mechanics gave to me after it blew out on one of my landings (nothing wrong with the landing, the tire had finally given up the ghost after having the crap kicked out of it by the hundredth student). Yes, you can flare too much and scrape the feathers, so maintaining the correct sight picture is necessary. Hope this catches all of your questions.

Not the answer you're looking for? Browse other questions tagged landing jet fighter pilot-technique or ask your own question.

30
Can a fighter jet land on a modified airliner?
34
Do fighter jet pilots ever use autopilot?
9
On which part of the descent does a pilot begin to flare?
21
How does a fighter jet perform good and quick maneuvers with such small wings?
9
What is the best way to align with centerline on final, rudder or slip?
6
How does a jet fighter with water-skis land safely?
23
Would it be feasible to build a jet fighter plane based on a wooden construction?
2
What kind of jet fighter is this?
-1
Is it okay to purposely stall a small single-engine aircraft just before touch down to get a good flare?