Why do slats deploy first?

LE Flap and slat schedule as it relates to TE Flap position for the 737-300: 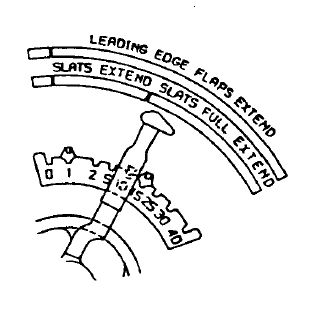 The slats help to protect the outer wing from stalling when the flaps deploy. The outer wing carries the ailerons, so there are no flaps, but the flaps inboard will induce more lift on the whole wing, raising the effective angle of attack even in the aileron section. Slats push the stall angle of attack up. Without the protection provided by the slats, the outer wing could stall, and if this happens on one wing first (very likely, there are many reasons for flow asymmetry), the aircraft will roll violently. To do so during an approach is not good at all.

Look at aircraft with powerful flaps: They all have slats at least on the outboard wing to avoid outer wing stall. One goes with the other.

What you can see here is that as the slats deploy, the lift coefficient in theory for the same angle of attack remains relatively unaffected. Only the angle of attack at which stall is reached is increased.

This may be sensible because it increases the safety margin before deploying flaps particularly as these will increase drag which if left with the same power setting will increase the angle of attack to maintain the same vertical speed.

Been long time since I learned this, but if memory serves me the slats produce more lift for less drag (more "bang for your buck"), whereas flaps are the reverse. On typical airliner (I'm a 767 captain at AAL) slats reduce your stall speed an average of 30 knots.

14
Is roll control achieved exclusively with spoilers on an A320 on final approach?
8
Why is there a difference between aileron upwards and downwards deflection angles?
6
What is the purpose of extending one degree of flaps (perhaps with spoilers)?
5
Why have high lift devices on both leading and trailing edge?
4
How does the extension of inboard flaps raise the effective critical angle of attack of the outer wing?

10
Why do similar Airbus and Boeing aircraft use different flap and slat mechanisms?
14
Why are the outboard Krueger Flaps retracted before the others on the B747?
1
How to calculate the forces and moments required to aerodynamically actuate slats?
7
Why does the A320’s maximum allowable aileron deflection decrease, rather than increase, when the flaps are extended?
5
Do leading edge flaps increase the critical angle of attack?
11
Why are Krueger flaps called flaps and not slats?
18
Why is the DC-9-80 ("MD-80") prohibited from taking off with a flap setting between 13 and 15 degrees?
3
Why do fixed slats have a cusp?
10
Can flaps on Airbus/Boeing airliners be deployed at high speeds during cruise, still?