It's a general question, but I am interested in the Republic P-47. 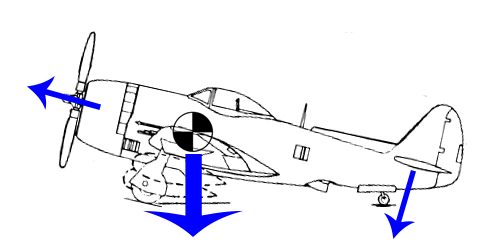 (Wikimedia; arrows and CG icon are my additions) P-47 side drawing.

The thrust has a bigger moment arm around the tires contact points compared to the weight. It won't nose over below a certain RPM (it will be specified in the training). Below that RPM:

From a training video for the comparable big-engined F6F Hellcat, the narrator says:

You can't gun this engine to full takeoff RPM and manifold pressure while holding the plane with the brakes, if you exceed 2,000 RPM the tail will lift and you risk nosing over.

Answer is yes it can happen.

This was also an issue when doing maintenance. For engine ground running at full power, the tail of the aircraft was weighted down to stop the aircraft tipping over the front wheels.

You can see the "saddle bag" and weights hung over the fuselage in front of the tailplane in this still from a video of a WWII Spitfire ground run:

Depends on the elevator input

As long as the stick is held back, as it should be for any kind of runup, then the elevator would be applying plenty of downward force.

Now, without the elevator input to cancel it, the pitchover torque might nose over an airplane, and it might not take one of those big WWII engines to do it.

There is a force directed aft at the interface where the (brake-locked) wheels meet the ground that is equal to the force forward along the propellor shaft. This force is multiplied by the distance between the extension of the prop shaft and the ground between the wheels to create the torque.

It's the same torque, but with opposite magnitude, as that which produces the hotrod wheelie maneuver. (And the torque is there with or without the wheelie, which is why FWD cars don't make good drag racers.)

It will be worse for an airplane with long gear legs that sits well off the ground.

If the static thrust or the elevator moment is high enough, it could happen. I've always wondered what would happen if I didn't hold the stick back on runup.

Update: Addressing comments ... well, it might take a little unfavorable wind too, certainly airplanes have nosed over, see below, on (perhaps downwind) runups, but note that on the takeoff roll in a tailwheel airplane, the tail comes up quite early on, and that's with neutral stick inputs, so one can only imagine that it could happen pretty darn fast with any reckless amount of forward stick.

Apparently, even nose wheel airplanes can do it, I believe this is a Cessna on the runup pad at KSQL: 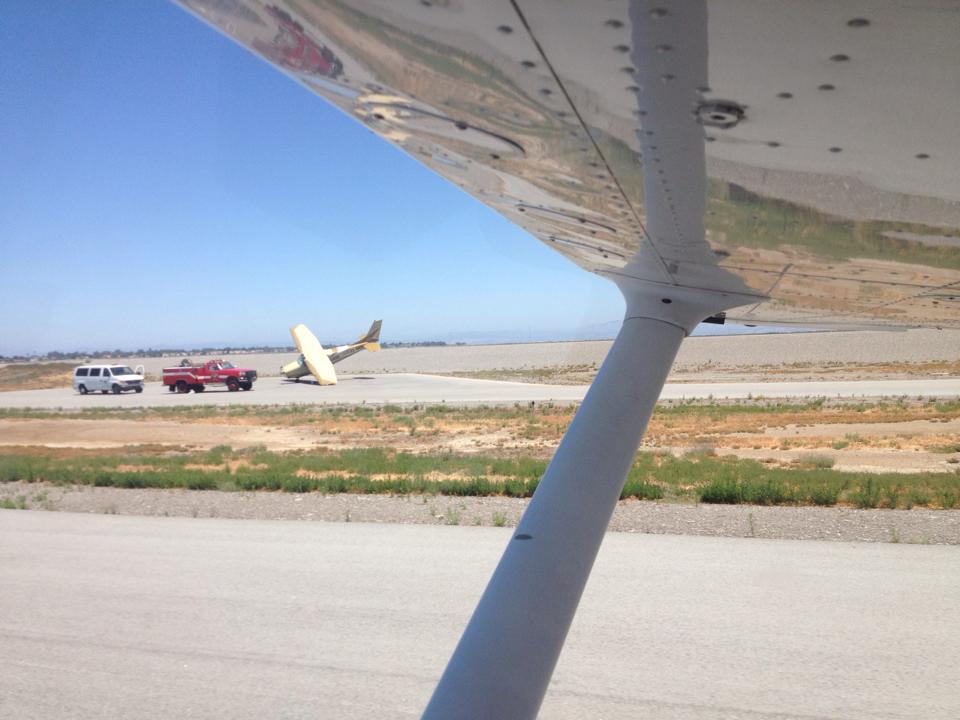 It depends on what position the elevator is in! As long as there's enough back pressure, there's not going to be an issue. If you were to push FORWARD, then the plane would go over onto its nose. I've got some experience with this in X-Plane, and it's definitely possible. If I was involved in a similar engine run-up, I'd want some sort of tie-down on the tail if the plane was to remain stationary, to avoid the possibility of the pilot bumping the stick and shoving the plane over.

Not the answer you're looking for? Browse other questions tagged stability braking fighter tail-dragger or ask your own question.

5
Do parking brakes lock the wheels and airframe together?

12
What are the relative braking contributions from wheel brakes, spoilers and thrust reversers?
8
Can anybody confirm which aircraft is in this picture?
8
Does the 747-8 / A380 nose-wheel encounter more weight during braking?
4
Engines more powerful than the brakes?
12
Is aerodynamic braking really effective?
1
What are the three sources that are relayed to the brakes and steering control unit of an A320?
27
Why are thrust reversers not used to slow down to taxi speeds?
1
How much energy does unretracted landing gear consume?
14
What causes a Cessna 172 and its gear to shake violently after landing and braking?