Why do most commercial aircraft have their fuselage over the wing, instead of under? [duplicate]

Ask Question
Asked 5 years, 1 month ago
Modified 3 years, 3 months ago
Viewed 3k times
6
$\begingroup$
This question already has answers here:
What are the pros and cons of high-wing compared to low-wing design? (9 answers)
Closed 5 years ago.

Almost all commercial jets today seem to have the fuselage/cabin mounted above the wing, why is this? why isn't it mounted under the wing like some freight airplanes?

Examples of above and under? 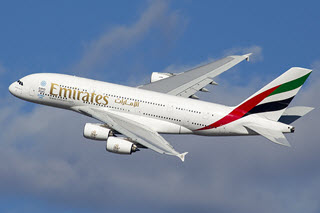 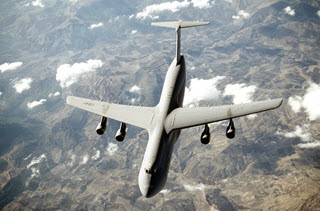 The related post, What are the pros and cons of high-wing compared to low-wing design?, does not address the passenger airliner related aspects.

Large commercial aircraft have low wings to stow away their long landing gears. Long gears make it possible to stretch the fuselage and still be able to rotate during take-off. Stretching makes it possible to tailor one basic design to a wide range of sizes, lowering the price of a single aircraft.

Large high-wing aircraft with their low fuselage position are easier to load and unload, at the price that the fuselage taper has to start shortly aft of the landing gear, so no stretching is possible. The military doesn't mind and prefers the high-wing variety. That Lockheed likes to stretch their transports (C-130, C-141) anyway is the exception that proves the rule.

Only turboprop-powered civilian aircraft may have a high wing, so there is more space for the propellers and the landing gear can be made short and light. Still, both versions exist. And the ones where the engineers did not know how to attach a jet close to the wing.

Aerodynamically a mid-wing position would be best. This is used when the payload is compact and needs little space, or is hung externally. In bombers, in other words.

In terms of stability and control both configurations are equivalent.

Not the answer you're looking for? Browse other questions tagged aircraft-design airliner wing fuselage or ask your own question.

26
What is the purpose of the small fins on top of the wing surface of Boeing aircraft?
17
Why are modern regional jet designs shifting towards under wing engines?
16
Have we seen the last significant experiments in the configuration of jet airliners?
21
Why the lack of faster piston-powered planes?
29
Why do most airliners have underwing engines, while business jets have rear-mounted engines?
18
Why have propeller engines never been mounted on the tail in production transport aircraft?
3
Are horizontal engine pylons generally shaped to provide lift (in either direction)?