I was watching the following video of the Russian Knights and Swifts aerobatic teams flying together in formation. The contrast in the size of their airplanes is striking.

Why was the Su-27 designed to be so much larger than the MiG-29?

Do the two planes have very different missions? 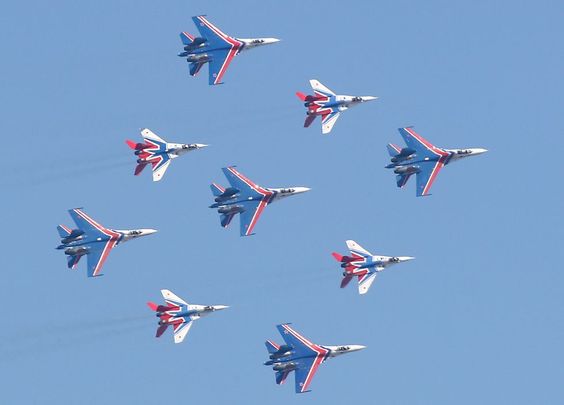 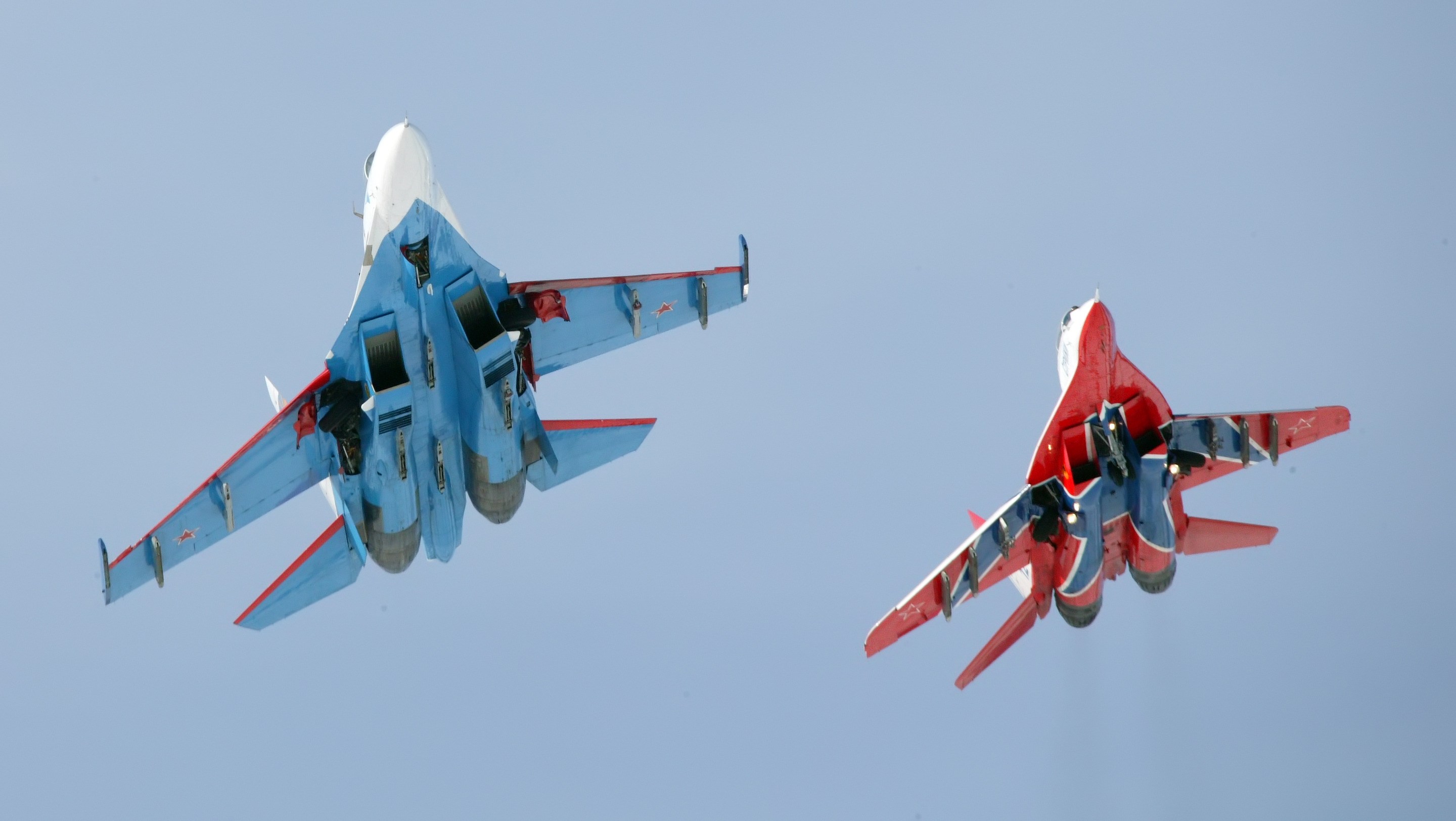 The Su-27 and Mig-29 were the result of high-low concept subscribed by both the USAF and Soviet Air Force (VVS) in the 1970s. Basically, this involved the development of two different fighters, a high performance medium weight fighter crammed with every advanced technology (which made it expensive) and a low cost light weight fighter to make up the numbers.

In this direction, the USAF announced the FX (Fighter eXperimental) program, which resulted in the McDonnell Douglas F-15 Eagle (designed to counter the misunderstood Mig-25), followed by the LWF (Light Weight Fighter) competition, that gave birth to the General Dynamics F-16 Fighting Falcon.

The Soviet equivalent of these programs was the PFI( Perspektivnyi Frontovoy Istrebitel, Perspective Frontline Fighter), which called for a high performance multirole aircraft to counter the new generation US aircraft and the LFI (Lyogkiy Frontovoy Istrebitel, Light Frontline Fighter), which called for a low cost fighter with respectable ground attack capabilities.

The PFI was required to operate 250-300 km beyond the frontline, with sizeable internal fuel and a comprehensive Communications, navigation, avionics and weapons suite. The LFI, on the other hand was required to operate 100-150 km beyound the frontline, while being easy (read cheap) to build and maintain and capable of using semi-prepared strips while carrying limited armament (initially limited to a couple of medium range AAMs and gun). 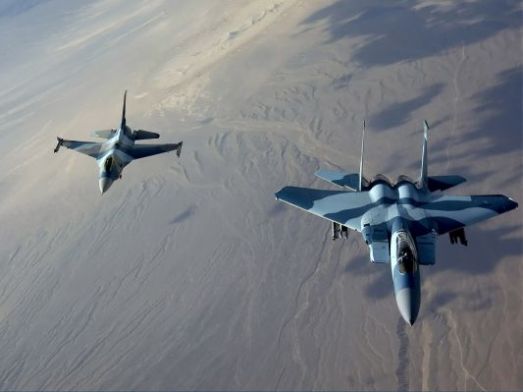 F-15 and F-16; image from sunketh.wordpress.com

The Su-27 was design to fly escort for long distance bombers, whereas, the Mig-29 was designed for front line action. This distinction in the primary mission of the two aircrafts becomes apparent when you look e.g. at the range.

Not the answer you're looking for? Browse other questions tagged aircraft-design fighter russia su-27 mig-29 or ask your own question.

13
Why is the MD-80 magnetic compass behind the first officer's seat?
12
Why was the U-2 so different from the SR-71?
10
Can jet fighters be made to be 2 or 3 times bigger than they are today?
33
Why is there a white line on Russian fighter jets' instrument panel?
27
Why use an airplane with non-retractable landing gear for aerobatics?
27
What is that device on an Su-27 pilot's helmet?
32
How could “aggressor” pilots fly foreign aircraft without speaking the language?
8
Why does the MCAS use the horizontal stabiliser rather than the elevators?
12
Why wasn't the 737 MAX's landing gear lengthened enough to mount the engines under the wings, rather than in front of them?