What are the aerodynamic advantages and disadvantages of the Weltensegler wing?

What are the aerodynamic advantages and disadvantages of the Weltensegler Wing?

Would this kind of wing configuration come to help for a glider? Is there any difference between them and gull wings? What are the aerodynamic advantages of gull wings? 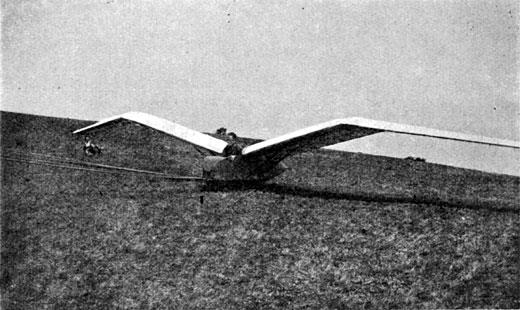 The inspiration for the Weltensegler wing were birds. The reason for their wing shape is structural, however, not aerodynamic. Your photo shows the 1922 version, called "Baden-Baden Stolz", which was a follow-on to the original and more ambitious version of 1921. The 3-side-view below shows the planform (picture source). However, this airplane never flew, which probably saved the life of its pilot. While pitch and limited roll control was possible with the elevons on the outer wings, no consideration was given to directional control. 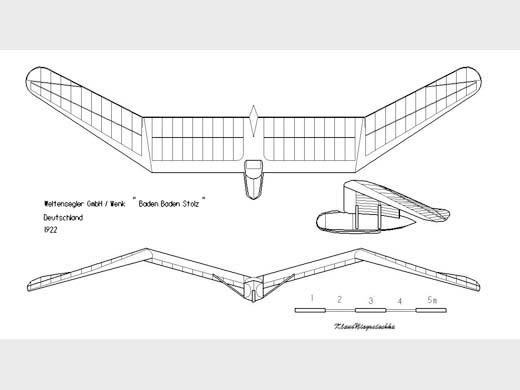 The 1921 version was controlled by warping of the outer wings, the washout of which was controlled with pulleys and springs. The idea was that this would help to adjust the wing shape to flight speed. The picture below shows the first and last flight, which is historically significant as the first glider flight in which a considerable gain in height was achieved. However, it ended in a spiral dive which killed its pilot (picture source).

Weltensegler is actually the name of the company which was founded by Friedrich Wenk. Alexander Lippisch was one of his employees.

The configuration cannot be recommended for a glider. It is much better to have a straight inner wing and dihedraled outer wings, as explained in this answer. The anhedral of the outer wings of the Weltensegler wings will produce a downforce on the windward wing, rolling it into the wind which is the opposite of what is needed for coordinated flight. Other configurations using an "M"-shaped wing did so for different reasons and use rudders and much more anhedral on the outer wing panels.

55
What's the advantage of the F4U Corsair's gull wing design?
10
What advantages come with the wing on the Boeing Bird of Prey?
4
What kind of dihedral would be most stable?