What is this WWI aircraft?

I recently acquired what appears to be an extremely rare photograph. It was purchased at an estate sale auction in Europe. The photo was listed simply as "Flieger in seinem Doppeldecker "Bülow" (aviator in his biplane "Bülow"). No other I.D. 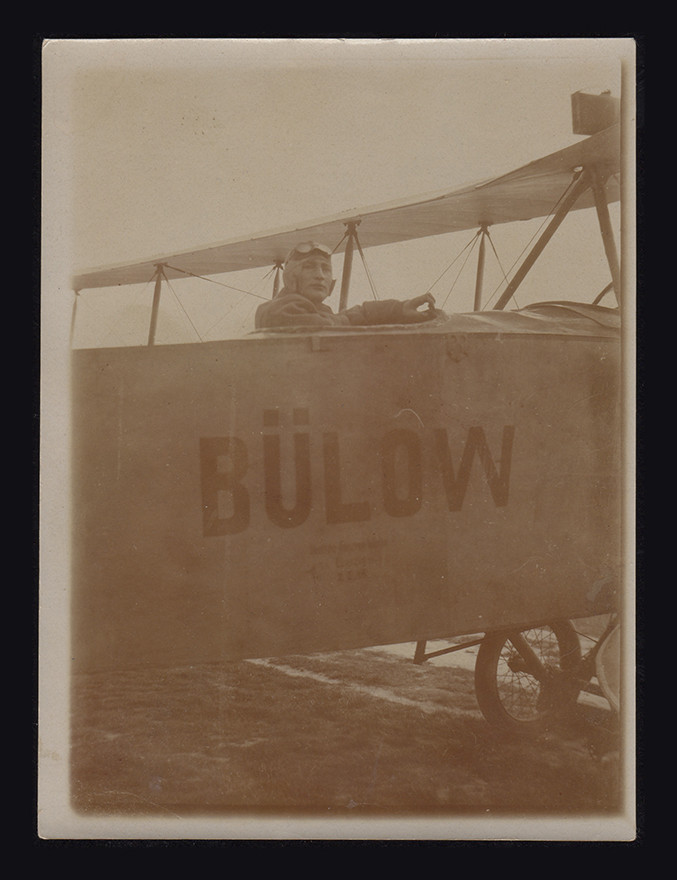 The "Flieger" is recognizable as Ace Leutnant Walter von Bülow, but he seems to be sitting in the rear seat, of a 2-seater biplane. This is evidently a photo from very early in his service (FA22? FA300?), before he joined Jasta 18 where he flew an Albatros D.III. This plane is clearly no Albatros D.III.

Based on the triangular bracing over the fuselage, I suspected this could be some AEG or Rumpler design. What's leaving me completely confused, is that the wings have a third pair of struts, just visible at the left edge of the photo. Could this be a single-engine two-seater bomber of some type?

The photo doesn't give much to go on, but I know this aircraft must be from early in the war; probably pre-1917.

Can anyone help me identify this plane? 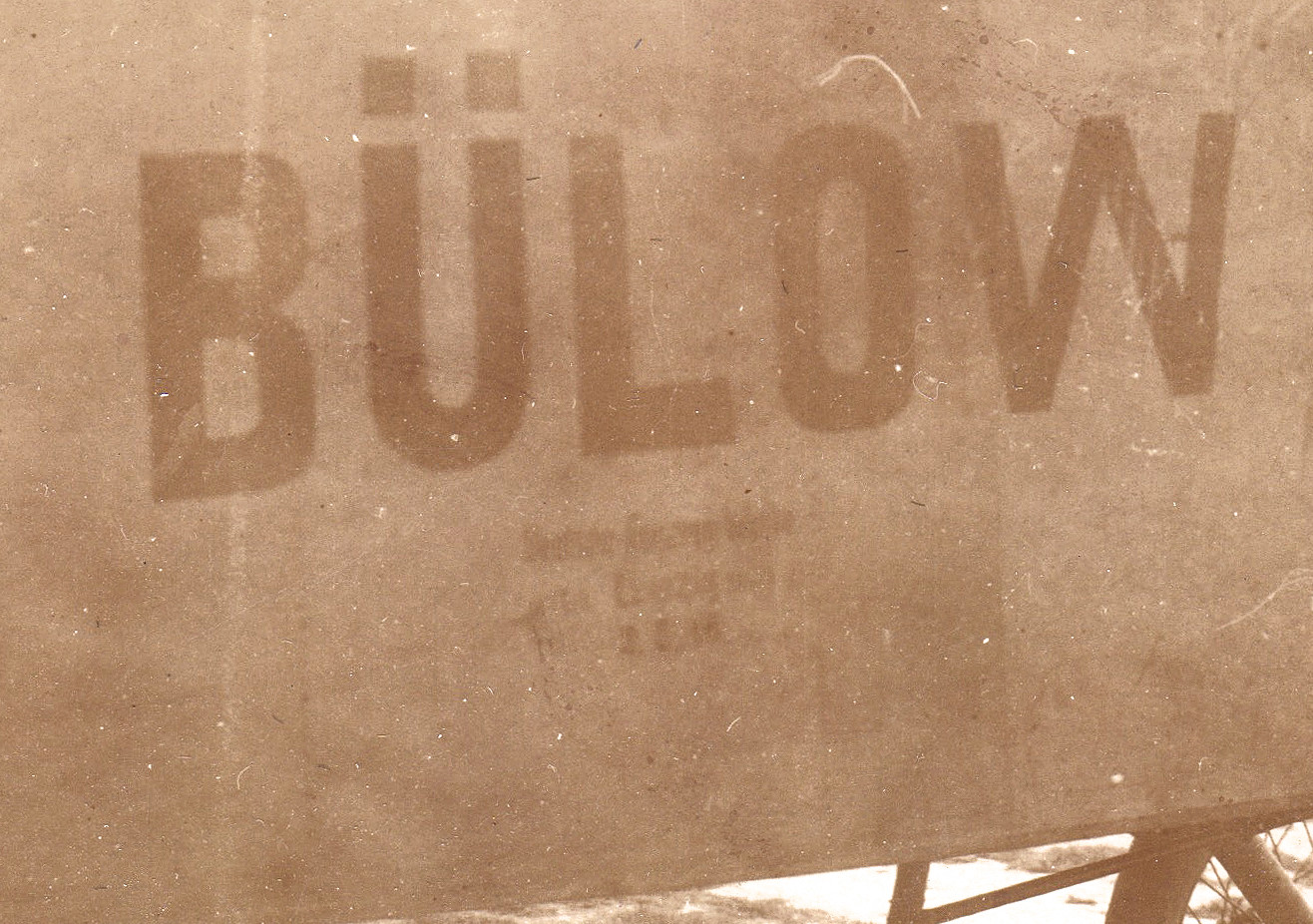 My best guess for the text below BÜLOW is "Deutsche Flugzeug Werke (newline) Leipzig".

Having three pairs of struts on each wing would make it a DFW B.I, C.I or C.II, as later models only had two pairs of them. 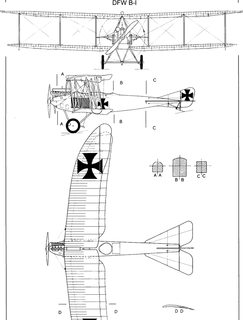 The small gap between the wings matches the photo too.

While some prototypes got a machine gun, the standard version of the DFW B.I was unarmed.

According to the book "German Aircraft of the First World War" (Peter Gray & Owen Thetford) the only difference between the C.I and C.II version is the position of the pilot (C.I: pilot in rear seat). Another source mentions the change of the machine gun from Parabellum to a synchronized one. A synchronization gear only makes sense attached to a fixed machine gun below the upper wing.

With a gun over the upper wing and assuming that Bülow is sitting in the pilot's seat, I'd say that the airplane is a DFW C.I.