What would happen if a takeoff is not rejected following an elevator malfunction?

A few weeks ago, the University of Michigan basketball team was on a plane that was in an accident.

How bad could this have been? From my understanding the issue was here: 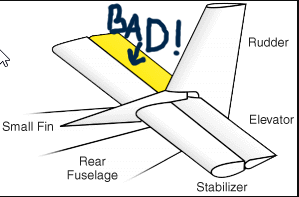 Is this the kind of thing that is checked before takeoff? From my understanding they were traveling at nearly 200 mph when the pilot rejected takeoff.

EDIT: What would have happened if the takeoff wasn't rejected?

There are a number of scenarios that I can see happening, most of which depend on the aerodynamics specific to the aircraft.

Scenario 1: Nose Down Force > Up Force

Scenario 2: Nose Down Force < Up Force

If the pilots were able to get the aircraft into the air, and the asymmetric elevator didn't act like ailerons, they would probably have noticed that the aircraft would easily pitch down but be very difficult to pitch up. They would have noticed that as they got faster, pulling back on the stick would have resulted in less of a pitch up. Depending on the pilots, if they noticed this quick enough they could reduce power and control it for a landing. If they didn't realize what was going on and remained at TOGA power, they may have pitched into a stall.

If the elevators had enough of a roll effect, it would cause the aircraft to roll. They could have probably countered this with opposite aileron, but depending on the amount of up force versus down force scenario 2 would have taken over, only now they would have difficulty turning. (As per Kevin) The asymmetric deployment with the elevator at the top of the tail may create a yaw component, so the aircraft may also be slipping. This can put a lot of force on the tail, especially a twisting force as the pilots put in rudder to counter the yaw.

What it really all boils down to is that the pilots were probably right in rejecting the take-off, and probably would not have noticed the problem until Vr, which is after V1. Learning how to fly a crippled aircraft is not something you want to do at low altitude. If they did get it up and managed to get it in the air, they probably would have gained as much altitude as possible and spent time learning how to fly it while burning off extra fuel. This is pretty much what happened with United 232, where they had to learn how to fly the aircraft again.

Were the pilots right? Probably, but I believe they really didn't have a choice. I'm not sure that the aircraft would have rotated at all. Once they hit Vr and realized they couldn't get the nose off the pavement, it takes a couple seconds to make the decision to pull the power and hit the brakes. At 200mph you are traveling 293 feet per second. If they took 3 seconds to realize the problem and power down, that is almost 900 feet of runway gone.

Not the answer you're looking for? Browse other questions tagged takeoff elevator rejected-takeoff or ask your own question.

10
In an aircraft with tab-flown control surfaces, how can a jammed surface be detected during preflight examinations or flight control checks?

12
What Boeing 747 rejected takeoff and runway excursion accident is detailed in this video?
7
What degree of elevator deflection is required to takeoff?
20
What is the procedure for a rejected Jet/Rocket Assisted Takeoff (J/RATO)?
15
Why would pilots "call the company" after an aborted takeoff?
15
Is it normal practice to use 25 degrees of flaps when taking off at max weight in a PA-28-181?
25
What are the effects of a rejected takeoff?
2
Why don’t aircraft undergo contaminated-runway landing-distance and rejected-takeoff certification testing?
1
What is the rejected takeoff procedure for a blown tire?
5
Does the MD-90 use a different elevator system from the other DC-9 versions?