Were there any instances of aerial combat between helicopters?

Were there any cases in history where two attack-helicopters like AH-64 and MI-24(for example) were involved in an air fight between each other?

In the Iran-Iraq War, Wikipedia:

The war also saw the only confirmed air-to-air helicopter battles in the history of warfare, with Iraqi Mi-25s flying against Iranian AH-1J SeaCobras on numerous occasions. The first instance of these helicopter "dogfights" occurred on the first day of the war (22 September 1980): two Iranian SeaCobras crept up on two Mi-25s and hit them with TOW wire-guided anti-tank missiles. One Mi-25 went down immediately, the other was badly damaged and crashed before reaching base. The Iranians won a similar air battle on 24 April 1981, destroying two Mi-25s without incurring losses themselves. According to unclassified documents, Iranian pilots achieved a 10-to-1 kill ratio over the Iraqi helicopter pilots during these engagements and even engaged Iraqi fixed-wing aircraft.

These would be pretty loosely classified as a "dogfight" since the Iranian AH-1J's "crept up" on the Mi-25's. It is doubtful that the Mi's did any kind of evasive maneuvering or that the AH's did any kind of aggressive pursuits, but it is air-to-air combat between helicopters.

The page from the Mi-24 page gives a little more detailed report:

This war also saw the only confirmed air-to-air helicopter battles in history with the Iraqi Mi-25s flying against Iranian AH-1J SeaCobras (supplied by the United States before the Iranian Revolution) on several separate occasions. In November 1980, not long after Iraq's initial invasion of Iran, two Iranian SeaCobras engaged two Mi-25s with TOW wire-guided antitank missiles. One Mi-25 went down immediately, the other was badly damaged and crashed before reaching base. The Iranians repeated this accomplishment on 24 April 1981, destroying two Mi-25s without incurring losses to themselves. One Mi-25 was also downed by an IRIAF F-14A.

The Iraqis hit back, claiming the destruction of a SeaCobra on 14 September 1983 (with YaKB machine gun), then three SeaCobras on 5 February 1984 and three more on 25 February 1984 (two with Falanga missiles, one with S-5 rockets). After a lull in helicopter losses, each side lost a gunship on 13 February 1986. Later, a Mi-25 claimed a SeaCobra shot down with YaKB gun on 16 February, and a SeaCobra claimed a Mi-25 shot down with rockets on 18 February. The last engagement between the two types was on 22 May 1986, when Mi-25s shot down a SeaCobra. The final claim tally was 10 SeaCobras and 6 Mi-25s destroyed. The relatively small numbers and the inevitable disputes over actual kill numbers makes it unclear if one gunship had a real technical superiority over the other. Iraqi Mi-25s also claimed 43 kills against other Iranian helicopters, such as Agusta-Bell UH-1 Hueys.

I don't believe there has been any recorded instance since the Iran-Iraq war, but during that conflict there were multiple instances of helicopter-vs-helicopter battles.

Wasn't aware of that battle during the Iran-Iraq war but gunships can and do carry air-to-air weapons. The Apache can carry an air-to-air version of the FIM-92 stinger missile and the USMC's new AH-1Z Viper can carry the same as well as the AIM-9 Sidewinder series of missiles. 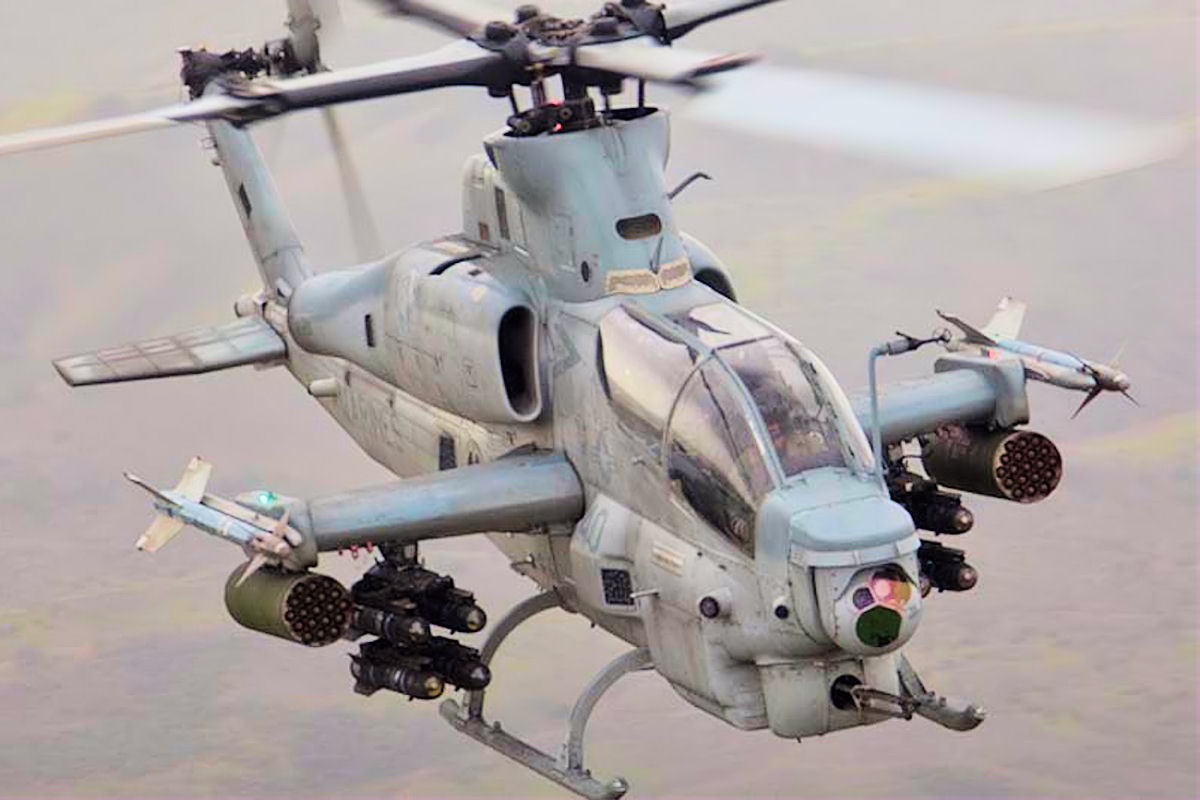 The 20mm rotary cannon comes in pretty handy for close in bandits as well.

Hollywood fantasies like Airwolf, Blue Thunder, and Firebirds aside, helos really aren't that great at ACM. Airframe and rotor load limits usually restrict operation to around +2/-1Gs and the ship's are limited in the kind of maneuvers possible. A2A weapons on helos are at best a last ditch defensive weapon and the helo - even gunships - were never intended to seek and destroy other aircraft.

33
Why aren't there more passenger helicopters?
18
Was there any progress in ramjet-powered helicopters after 1960?
33
Are there full scale helicopters capable of sustaining inverted flight?
13
What is the history and process of designing new waypoints and airways?
17
Are there any reported cases of noise from helicopters causing damage to property?
7
Are there any aircraft that were grounded and later approved for flight?
0
Can you mount a net between 2 helicopters for search and rescue?
5
Can any helicopters use negative collective to descend rapidly?
1
Do any RAF helicopters have skids instead of wheels?