Why does this regional jet have its air brakes wide open before touchdown?

I was looking at a detailed picture of a plane while following its path on Flightradar24.com. Here is the Avro RJ45 I am talking about: 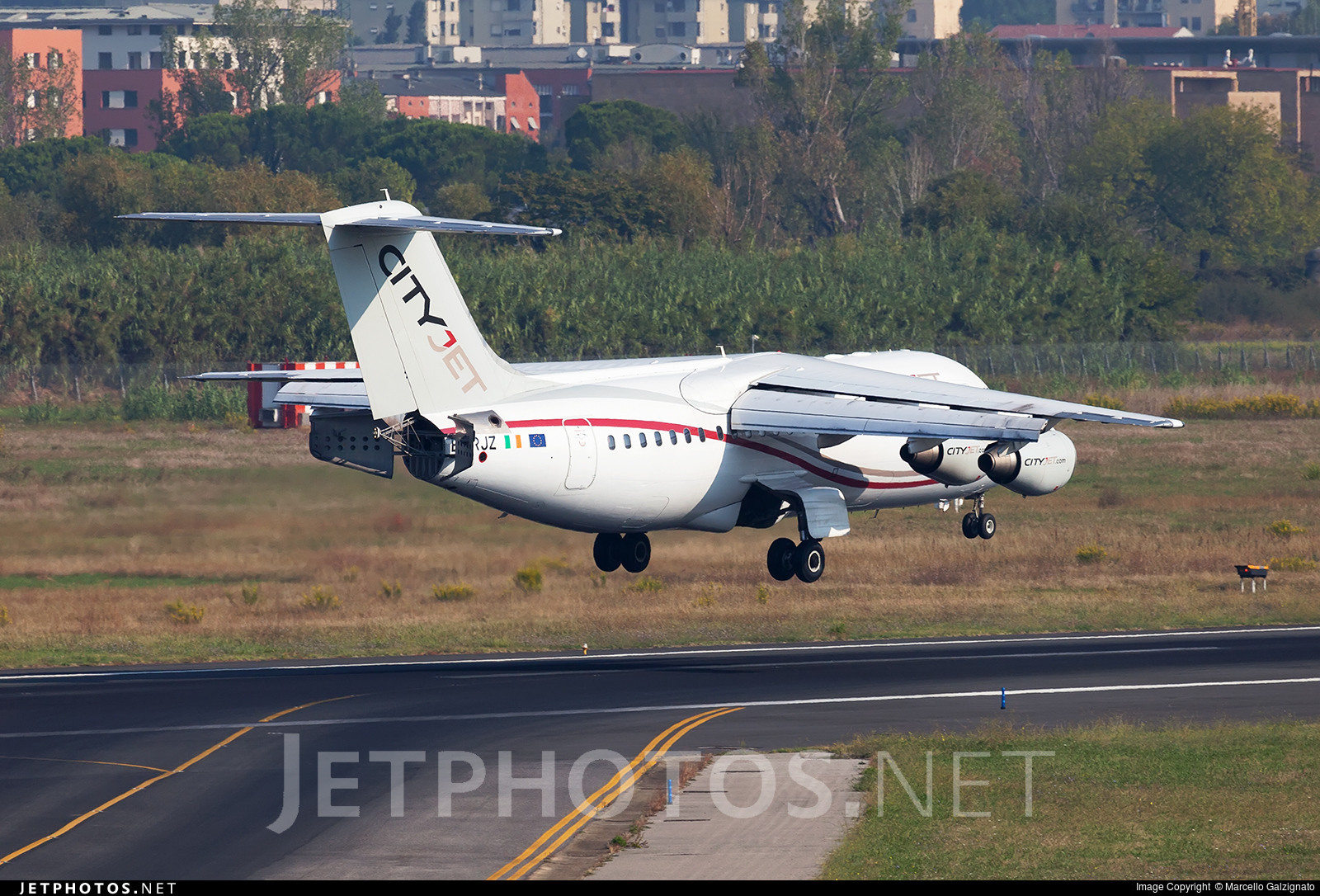 I wonder why its aerobrakes at the empennage seems wide opened before touchdown. What I remember from all the planes I took is flaps are at maximum before touchdown and aerobrakes (sometimes automatically) opens when landing gears touch the runway.

Is it due to special constraints for this particular aircraft?

(Source) Airbrakes on the Fokker 70.

The engines [on the Avro] lack thrust reversers due to their perceived reduced effectiveness in anticipated conditions. Instead, the plane features large airbrake with two petals below the tail rudder at the rear of the fuselage, which has the advantage of being usable during flight and allowing for steep descent rates if required.

Airbrakes on the Fokker 70's tail section – similar to that found on the BAe 146 / Avro – allows it to conform with the 5.5° glide slope at London City Airport.

Some aircraft are overpowered with high power-to-weight ratio. The thrust lever range alone won't be enough to hold the approach speed.

Once on the ground, they help slow down the plane, same as spoilers. 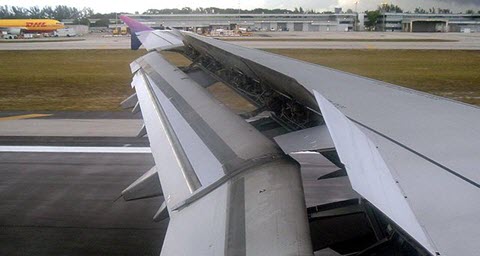 Spoilers have the added benefit of spoiling the lift–transferring more weight to the tires for increased braking capability.

Related: Why do some aircraft (e.g. Avro RJ85) have rear-mounted air brakes?

Primary reason is speed control. The thrust output of a jet engine does not have a linear relationship to the gas core or fan speed and the most effective thrust range is somewhere between 75-100% N1. Commercial jets and military fighters tend to be quite 'slippery' and require drastic throttle reductions to slow down without the use of speedbrakes. This puts the aircraft at considerable risk at lower altitudes or on short final where a large thrust increase may be needed to correct for a gust factor, wind shear or rapid descent. Unfortunately it takes a period of time for the gas core and fan of a jet to 'spool up' and start providing the needed thrust. This slow response time of early jet engines in critical power situations has produced horrifying results, as was the case here on July, 1955 with a fatal rampstrike of an F7U-3 Cutlass coming aboard USS Hancock (CV-17). See at 5:43 into the video.

It can also happen even with the most modern engines as this F-18 rampstrike proves.

To compensate for the thrust response problems, pilots will fly the pattern and approach at a high thrust lever setting, then maintain speed and descent control using application of speed brakes. This gives good energy management and control but allows the pilot to quickly get thrust if he needs it to return to glideslope, climb or go around altogether.

It is Standard Procedure to use the rear mounted air brakes on every landing because they add drag and reduce the landing distance.

Other airliners don't have this type of air brake simply because they don't need them.

These two types also employ wing spoilers for use on touchdown just like other large aircraft. Wing spoilers are only used after touchdown, or at higher altitudes, and are not used during the final approach and flare.

Not the answer you're looking for? Browse other questions tagged aircraft-design landing bae-146 airbrakes or ask your own question.

18
Why are these carrier aircraft landing with the canopy open?
11
Why do some aircraft (e.g. Avro RJ85) have rear-mounted air brakes?
1
What is this "hole" in the A350 fuselage?

10
Why don't planes have a reverse propeller as air brakes?
10
Why does the BAe 146 have higher maintenance costs than other comparable jet aircraft?
18
Why do many ram air inlets have this shape?
23
Why does an Avro RJ85 have four engines?
8
Why does the Canadair Regional Jet still use CRT screens?
11
Why do some aircraft (e.g. Avro RJ85) have rear-mounted air brakes?
3
How does a Hawk jet avoid pitching down when its air brake is applied
13
Why does the DC-9-80/MD-80 have this cusp in its fuselage?
28
Why would a fighter use the afterburner and air brakes at the same time?