What is the relation of stall speed to the position of the center of pressure with respect to the centre of gravity?

The comment written by wbeard52 is correct however this does still not explain exactly why the stall speed is increased. As an airframe stalls at an angle of attack, which will result in CLmax. 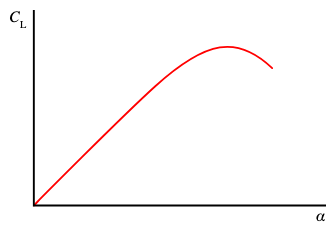 If the CG is moved to a more forward position, more downward force will be required on the horizontal stabilator to counteract the higher moment of the lift generated by the wings. This will increase the apparent weight. As (apparent) weight is increased stall speed will increase. All other parameters are fixed, in this situation.

This is a loaded question as it can possibly deal with aircraft stability, maneuverability and controllability. 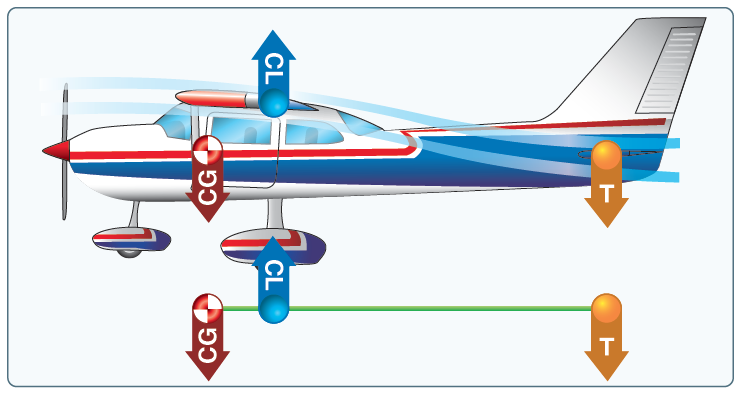 Take a look at the picture above. For the forces to balance, there has to be one force in the opposite direction in between two other forces. CG (center of gravity) and T (tail-down force) are used to oppose CL (center of lift). The distance between CG and CL and CL and T are important as they provide the characteristics of stability, maneuverability and controllability.

A stall occurs when the wings reaches its critical angle of attack. At greater weights, the wings will have to produce greater lift. The T force is a weight that has to be countered by CL. If CL is closer to CG, less T is required and the stall speed will decrease. If CL is farther from CG, there is a need for more T and the stall speed will increase. Now, as pilots, we don't talk about CL moving but changing CG. If the airplane has a forward CG, there is a lot of length between CG and CL and a lot of T is required increasing the stall speed. If the airplane has an aft CG, the length between CG and CL is very small and T doesn't isn't required as much. As a result, an aft CG reduces stall speeds.

If CL is forward of CG for an airplane like what is pictured above, the aircraft will be unstable. There are two opposing forces on one side helping the other force cause a rotation. Try it.

This is what would happen if the CL is forward of CG.

There are some airplane where the CL is forward of CG but to solve the stability issue, there is a canard which provide a nose-up force to keep the nose from rotating. I have read, that airplanes with canards are difficult to stall due to the fact the canard will stall before the main wings.

First of all, as answered in this question, centre of pressure of the whole aircraft and centre of gravity must coincide for quasi-steady flight. Since the 1G stall speed, by definition of Part 23 and 25 regulations, is essentially quasi-steady, this holds true.

While the maximum wing lift is a fixed number for a given Mach and Reynolds number, the total aircraft CLmax can vary due to tail lift contribution. As the CG moves forward, CLmax decreases due to increased tail down force for trim. The following relationship, found in Advisory Circular 25-7C, roughly captures the influence of CG on maximum lift coefficient, which you can use to compute the stall speed:

11
Does static longitudinal stability require download on the tail?
3
Why can't Centre of pressure and Centre of Gravity coincide?

5
How does the IAS stall speed vary with increasing altitude?
3
What is the relation between airspeed and generated heat at constant drag?
4
What would it take to pressurize a cabin with surface pressure?
4
What is the pressure on the pressure side in relation to the freestream?
5
What makes the F/A-XX twin-engined tailless fighter controllable with engines out?
1
Why local(section) lift coefficient(CLL) is higher near the wing tips compared to the root on untwisted tapered wings and untwisted swept(aft) wings?
5
How does the nozzle diameter affect the thrust of a ducted propeller?
6
Could the S.H.I.E.L.D. C-17 actually have a sensible center of gravity?
1
Helicopter retreating blade stall: Increasing the fwd speed decreases the tip speed on retreating side and angle of attack. So why limit on V_n.e?
7
In a banked turn, why does the center of gravity, rather than the center of lift, follow the path of a circular arc?