How does a normal aircraft exhaust nozzle (the base model) generates a lot noise? [duplicate] 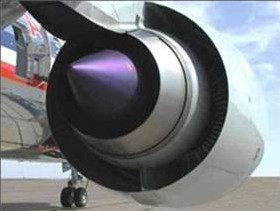 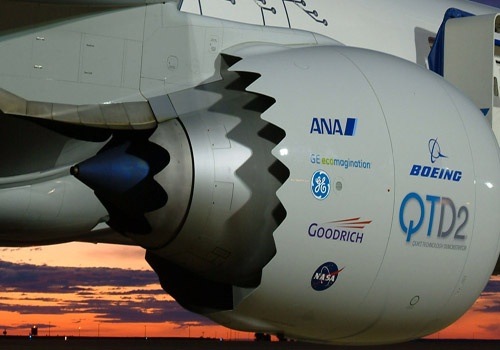 Those "chevrons" are vanes that modify the air and exhaust flow (those are turbo-fan- engines in those two images) and create air vortexes that quiet the noise but also create some drag. They are engineered to maximize noise reduction with a minimum of drag.

There is a company called ATA Engineering that is now developing a product called a "quiet engine air brake" that create more drag but is stowable during cruise flight. The R&D work was commissioned by NASA. They use the same vortex flow concept. Because most of the noise from airliners during approach comes from things that stick out in the airflow, like flaps and spoilers, landing gear doors, etc., this allows the aircraft designer to generate drag to slow down the aircraft while at the same time reducing noise.

Its a pretty nifty concept, if you ask me. Over time I think we will see the design of exhaust systems on jet engines become stranger and stranger! 8)

Not the answer you're looking for? Browse other questions tagged aircraft-design aerodynamics jet-engine aircraft-performance noise or ask your own question.

61
Why does the Boeing 787 engine nacelle exhaust have such an unusual shape?

7
What exactly is a compressor stall?
7
Why does the chevron-shaped engine suffer losses in thrust performance?
5
What is the major source of engine noise for non-propeller aircraft?
10
In a piston aircraft, how much noise is generated by the engine, and how much by the propeller?
2
How does setting takeoff flaps improve aircraft performance?
18
How does the F-35B not flip over during transition?
31
Why don't modern jet engines use forced exhaust mixing?
18
Is an afterburner louder than the same jet engine without it?
1
How would exhaust heat recovery into the combustion chamber affect the efficiency of a jet engine?