Do some radial engine planes have a two-speed starter motor? 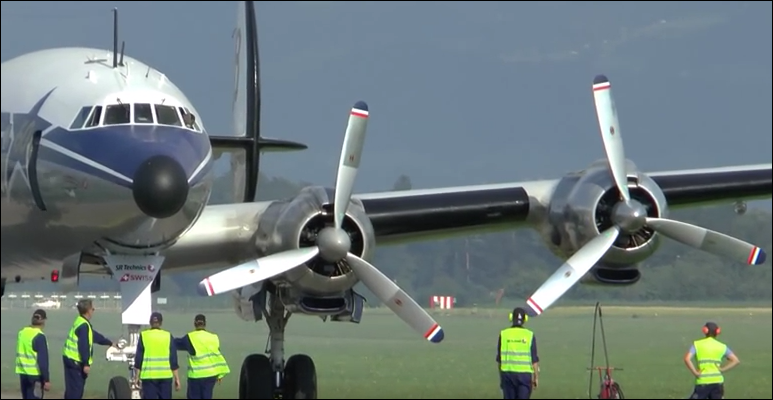 Watching the Connie fire up her engines I wondered, do some radial engine planes have a two-speed starter motor to replace the ground crew "pulling the props through"?

In other words, low-speed–mags-off to test for a potential hydraulic lock.

I do realize the props could have been pulled through off-camera before being towed out for the show.

There seems to be only one starter speed:

Have a pleasant day, thereafter (hopefully). ;-)

NB. Operating in autolean helps to prevent plug fouling while on the ground.

Not the answer you're looking for? Browse other questions tagged piston-engine engine-starting or ask your own question.

22
Why do ground crews rotate a radial engine's propeller before a motor/cartridge start?

12
Is the Soloy Dual Pac recognised as two engines or one engine?
6
Can I use motor oil in a aircraft piston engine?
22
Why do ground crews rotate a radial engine's propeller before a motor/cartridge start?
1
How to lean with constant speed prop on multi-engine aircraft without EGT
5
Does engine oil have a shelf life?
2
How does the throttle position affect the speed of airflow to the engine?
3
Why is there a minimum altitude for at least some high-speed jet engine restarts?
4
What are the reasons for this radial piston engine shut down procedure?