What are maximum G forces humans can survive?

High G-Forces cause blood flow to the brain to be impeded due to blood pooling low in the body under high acceleration. This causes the pilot to black out eventually.

Yes, most if not all modern fighter pilots wear G-Suits. The basic principal of operation is to constrict blood flow to the lower body to prevent pooling in a high G maneuver to increase blood flow to the brain. The g-suit typically buys the pilot about 1G of increased tolerance. The average human tolerance is between 3G and 5G. Aside from possibly some aerobatic planes I dont know of any civilian or commercial aircraft equipped with G-Suits. Generally speaking good heart health can help mitigate the effects in sustained G situations. This why it is so vital that fighter pilots be in top physical shape as fighter planes are capable of very high G maneuvers.

You can decrease the overall G-Force experienced by altering your maneuver (i.e. not undergoing as much acceleration). However in a combat situation some high G maneuvers may be warranted and thus the suits are used. In civilian flying all deliberate maneuvers are well within human limits.

This depends on the exposure time to the G-Force, see this question/answer.

Not really. Humans who have been killed by very high accelerations (in the order of tens to hundreds of gs for a fraction of a second) tend to look perfectly fine on the outside, but are a mess internally. The most likely cause of death is rupture of the coronary arteries, followed by massive internal bleeding. Think Evelyn McHale (picture below, source): 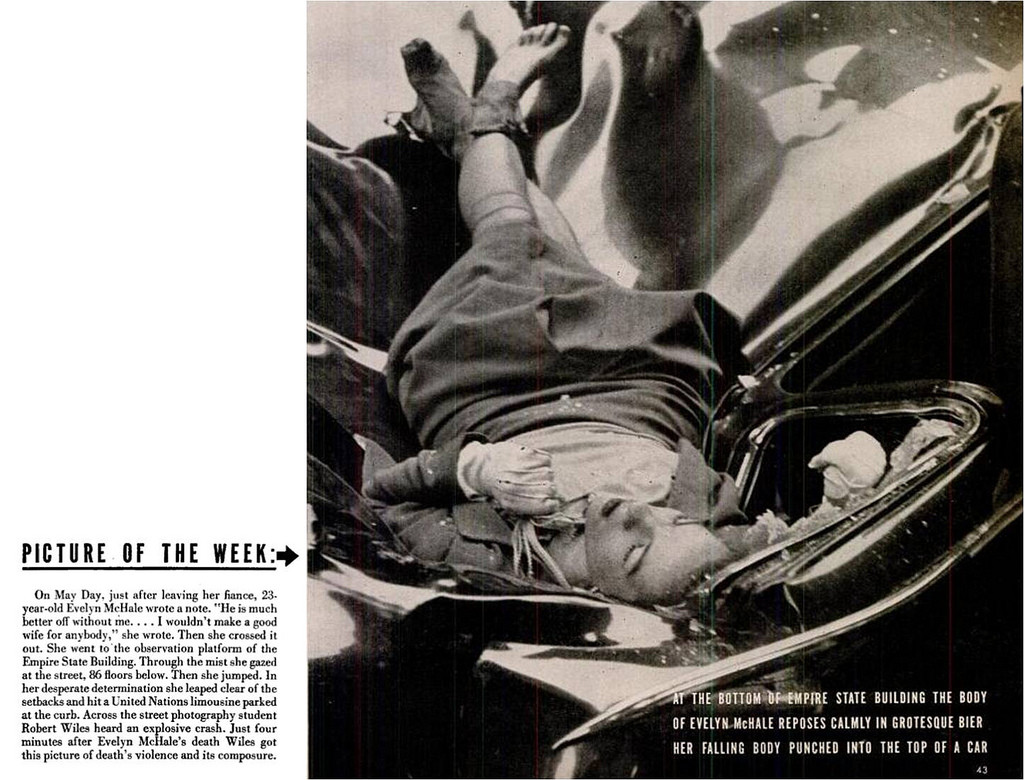 These brief but very strong decelerations are typical for aviation accidents. Moving over into the survivable range you will again find tens of gs, but they could only be survived with plenty of restraints. Think Dr. John Stapp (picture below, source). 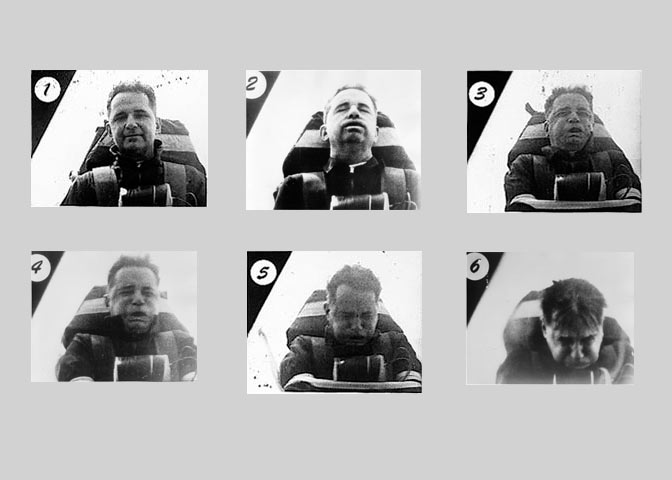 Now you will argue that you look at accelerations in a different direction. That's my point: There is not a single magic number, but a wide range, depending on several factors:

A combination of all three enables a trained pilot to sustain 9 gs sitting for several seconds. Proof:

Additional evidence: When the F8F Bearcat was introduced, Grumman told the pilots not to pull more than 7.5 gs, because at that load the wingtips would come off in order to protect the rest of the wing from overloading. Mysteriously, lots of F-8F returned with their wingtips clipped. Those Navy pilots simply wanted to find out if the protection worked.

When you want to go beyond that, switch to a prone position. That effectively quadruples the limit, on the other hand the straining maneuver will lose most of its effectiveness.

Not the answer you're looking for? Browse other questions tagged g-forces hypersonic or ask your own question.

59
Even after years of research, why are planes unable to keep passengers alive in case of a fiery crash?
16
Does a prone position for the pilot minimize g-force effects?
0
How can one calculate the maximum instantaneous bank angle a plane can do in a certain time?

4
How does an inexperienced pilot handle G-Forces?
7
What level of G-force does our body experience when we are traveling in a passenger plane?
5
Can hypersonic aircraft be agile without the G forces harming the pilot?
2
Can one fly up side down while a glass of water keeps full due to g-forces?
3
Barometric altimeter data during high vertical g-forces?
1
Is there a maximum horizontal acceleration for passengers?