How does the aspect ratio of a wing impact its lift?

The wing lift formula shows that lift of a wing is proportional to its area.

So why are most conventional wings shaped the same (swept back rectangles)?

Imagine a conventional airplane but with the wings shaped as 2 thin long rectangles attached to a fuselage from the cockpit until the tail with the same area as the original wing.

With all other things (like angle of attack, etc) being equal will the same lift be generated as the original wing?

"The wing lift formula shows that lift of a wing is proportional to its area".

That's absolutely true. However a wing generates both lift and drag. Drag is of two natures: Parasitic drag and lift-induced drag. The sum of all drag is the total drag: 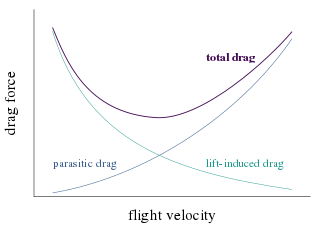 Induced drag decreases with speed, and has its origin in wing tip vortices. Vortices actually increase the velocity of the downwash, and changes the effective angle of attack. Which in turn changes the direction of the aerodynamic force, creating a force opposing to the direction of flight: 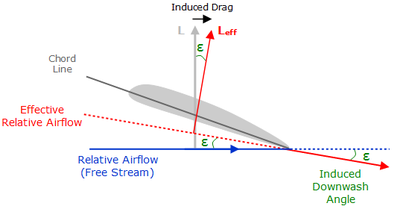 Induced drag being due to tip vortices, if we can make vortices less efficient, then we also reduce induced drag. The way to do that is to have long wings, so the the downwash from the vortices affects only a part of the wing: 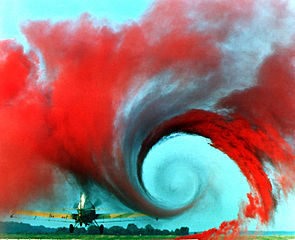 Research demonstrated that the induced drag is dependent on the wing aspect ratio, not only on the wing span. This can be understood easily: The quantity of air in a tip vortex is larger when the chord is large.

"Why are most conventional wings shaped the same (swept back rectangles)?"

Longer wings are better for fuel efficiency, but we have other problems in the designer queue, and some can be solved by selecting the wing planform, e.g.:

On the other hand, the sweptback wing tends to stall at the tip first, which is not good at all, as when a stall appears we need ailerons to prevent it from worsening, and ailerons are located at the tips to increase their effectiveness. So swept wings are also twisted so that the tip angle of attack is smaller than the root one, forcing the stall to start at wing root.

Wings planforms are multiple, each type of wing, or sometimes subcomponent, can improve a particular issue (possibly creating another that will be less important for the designer). See this very interesting article on Wikipedia: Wing configuration

Lift is produced by deflecting the oncoming stream of air downwards. The more air can be affected, the more efficient lift production becomes. Maybe you want to read a few answers around here if you want to learn more.

What you describe is a slender body wing. Most of the deflecting is done by the first few percent of this wing's chord, and the remainder will not be able to increase lift more, working on the already deflected air. Consequently, the same area of wing will create less lift force, at least in subsonic flow. Take the XB-70, for example: Its maximum wing loading (mass divided by area) was 420 kg/m². The swing-wing B-1, which could stretch its wings out for slow speed flight, has a maximum wing loading of 1190 kg/m², however, the calculation method of its wing area does not include the large delta section ahead of the main wing. Still, a sizeable difference remains and shows that the same wing area can create more lift when stretched out.

The "wing lift formula" that you quoted is a simple approximation and is not used for the detailed design of wings.

Practical reasons why conventional wings have the shape they do depend on many design considerations, including the mission of the aircraft. The answers you have received address some of those issues.

Be aware though, that there are many misconceptions in wing design. One common misconception is that: "Induced drag being due to tip vortices, if we can make vortices less efficient, then we also reduce induced drag."

That is a great over-simplification. Induced drag depends on the shape of the entire wing, not just the aspect ratio and the tip vortices.

Former Boeing Technical Fellow Doug Maclean discusses this misconception in particular, and many others in his book: Understanding Aerodynamics - Arguing from the Real Physics.

50
How complete is our understanding of lift?
31
What is the immediate cause of stall?
19
How does chord length affect wing design?
6
Why is induced drag less on a high span wing?
7
Is induced drag caused because of the tilt of the wing backwards?
5
Is the induced drag independent of wing span?
4
Why does lift curve slope increase when Fowler Flaps are deployed?

5
How is the lift generated by a number of out-of-plane staggered wings calculated?
5
Does Smeaton's coefficient have a modern accepted value or it is dependent of the air density?
10
What is the maximum theoretical lift of a plane as a function of engine power and surface of the wings?
3
How can the zero-lift drag coefficient (parasitic drag) be calculated?
1
Why local(section) lift coefficient(CLL) is higher near the wing tips compared to the root on untwisted tapered wings and untwisted swept(aft) wings?
2
What is formula for induced drag in stalling regime?
0
When calculating lift, using the the NASA lift equation, can any value be increased, ie. velocity or surface area, for increased lift?
0
How do we derive Lift Coefficient of an airplane's wing?
1
How does wing aspect ratio influence lift and drag?
2
Explained intuitively, why does aspect ratio affect induced drag?