Would a gimbaled, always horizontal cockpit be beneficial to fighter jets?

Would it be possible to have a spherical cockpit that was gimbaled in jets such as fighters so the pilot was always upright. With all controls in the cockpit wirelessly communicating with the rest of the jet?

Wouldn't this be an advantage as it would be easier to aim and the pilot wouldn't get disorientated and could see anywhere by maneouvering?

With enough engineering (read, money), all sorts of things would be possible, but if you picture the aircraft in a hard, level turn, the g-forces would be pressing "down" relative to a conventional cockpit, but "sideways" for a cockpit that was gimbaled so the pilot was sitting upright relative to the horizon. And that would probably be a lot harder to take than the usual "down" G-forces. Resisting 9 G's pulling your hand and forearm straight down can be done with a support for your arm (side-stick controller) or a bit of a ledge at the bottom of the handgrip (side-stick or center stick), but keeping precise control of the aircraft with 9 G's pulling your hand sideways might be a lot harder.

Beyond that, the sideways G force would be pushing your head to the side, which probably ends up banging your helmet -- pretty hard sometimes -- against whatever restraint or canopy it meets.

Something that achieves some of the goals you mention is the "Virtual Reality" helmet of the F-35, where the pilot can essentially look through the airframe and "see" aircraft, targets, and whatnot even in places that he wouldn't have an actual line-of sight. That allows him to look in any direction, reacting to threats, tracking his target, and so forth. And without having to gimbal the cockpit. Although for what the F-35's cost, that might actually be cheaper!

The actual biggest issue with this is that in many maneuvers the pilot does NOT want to be upright, precisely because of the G forces involved.

In a fighter jet, a sudden nose down maneuver from level flight produces negative G forces - it causes the blood to rush to the head, producing a "red out", which is very painful and potentially lethal.

To counteract that, fighter pilots roll the aircraft so that its inverted (belly up to the sky, cockpit down to the ground) and then pull back on the stick to "climb" downwards. This produces positive G forces on the pilot, forcing blood to rush into their lower limbs, triggering a "black out" - but the pilot can control this by use of their g-suit and various exercises to force blood back up the body.

So, no, you don't want the pilot to be level and upright all the time, often the pilot will deliberately make themselves not upright because its safer and more pleasant.

When maneuvers are executed, usually you want the resultant force to be exerted along the axis head-foot, like weight is exerted, because you already know how to fight weight / gravity, and this about all that you are able to do easily and safely. 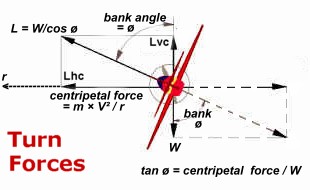 In an aircraft, the aerodynamic force is (more or less) normal to the wings, even in a turn properly executed.

So it's more natural to continue to have the body normal to the aircraft floor than having it gimbaled and having a transverse force to fight against, poorly.

Not the answer you're looking for? Browse other questions tagged aircraft-design cockpit jet fighter or ask your own question.

98
Why are the cockpit controls of airplanes so complicated?
30
Why does flight training usually start with (unsafe?) propeller planes and not with (safer?) jets?
46
Why are traditional knobs not replaced by touchscreens in cockpits?
15
Do (did) powered airplanes exist where pilots are not in a seated position?
28
Can a few random interaction with cockpit controls result in a crash?
54
Why are fighter pilots seated and not reclined?
23
Why does the Dassault Falcon 7X's cockpit have ashtrays?
1
Is it possible to obtain an STC for single-pilot ops in a jet certified for two pilots?