Why are there GPS MOCAs?

The Pilot Controller Glossary (and other places) define MOCAs as:

VORs aren’t used in GPS navigation so I don’t understand why there would be a GPS MOCA on a T-Route or Victor Airway.

Even the example given in the Aeronautical Chart Users Guide (p56) has a GPS MOCA below the MEA. 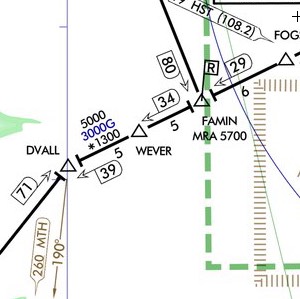 I would think the GPS MEA would be the MOCA or even lower, since VOR reception isn’t required in the first 22 miles. If you fly at the MEA it guarantees that a normal climb will keep you above obstacles when entering the next segment with a higher MEA. But I would think that the MOCA would do the same thing unless there was an MCA. So that doesn’t seem to be a reason.

There are even T-Routes in Florida with a GPS altitude and a lower GPS MOCA. That makes even less sense to me.

Does the GPS MOCA also take into account communication reception—but in that case why isn’t that mentioned in the regular MOCA definition?

If anyone could shed some light on how they come up the GPS MOCAs it would be appreciated.

MOCAs are determined essentially the same across the board. The question that I think you should ask is why is the MEA higher than the MOCA in some cases where you might not expect it, namely in the case of some GNSS MEAs.

Firstly, all MEAs take into account multiple factors, including those described in the following. Note the mention of airspace buffers and communications requirements.

From the FAA's Instrument Procedures Handbook, on p. 2-35:

The MEA is the lowest published altitude between radio fixes that assures acceptable navigational signal coverage and meets obstacle clearance requirements between those fixes. The MEA prescribed for a Federal airway or segment, RNAV low or high route, or other direct route applies to the entire width of the airway, segment, or route between the radio fixes defining the airway, segment, or route. MEAs for routes wholly contained within controlled airspace normally provide a buffer above the floor of controlled airspace consisting of at least 300 feet within transition areas and 500 feet within control areas. MEAs are established based upon obstacle clearance over terrain and manmade objects, adequacy of navigation facility performance, and communications requirements.

Earlier, on p. 2-16, the requirement for communications reception in the case of GNSS MEAs (at least those on RNAV T-routes) is explicitly stated. This makes sense given that these two factors are the primary factors needed in flight guided by GNSS.

A GNSS MEA for each segment is established to ensure obstacle clearance and communications reception.

I'm not sure that this answers your stated questions, but I do think it should ultimately answer what you are wondering.

Not the answer you're looking for? Browse other questions tagged aeronautical-charts gnss ifr-navigation or ask your own question.

11
Is there a difference between MEA and MOCA within 22 nm of a VOR?
6
What benefit is provided by an MCA that is not already provided by an MEA?
5
How are there some Victor airways that exceed the service area of the VORs they are identified by?
5
Why is there a GPS/RNAV waypoint co-located with a VOR?
4
What are the lateral sensitivities of GPS approaches?
2
Why is there a provision of pressure setting in GPS?
2
Does a GPS OBS selector use magnetic or true courses?
4
If I have a VOR receiver and a GPS, which should I use to navigate VOR airways?
6
Why would there be two RNAV waypoints co-located with a VOR?