How does an aircraft recharge its batteries?

I assume aircraft have batteries that power up all electronic devices on board. But how are these batteries recharged? When the aircraft is on the ground, it can be connected and recharged in the airport, but mid flight? Is there a way to charge the batteries in the air ?

Next question, bit trickier: how many devices must be plugged by the passengers (via USB) and how long it takes to drain all energy on board of a 787 ?

If you had an aircraft battery & went to deplete it with USB devices, it would take a lot of them & a really long time. Aircraft batteries store power way beyond what our normal cell phones & iPads do, and can power all the emergency systems on the jet for an hour or more (radios, INS, flight instruments, minimal lights, GPS, flight management system, etc). Of course, if you're down to just the battery, in-flight entertainment is NOT one of the systems being powered!

The better way to think of it is this: the electrical system of an aircraft is not battery powered at all. It is powered by engine driven generators or alternators. These devices provide all the electrical power used while the aircraft is operating in the air or on the ground. However, when the engine(s) isn't/aren't running, electrical power is needed to operate some systems and (for many aircraft), start the engines. Once the engines are running, excess generating capacity is used to recharge the battery(ies). If the engine(s) or generator(s) fail in flight, the battery(ies) take over to power essential aircraft systems.

Many aircraft also have APUs (auxiliary power units). These devices are engines which drive generators, air compressors, and perhaps also hydraulic pumps, but produce no thrust. Their job is to provide auxiliary power for an aircraft when its main engines (the ones that provide thrust) aren't running. Most larger multi-engine aircraft have them, as do all large airliners. Typically, when an airliner is parked at the gate, its main engines are shut down, and its on-board electrical needs, air conditioning, etc., are being supplied by the APU. The APU is kept running until the main engines have been started (usually when it is pushed back from the gate). At the end of a flight, before the main engines are shut down, the APU is started again. In this case, the only role for the batteries is as a backup source of electrical energy.

Every now and then I get to fly two DH82a Tiger Moth that are retro fitted with batteries and alternators to provide power for the radio and transponder as this type originally was not fitted with any electronic systems -- along a few other things e.g. brakes, tailwheel, flaps, a reasonably-sized windscreen, adjustable seats, some useful avionics and of course cabin heater or air conditioning.

The aeroplane's electronics are driven by the battery which usually gives us 5-6 hours of operation time I guess, however, with the installed alternator -- given they are not broken, the batteries get recharged mid-flight and once in a while on the ground using battery chargers too -- batteries should be detached in order to be charged on the ground.

The alternator is basically a small windmill turbine located under the belly of the aeroplane and between the undercarriage. I believe the alternate doesn't start properly recharging the batteries until you have a good healthy airspeed, although it windmills after the engine starts. You can see it actually in this photo of one of our two Tiger Moth: 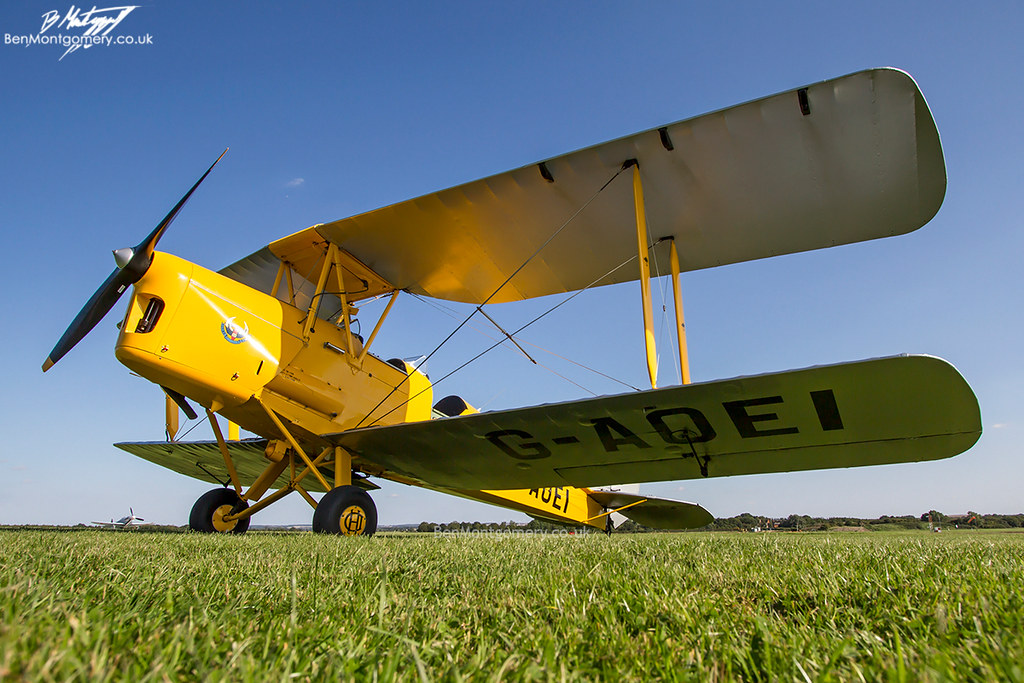 Also these aeroplanes don't have any USB outlets, so we usually recommend the pilot and passenger to fully charge their mobile devices before each flight, specially if it is a long-haul flight.

Not the answer you're looking for? Browse other questions tagged electrical-system or ask your own question.

10
How common are 400Hz supplies in aircraft?
3
How does the Piper Archer III electrical system work?
20
How stable is the "customer" power on a commercial aircraft?
5
How are batteries cooled in passenger aircraft?
23
Is aluminum electrical wire used on aircraft?
1
How does the battery master switch activate the battery contactor in Cessna 152?
1
Will reducing the electricity power in an aircraft save fuel?
19
Can a completely drained battery be recharged via ground power on an airliner like the B737?
3
What component of an aircraft generates its electric power?