Why do aircraft on a junk yard have blind windows (e.g. German "Landshut")?

Today I saw a picture of the “Landshut” (named after a German city, pronounced lund's hoot, not Land shut). The aircraft was hijacked in 1977 and now rusts at the airport of Fortaleza (Brazil) since 2008. German enthusiasts wanted to transfer the plane back to Germany as it somehow and sadly became part of German history, and the German government intends to do so as well. 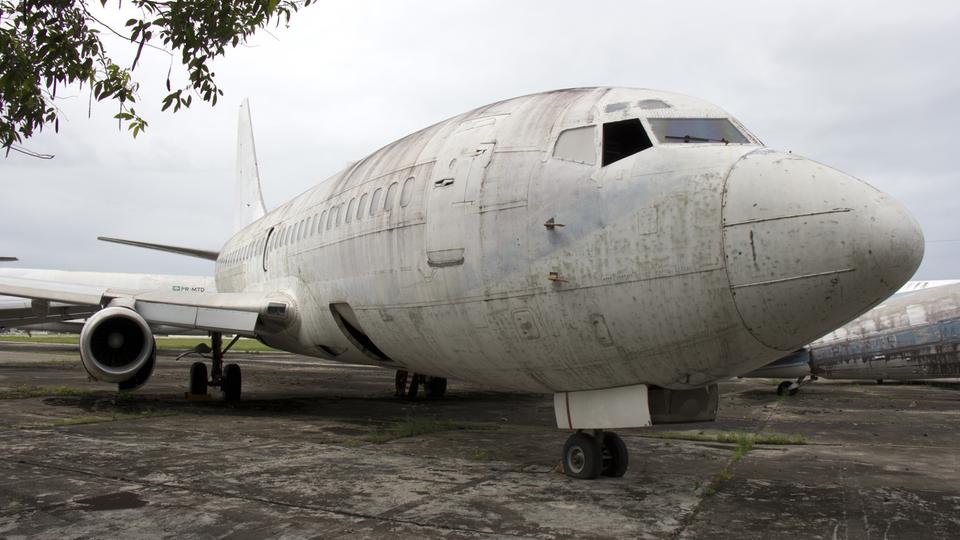 Do the windows get blind simply because the planes are left on their own for years and wind, sun, etc. make them blind or are they made blind on purpose? If so, which purpose?

After reading the good answers, I reviewed the video I already linked. This screenshot: 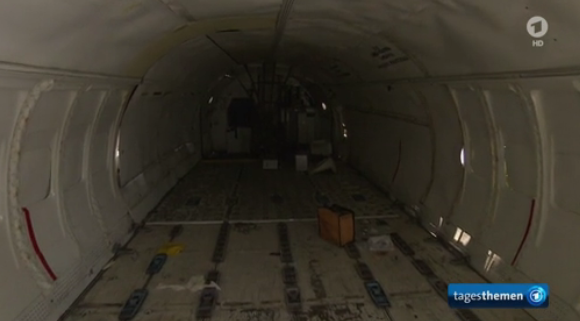 shows the cabin of the “Landshut” and it's clearly visible that the interior is removed and the windows are blanked from the inside and covered with grey foil. I just wanted to share this image.

For outside storage, cover windows and recognition/strobe lights with barrier material and pay attention to atmospheric conditions, as humidity will accelerate corrosion. Make sure all control locks or control column gust locks are installed to prevent movement of flight control surfaces. (emphasis mine)

One reason to protect the inside fabrics, plastics etc from the effects of discolouration from sunlight, as well as inhibit biological growth. Also without the coverings the temperature inside the aircraft will be significantly higher on sunny days see Desert Usa

From the shadows it looks like they are covered from the inside / blinds closed. I couldn't find any article on Plexiglas turning blind/opaque when stored.

It serves the purpose of protecting the interior. Even if the seats and sidewall covers are removed, you still want to protect the structural frames from prolonged sunlight and heat buildup.

Related: Why is this 777 with doors and windows covered?

Not the answer you're looking for? Browse other questions tagged windows or ask your own question.

17
Can you identify this airplane?
10
Why is this 777 with doors and windows covered?
12
When airplanes first got windows, what material was used?