How can pilots lacking instruments interpret vectors given by ATC?

This video is about European Air Transport flight 2939, a Boeing 737, which "lost all the instruments of the aircraft" shortly after takeoff.

Despite the lack of instruments the pilots manage to fly the headings given by Shannon Approach and land safely.

It seems that the instrument panels of the 737 are entirely digital:

I understand what vectors are:

The 737's cockpit seems to lack an analog compass which would survive a power outage like this one: 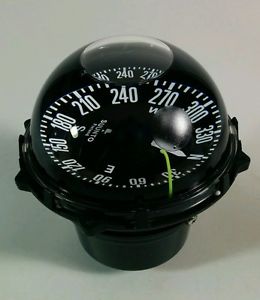 How might the pilots have flown the headings given by ATC (as the visualisation shows they did) without a compass or altimeter?

14 CFR Part 25 describes the requirements for an airliner like the 737 to be certified by the FAA.

(a) The following flight and navigation instruments must be installed so that the instrument is visible from each pilot station:

Indeed the 737 has a magnetic compass, centrally located above the windshield. It's just hard to see in the picture you have, as it's hidden behind the overhead console controls. This is a very typical location for the compass in many large aircraft (but not all), as it's centrally located, allows both pilots to see it, and will have less interference from other instruments. 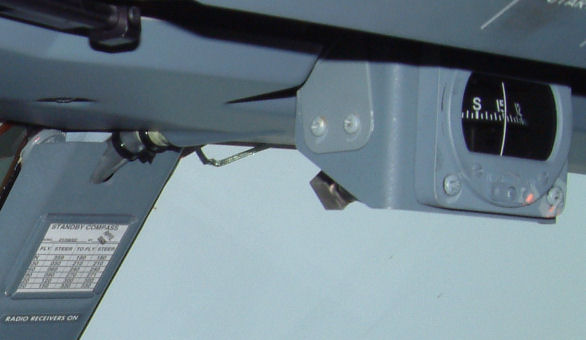 Even the newest version, the 737 MAX, has a compass. 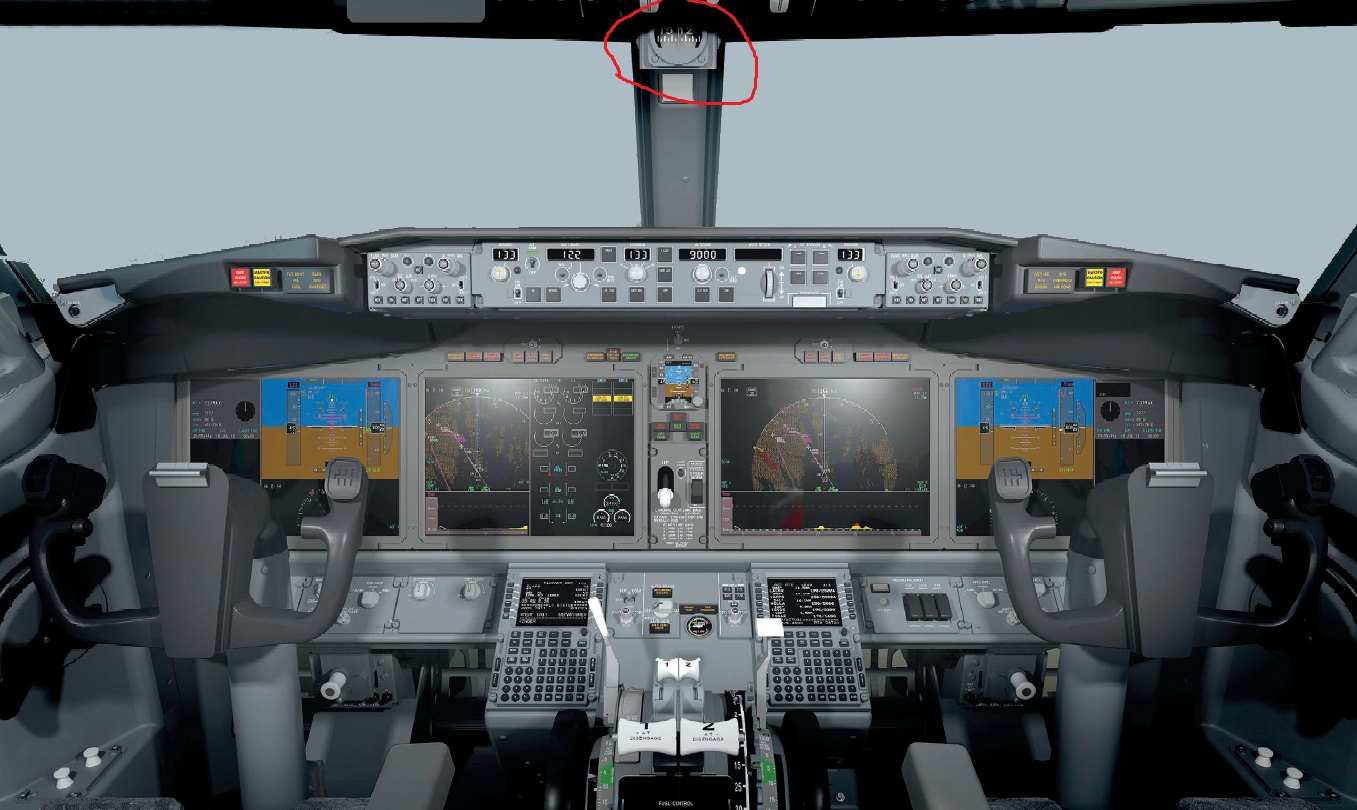 As fooot has described, the aircraft has a mechanical compass, which will work even if the electrical systems fail.

Though unlikely, it is possible to imagine a situation where the crew of an aircraft loses all heading indicators. In such a situation, ATC can still provide radar vectors. ATC will instruct the crew which turn rate to use, and when to start and stop their turn, based on observations on the ATC radar. The radio phraseology will sound like this:

Make all turns rate one (or [number] degrees per second), start and stop all turns on the command "now"

Not the answer you're looking for? Browse other questions tagged air-traffic-control flight-instruments visual-flight-rules or ask your own question.

31
"What's our vector, Victor?": What does this mean?
13
Why is the MD-80 magnetic compass behind the first officer's seat?
3
What caused the loss of "everything" on Swiftair Flight QY-2939?

11
How would ATC try to establish contact with a VFR craft?
13
OBI, RMI, HSI... What combination do GA aircraft w/o glass typically have?
8
Why do ATC instructions to change level include the words "climb" or "descend"?
1
Is there any instrument similar to a compass but which I can electrically drive?
7
Should I inform ATC about minor deviations to maintain VFR while on practice instrument approaches?
3
Vector to final on RNAV approach with the Intermediate and final segments are not aligned