How do the actuator loads (e.g. for the ailerons) vary between different flight phases?

Assume the hinge moment is given as

the resulting moments / actuator loads are mainly influenced by the aircraft's altitude (air density $\rho$), speed $v$ and the control surface deflections $\delta$. (AoA is neglected to keep it simple)

Can there be anything said about the actuator loads regarding different mission types or flight phases? E.g. does cruise (high altitude and speeds, small surface defelctions) cause higher actuator loads than approach (low altitude, low speed, larger surface delections).

I was planning to use X-Plane to investigate this, but as far as I know it will only output the rudder's deflections, not the hinge moment itself.

Any ideas about this?

The moment coefficient $C_{h_s}$ depends on aircraft angle of attack, surface deflection (!) and trim tab deflection, as depicted in the figure below (from this answer). It is not a simple constant linear function due to shading of horizontal tail in the flow of other bits of aircraft structure. 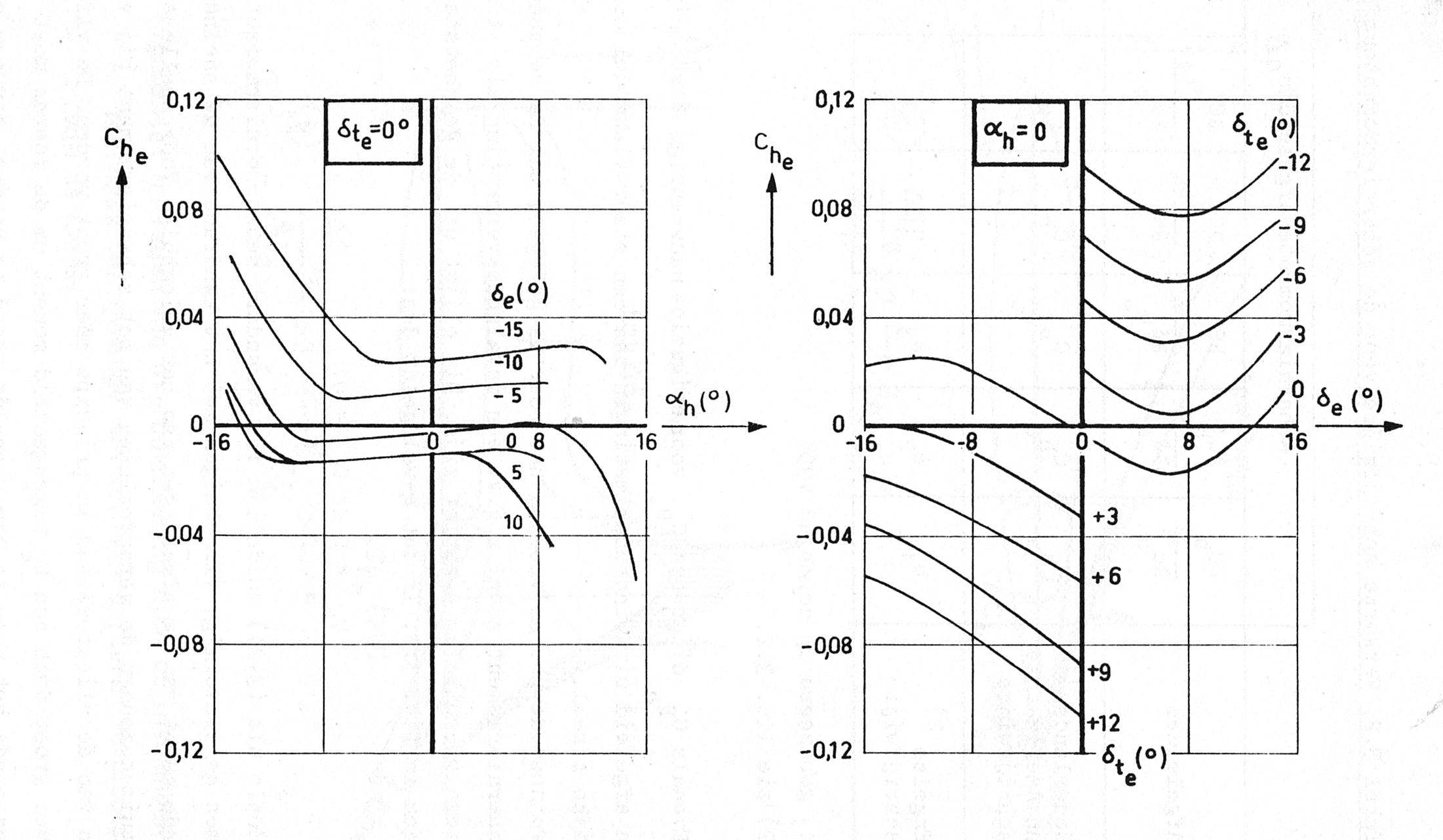 So of course, hinge moment calculation depends on aeroplane configuration and geometry. But as @JanHudec mentions in a comment, the two main variables here are dynamic pressure and surface deflection.

Full surface deflection at cruise speed results in the largest hinge moment. It may also result in structural forces higher than the limit design forces, for instance load factors > 2.5g. It would be safest if the actuator force can never exceed the hinge moment required to reach maximum load factor, which would require making plots of (hinge moment for max. load factor) vs. airspeed, at different c.g. at maximum weight.

3
Where do the forces exerted on flight yoke/stick comes from and how do they vary with flight conditions?

2
For a small flying wing, can two motors with different speeds replace the ailerons?
14
Why do aircraft have a crossover airspeed, and why does it increase at higher vertical load factors?
7
Why does the A320 use the rudder for lateral control in mechanical law?
3
How should the maximum output force of the actuator be chosen?
2
How is the bandwidth of an actuator selected for a primary flight control surface?
5
How do linear actuators for flight controls work in fighter jets?
15
How controllable is the 737 in single-engine manual-reversion flight? Is it controllably landable (or go-around-able) in this condition?
2
Why increase chord length for supersonic aircraft (swept vs delta wings)?
2
How does an aileron actuator work considering the following?