How is a meatball calibrated and checked?

The visual glide slope for aircraft landing on a carrier is a stabilized indicator, the "meatball": 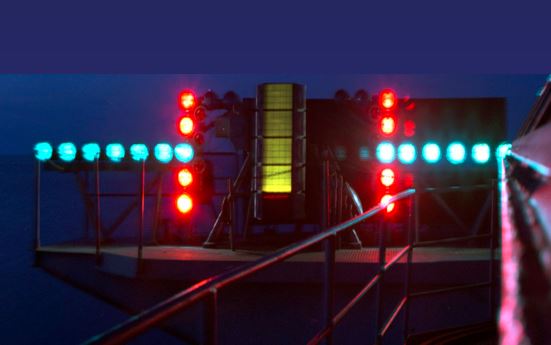 The slope is about 4° relatively to the horizontal plane, and stabilized because the carrier is usually rolling, pitching, and heaving.

How is the meatball calibrated, and then checked for accuracy?

There is a vast amount of printed information available on the IFLOLS. A thorough understanding of the following list of publications is a must for an LSO:

If you want a thorough how-to, I believe NAVAIR 51-40ABA-21 is the way to go if it is publicly available.

IFLOLS receives ship’s pitch and roll information from either the ship’s gyros or SPN-46. IFLOLS receives ship’s heave information from either an IFLOLS generated ship’s heave signal or SPN-46. The IFLOLS signal is generated using the IFLOLS unit 5 accelerometer. The IFLOLS can use either ship’s pitch and roll gyro source with either heave source. When aircraft are landing using ACLS, any mode, IFLOLS should use the same stabilization inputs as SPN-46. Typically SPN-46, SPN-41, and IFLOLS will all use the SPN-46 gyro for pitch, roll, and heave information when aircraft are landing using ACLS. 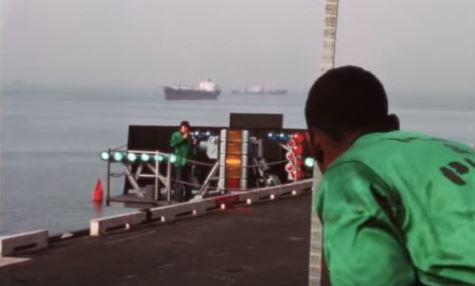 Manually calibrating the IFLOLS from the stern of the ship from specified distances and heights hasn't changed much from the earlier days. 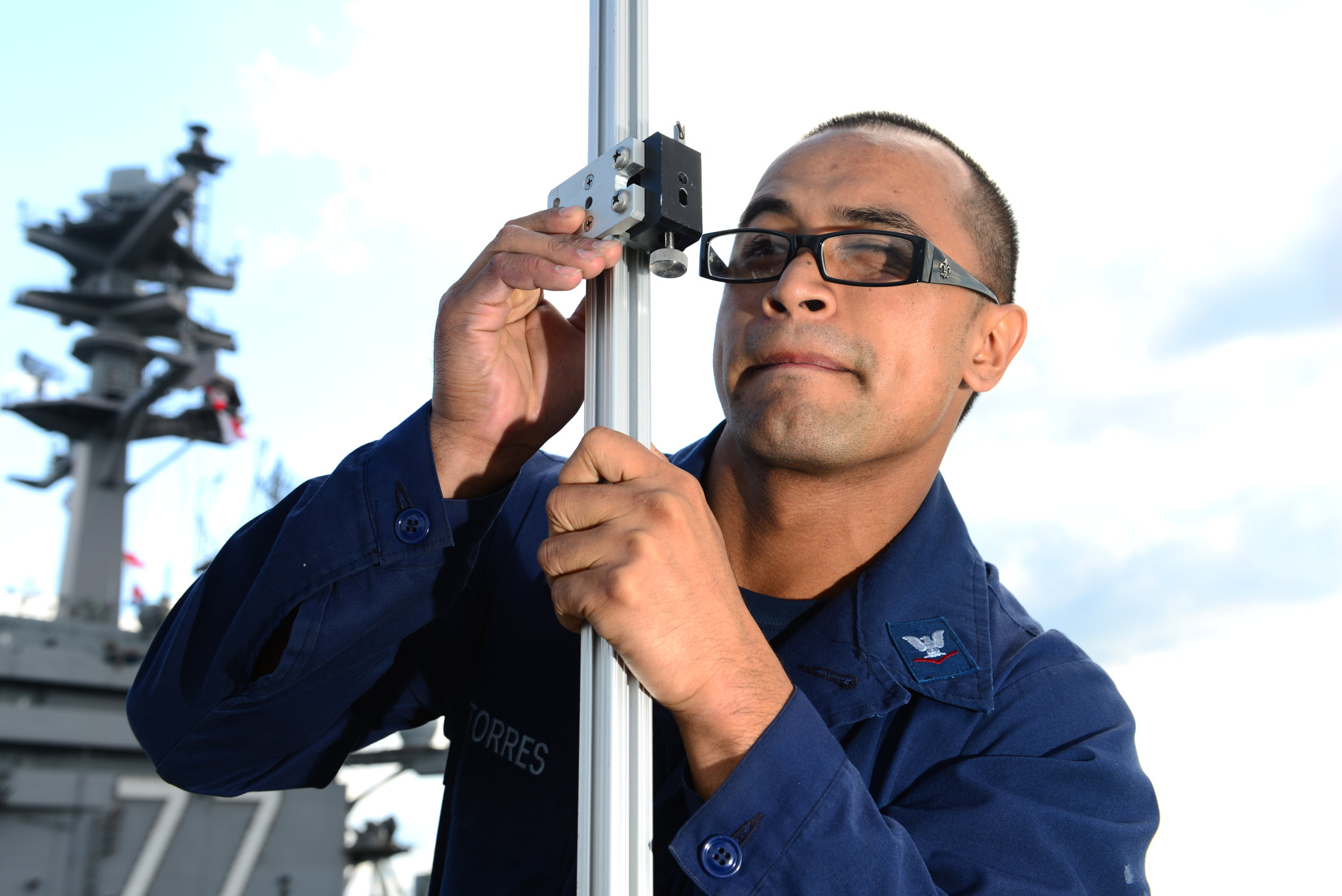 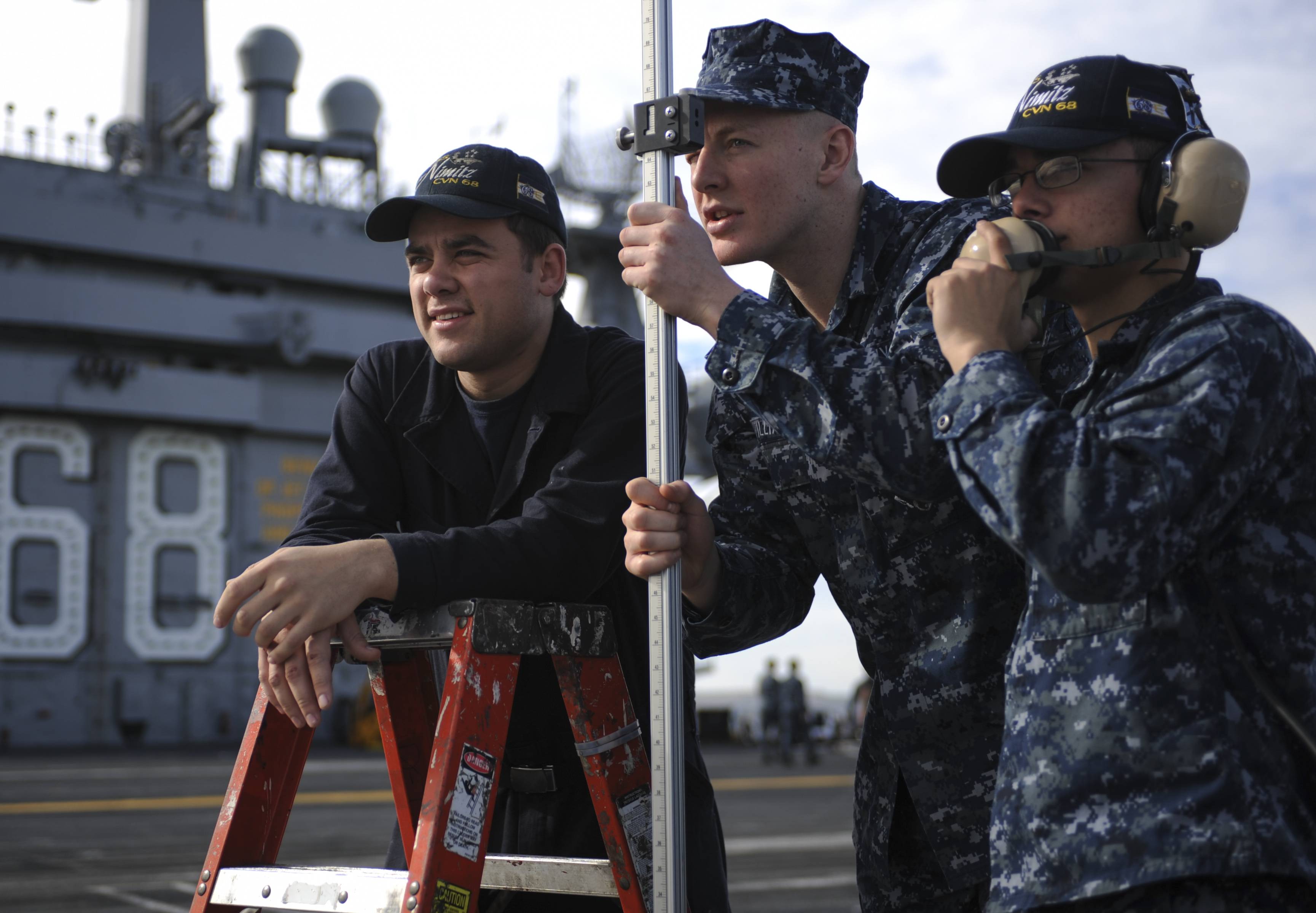 Not the answer you're looking for? Browse other questions tagged aircraft-carrier visual-approaches or ask your own question.

8
How do you determine the proper rate of descent for landing?
10
What is the feasibility of converting an F-22 to carrier use?
18
Is is possible to land a midsize commercial plane on an Ford Class aircraft carrier?
18
What is the tailhook on naval aircraft made out of?
13
Does being cleared for a visual approach supersede speed instructions from ATC? (FAA)
6
Aircraft Carrier Launches: ABE Checks and Signals
6
What is the three-light indicator on carrier-borne airplanes?
2
Could a P-3 Orion fly off a carrier?
5
Straight vs. angled aircraft carrier decks: tradeoffs for rolling takeoff?