Is it possible for a non-towered airport to have keyhole extensions Class E starting at the surface? 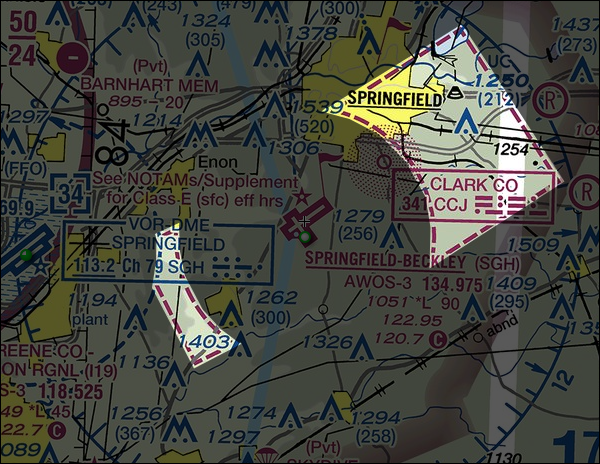 I'm really confused how the Class E areas extend from the surface when the airspace directly over the non-towered airport is Class G. Is it possible that the VFR Charts are in error and the magenta dashed line should be removed or converted to a magenta vignette indicating that the Class E starts at 700' AGL?

There are several indications in my mind that this is simply depicted as an error on the VFR Sectionals:

Can anyone explain how it's possible for these two Class E (sfc) areas to be legitimately marked, or are they simply errors?

There was a control tower at SGH which closed. The FAA issued a rule which removed the Class D airspace as of December 10, 2015.

This leaves the class E airspace chunks. As you noted, the Chart Supplement for SGH has no information about the airspace, and FAA Order 7400.11A (the current version of airspace definitions) states only that, after an initial NOTAM announcing the effective dates and times, (p. E-183)

The effective dates and times will thereafter be continuously published in the Airport/Facility Directory.

So, is the airspace between the surface and 700AGL in these two areas class E or G? I'm not a lawyer, but I think you could make a strong argument for the airspace being class G, unless the chart supplement gets an update or a NOTAM is issued.

Finally, to the question: why are these two areas there? Two thoughts come to mind.

2019 update: those extensions are no longer visible on the sectionals: 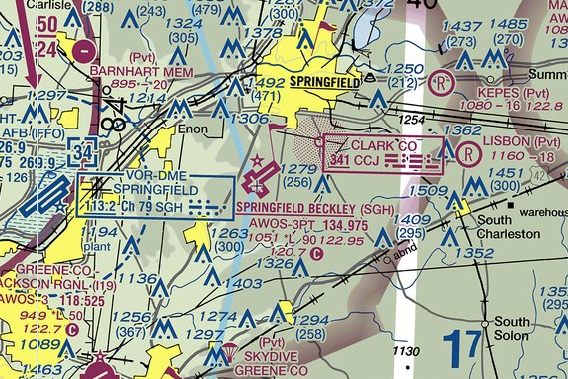 The FAA simply forgot to remove the Class-E-to-surface "extensions" after they closed the tower and removed the Class D airspace. They are fixing it now-- the "extensions" will go away in November 2018. See-- https://www.federalregister.gov/documents/2018/09/10/2018-19475/revocation-of-class-e-airspace-springfield-oh

12
Which parts of class E airspace can an ultralight (part 103) fly in without prior ATC authorization?
10
What is the primary reason that the non-towered airports ACV, TVL, SGU, BIH, and SIT/PASI have E4 extensions to E2 airspace?

9
Why do some non-towered airports have class E airspace from the surface up?
12
Which parts of class E airspace can an ultralight (part 103) fly in without prior ATC authorization?
4
Does FAR 91.155c apply to class E surface extensions?
6
What class is the airspace at KGCN when the tower is closed?
4
Why do some airports have class E airspace to the surface only at certain times?
10
What is the primary reason that the non-towered airports ACV, TVL, SGU, BIH, and SIT/PASI have E4 extensions to E2 airspace?
3
Why are KACV and KTLV depicted differently on sectional charts than KSGU, KBIH, and KTPL, even though each is E2 w/ E4 extensions?
4
May the Class-E-to-surface airspace near Eagle County Regional airport (KEGE) and Marshall AAF (KFRI) be ignored when the tower is open?
3
What indication has the FAA given that phrases like "surface area of Class E airspace designated for an airport" do or don't include E4 "extensions"?
0
Do the NPRMs & Final Rules preceding 1993 "alphabet" airspace re-designation indicate that these phrases were meant to exclude Class E "extensions"?