May someone please suggest EHA design procedures for AFS?

Are usual electro-hydraulic actuator designs for aileron control employable for aeroelastic flutter suppression? If not, where can I find design procedures for this specific case?

The purpose of this test was to demonstrate in flight for the first time the feasibility of powering a primary flight control surface with an electromechanical actuator (EMA) in place of the standard hydromechanical actuation system. An advanced development model model EMA drove the left aileron on a specially modified C-141A aircraft and was to duplicate the functions of the standard hydromechanical unit. Lockheed-Georgia Co. (GeLac) was the prime contractor with Sundstrand Corp. as the subcontractor.

The C-141 aileron is statically and dynamically stable with the critical flutter parameters being tip weight and actuator stiffness. If either parameter were not present, the damping would still be sufficient within the aircraft normal operating envelope. Laboratory studies had shown that the stiffness or spring rate of the EMA was identical to the hydraulic unit. All else remaining unchanged, the structural damping of the modified aircraft was expected to be the same as that of the baseline aircraft. The baseline aircraft has a flutter margin more than 20% above the normal operating limitations of the C-141A, and well above the military specification (MILSPEC) requirements. 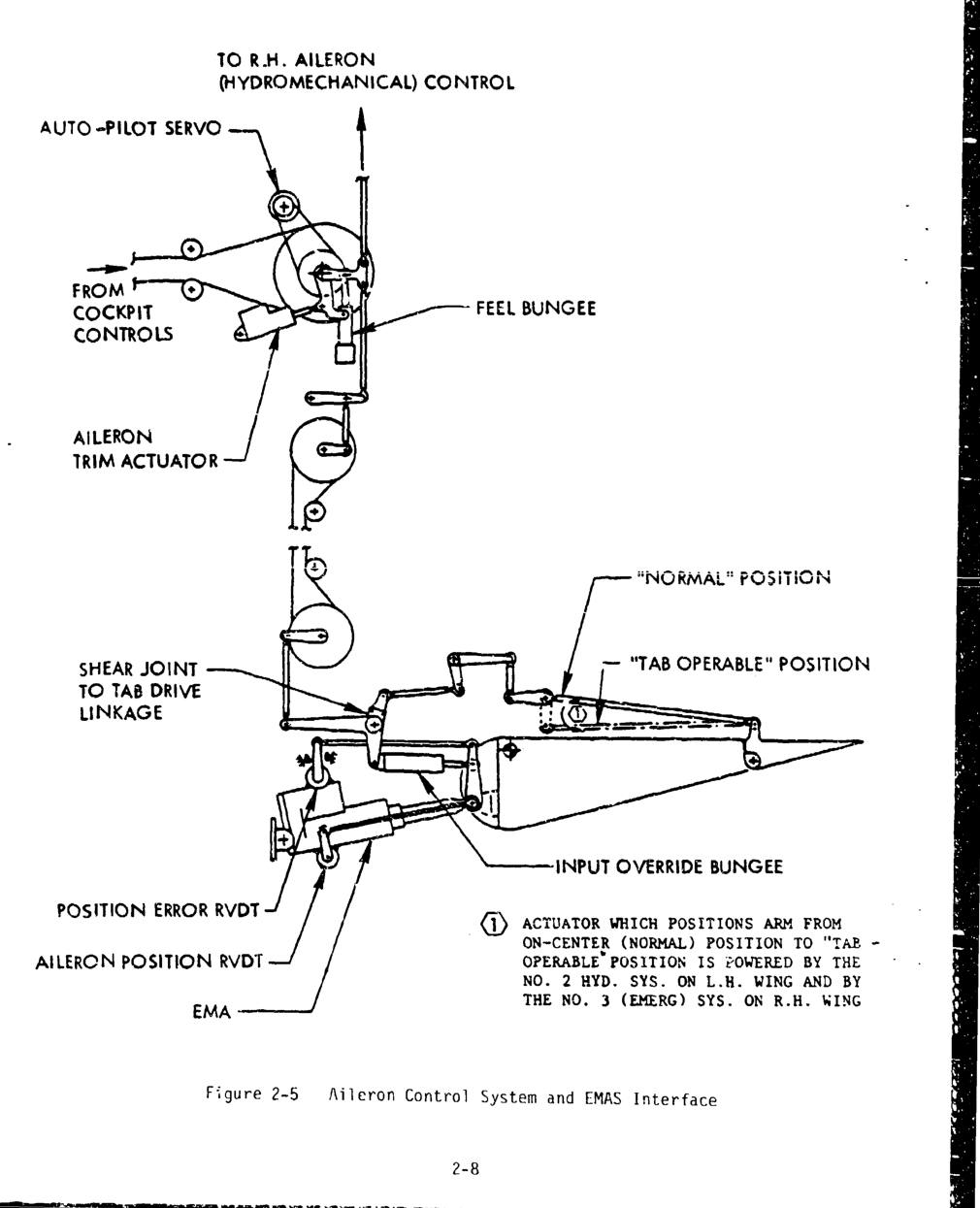 Not the answer you're looking for? Browse other questions tagged control-surfaces hydraulic-system flutter or ask your own question.

6
Why can not two modes coincide perfectly for some cases in Flutter phenomena?
6
How does a flight control computer deal with control surface disengagement?
3
How do the actuator loads (e.g. for the ailerons) vary between different flight phases?
3
How does hydraulic actuator servo valve feedback work?
13
Do jackscrews suffer from blowdown?
5
Where is the control loop of the actuator closed?
1
What are typical control surface deflections?
4
How do linear actuators for flight controls work in fighter jets?