Why are the leading edges on the Boeing 787 made from aluminum?

There are probably many factors in choosing aluminum vs. composites.

A big one is bird strikes. The leading edges are at the highest risk for this. Metal tends to absorb the impact better while retaining its strength, while composites would tend to delaminate and become much weaker. Resistance to in-flight hail must also be considered. 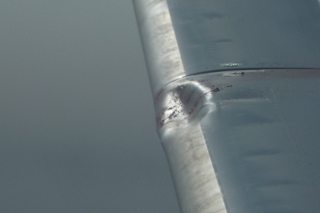 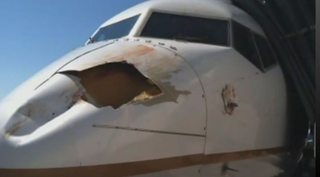 Anti ice was also mentioned. These areas are heated with bleed air (or, for the 787, electrical elements) to melt or prevent any ice formation. Metals do much better at high temperatures than composites, which would tend to melt or lose strength. Metals are also able to conduct the anti ice heat better than composites.

Another factor could be manufacturing. These surfaces have a lot of curvature. Composite panels are often reinforced with honeycomb core, which is best on relatively flat surfaces. Of course composites could be made into these shapes, but the shape would limit material and configuration options. Metal is also easier to work with or repair than composites.

As far as choosing aluminum over other metals, it tends to be very light and cheap for its strength, has decent temperature capability for anti-ice, and when properly used is fairly resistant to corrosion or fatigue.

The nose does not have anti ice and must serve as a cover for the weather radar. Composites can be made relatively transparent to radar, but metal would tend to block the waves.

There are a few reasons, the first is that the leading edge of the wing will be eroded in service by flying through dust, sand rain, hail etc. Metals are always typically used on such surfaces (termed an 'erosion shield') to reduce this effect, and also because minor damage can be polished out to keep the aircraft looking nice. Aluminum isn't the hardest waring material in this environment, but it is the lightest. Rotor blades would typically use Titanium or Nickel instead, as these harder metals work better in this more extreme environment.

The second reason is lightning strike; the leading edges of wings are common attachment points for lightning, so they are grounded to the airframes lightning return network. Making them from highly conductive metals can reduce the immediate damage caused as a result lightning attachment.

Aluminum is used for erosion prevention. There is no composite solution which can withstand the erosion caused by water/rain or FOD (sand/grit). In addition, aluminum leading edges transfer heat better than composites, which allows for improved anti-icing.

Not the answer you're looking for? Browse other questions tagged aerospace-materials horizontal-stabilizer vertical-stabilizer or ask your own question.