Why are some contrails longer than others?

I've often noticed that planes flying on more or less the same track, headed in the same direction leaves different contrails. By different I mean how long they stay visible and the length of them. Why is this so? Is it weather related?

It is a mixture of factors. All else being the same:

If there is not enough (relative) humidity, the contrail will not form at all. See for example this image: 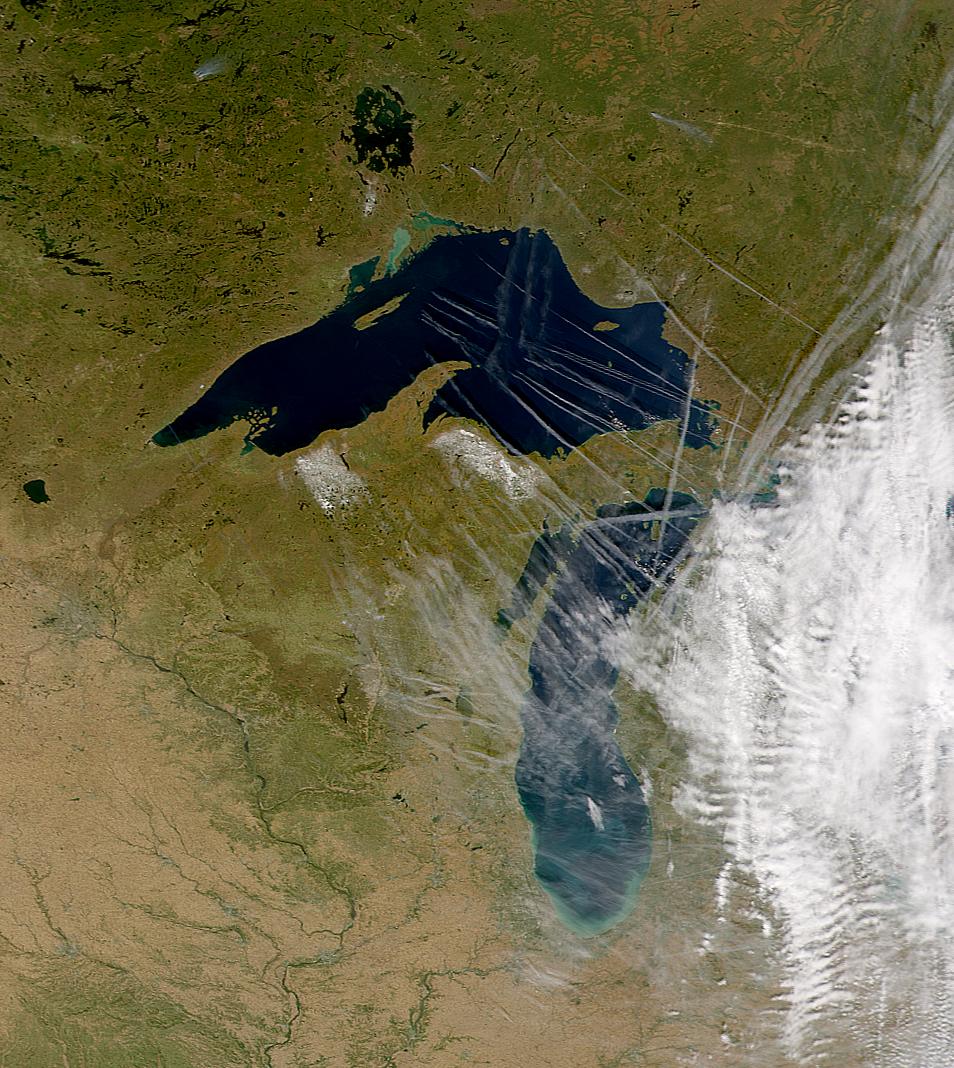 The contrails start forming on the east, near the clouds where you have a higher humidity, and do not form on the west, where no cloud is present and you have higher temperature/lower humidity.

What you observe might be airplanes flying at different altitudes and thus encountering different humidity/temperature combinations, giving birth to contrails with different histories.

2
Why are some jet trails longer and some shorter?
2
Vapor trail disappears then reappears
28
What causes a plane's wing tips to leave a small white vapor trail?
18
How long does it take for a contrail to hit the ground?
12
What is the mechanism by which condensation forms above wings?

15
Why are contrails not visible from the cabin?
7
What in-flight weather info is available to commercial pilots?
10
Is it normal for visibility to be missing from the METAR?
3
How should the Swiss international airlines flight 850 METAR reports be interpreted?
21
Why are only some aircraft in this formation creating contrails?
1
Are helicopters impacted by fog more than airplanes?
13
What causes pulses to appear in some contrails?