Do GA IFR flights out of airports w/ SIDs typically use them? What about STARs?

Besides the IAPs (which as an IFR flight you're guaranteed to use unless cleared for the visual), there are the STARs and SIDs, and using them in slow GA aircraft doesn't fully make sense to me.

For example, out of RIC there is the Colin Six Departure: 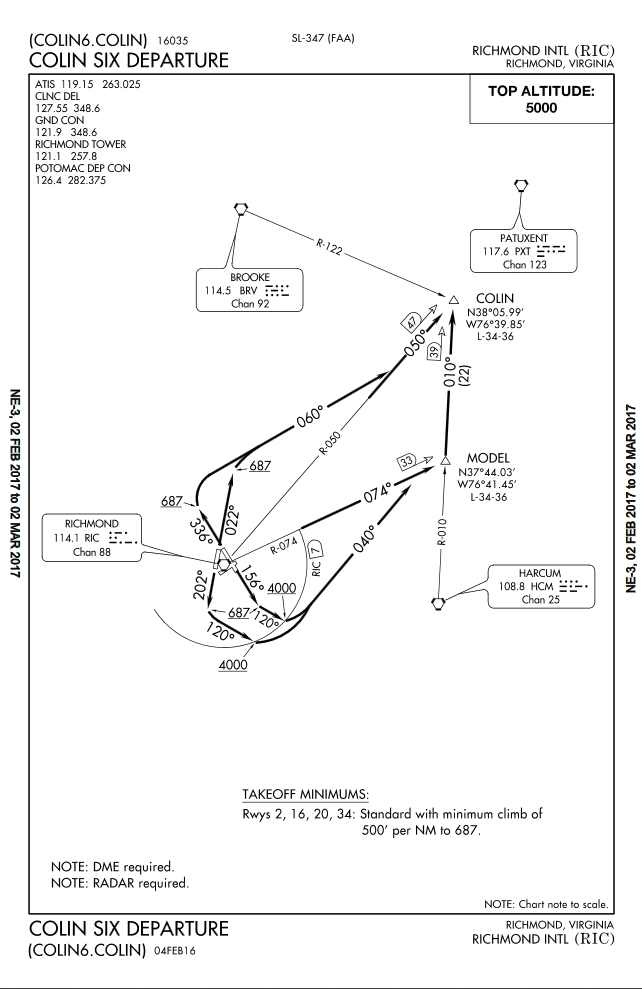 I would imagine that as a 150 KT puttering IFR GA aircraft you would be literally holding up any heavies behind you on a busy day, heading for that COLIN waypoint, that are trying to push the < FL010 250 KT speed limit.

I cannot speak for all of General Aviation (GA), but throughout the IFR portion of my flying career I have generally used SIDs wherever available.

NOTE: This choice of using SIDs was not always mine, as ATC will often include a SID in a clearance unless requested otherwise. A pilot has two opportunities to avoid SID's if so desired: firstly, when filing the IFR flight plan the statement "NO SIDS" can be included as a request; secondly, when receiving the IFR clearance, the SID can be declined.

I typically like using most SIDs, and I understand that ATC also likes giving them as part of a clearance. Many SIDs are essentially just radar vectors in normal usage with further instructions in case of lost comms.

My experience with SIDs has included numerous aircraft with typical climbout speeds ranging from 90–280 KIAS. As far as I have been able to tell, my aircraft's speed has never been a problem that ATC couldn't handle.

I have less experience with STARs. In flight training I used them occasionally, and ATC seemed to handle my slow speed without issue. At my current operation—which you may or may not consider to be GA—ATC rarely gives of STARs, but usually just gives us clearances direct or vectors. I personally like filing STARs since it helps me know what to expect.

Some SIDs/STARs have a restriction to only turbojet or turboprop aircraft and say piston aircraft (what I suspect you meant by "GA") should use another SID/STAR, or they may have different altitude or speed restrictions (or "expect"s) for different types.

Some, like the one shown above, don't say anything about aircraft performance; this probably means that IFR traffic levels there are low enough that ATC will just vector slower traffic off the SID/STAR in the rare cases when they do actually cause a problem for faster traffic. But they still want everyone to be cleared for the SID/STAR because then both sides know what the other expects in the event of lost comms.

Not the answer you're looking for? Browse other questions tagged iaps ifr-navigation sid-star departure-sid or ask your own question.

5
Why is there a GPS/RNAV waypoint co-located with a VOR?
5
Why RNAV SIDs and STARs are RNAV 1 instead of RNP 1?
2
What do EU pilots use for IFR enroute charting (besides Jeppesen)?