Do GA aircraft pilots use predefined routes (via GPS or DME/VOR vectoring) or methods such as GPS-direct/ VOR-to-VOR in UC airspace?

Flying from RIC to IAD, the most popular and "efficient" route is BENTLY -> CAVLR3: 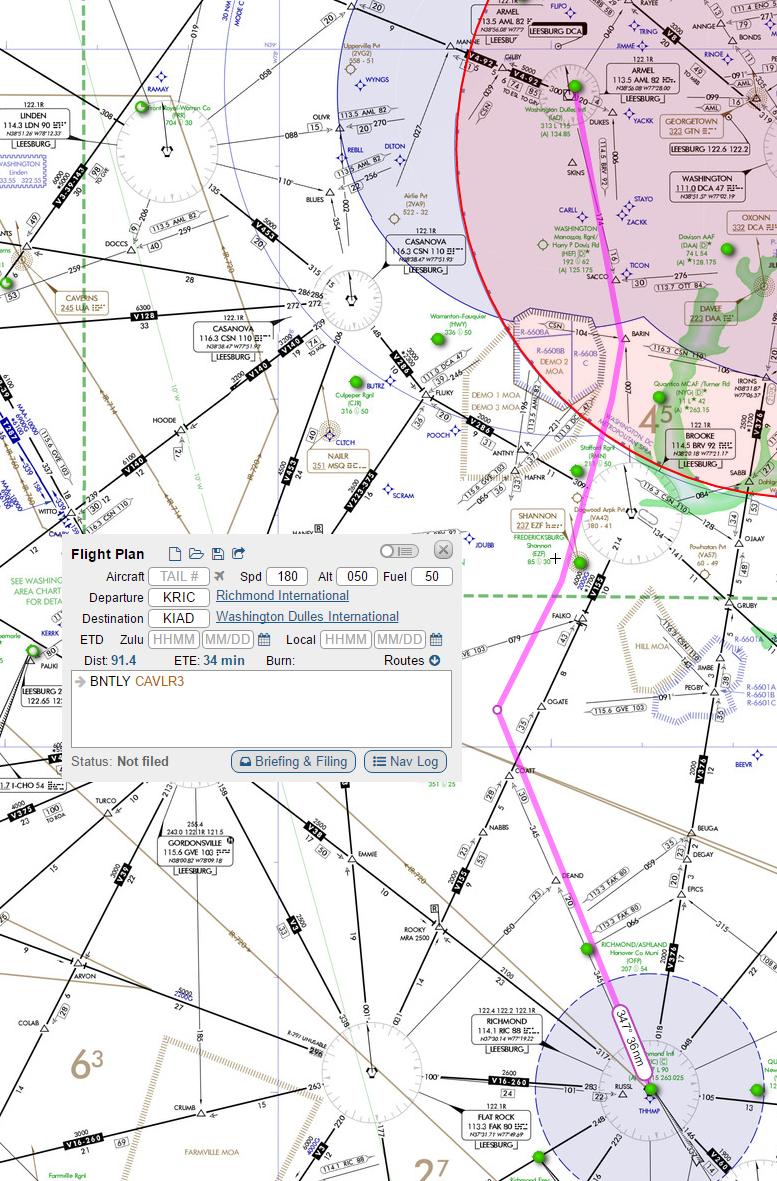 However, you could more simply depart north out of the RIC Class-D, intercept the BROOKE VOR on the edge of the DC SFRA, and then accept the inevitable vectors from Potomac Approach to IAD: 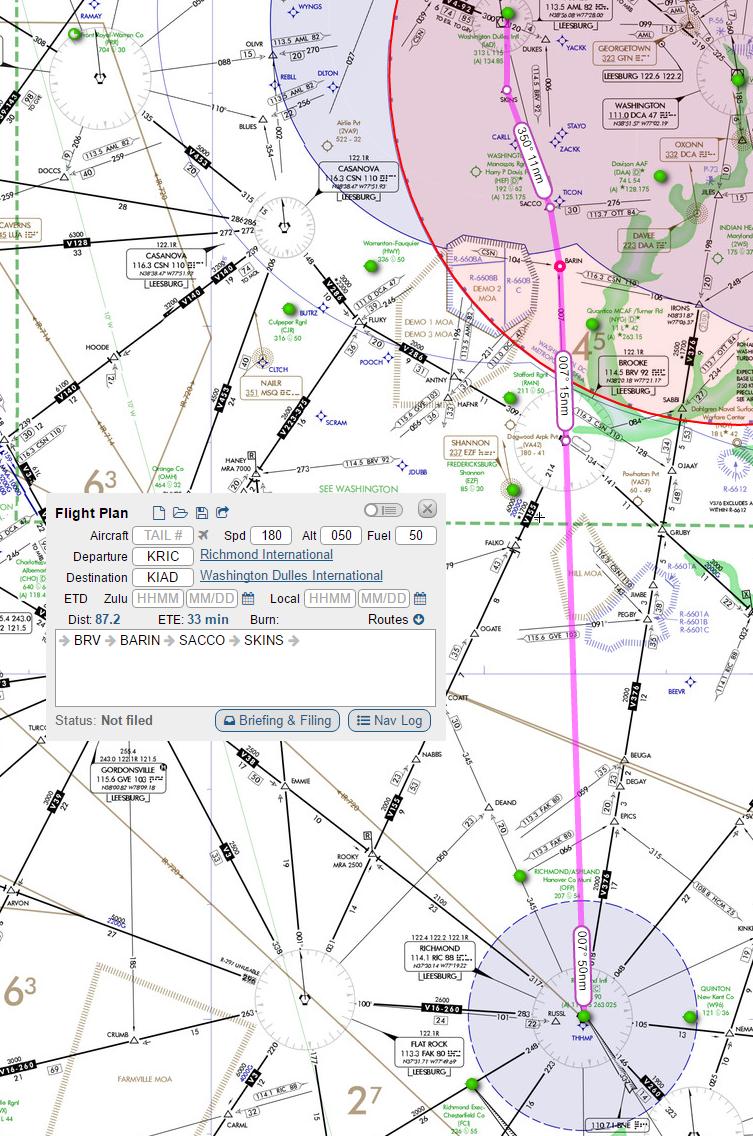 While the time en-route and distance are only trivially shorter, it still illustrates my point: choosing to fly a "non-standard" route is both quicker and potentially easier (without a GPS, hitting the intersections is a more complicated procedure than "direct to BROOKE VOR").

From my training I understand that these airways are primarily used to organize air traffic to reduce risk of collision in uncontrolled airspace as well as to improve flow and organization in controlled.

Which methods (routes/airways vs direct GPS/VOR/DME nav) are more commonly employed by IFR and (vs?) VFR pilots?

By definition, there are no defined airways or routes in uncontrolled airspace, so the answer to that question is no.

So the answer to my question seems to be that for both VFR and IFR, assuming you have the appropriate equipment (e.g. GPS), flying direct has the benefits of

while flying using established airways has the benefits of

At the end of the day it seems to ultimately come down to what ATC clears you for, which is mostly dependent upon the nature of the area you're flying in/through based on traffic density and terrain/airspace complications (your planned route out of SFO is much more likely to be at the whims of ATC, compared to departing Jackson Hole). Filing plans which utilize SIDs and STARs should therefore feasibly be less prone to modification (my assumption) when departing/arriving at an airport, leaving your choice of direct vs. airways during the cruise portion of the flight more dependent upon terrain and other factors.

Not the answer you're looking for? Browse other questions tagged navigation flight-path or ask your own question.

55
Why do pilots use airways instead of just “flying direct” every time?

55
Why do pilots use airways instead of just “flying direct” every time?
9
What is the best way to give ATC a position report using only a VOR (no DME or GPS)?
26
When flying VFR without GPS, how do pilots know if they are inside controlled airspace or not?
17
Why don't aircraft fly direct via oceanic airspace from UK to Iceland?
1
Are helicopter pilots required to use GPS navigation?
6
For general aviation small aircraft flying VFR under 10,000 feet, can I use my phone GPS for navigation in the US?