What are those things at the wing tip of an aerobatic aircraft?

What are those things? 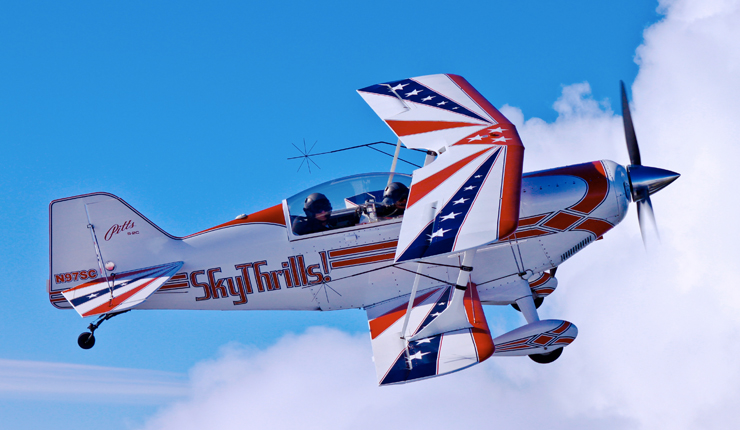 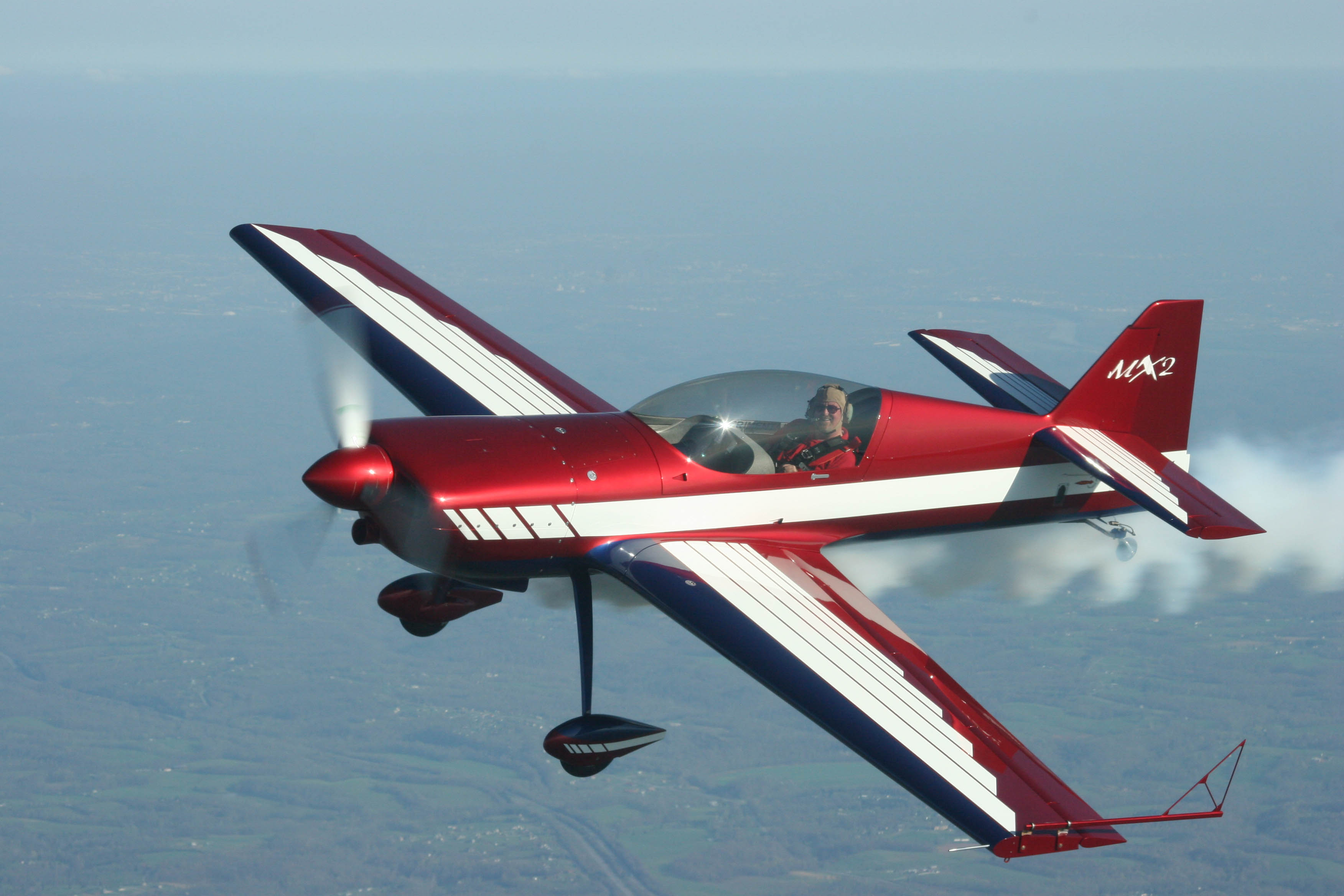 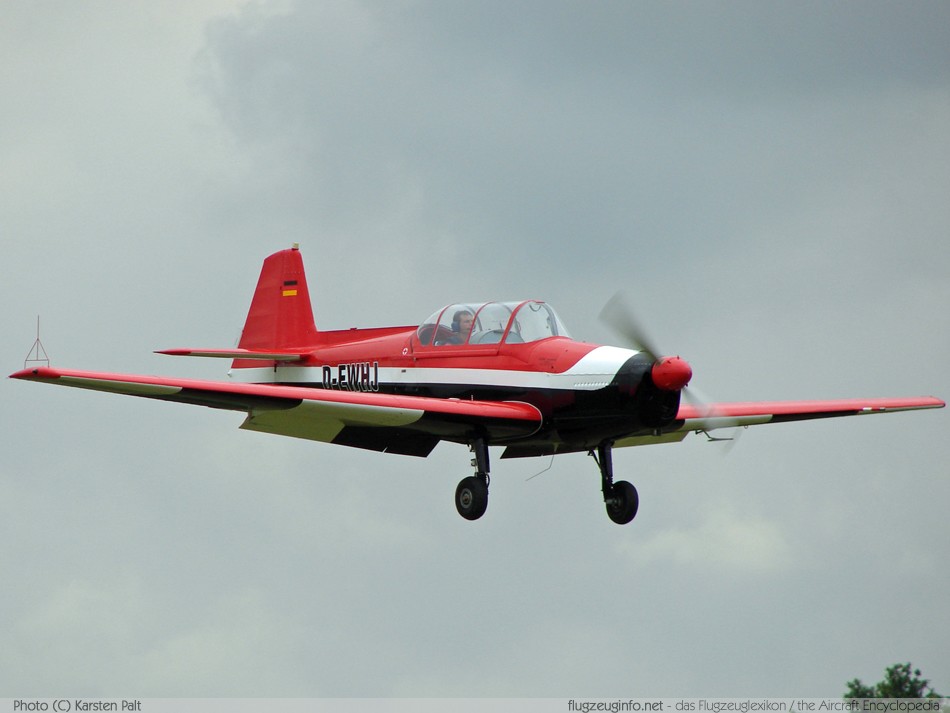 Most attitude indicators (AI) that tell the plane's attitude with reference to the horizon don't have the full range of motion that aerobatic planes go through.

If left alone, the AI would tumble out of control and become useless. That's why aerobatic pilots cage the AI—lock it in position before flying extreme maneuvers.

Most modern instruments are designed to tolerate 360 degrees of rotation in pitch and roll without tumbling, although periods of violent aerobatics may tumble any gyro horizon. Once tumbled, an instrument without a caging mechanism may not be able to re-erect itself until power is removed and the aircraft is in a level pitch and roll attitude for a long enough period that the gyro rotor comes to a stop.

The mounted sights would then give the aerobatic pilot a pitch angle reference, by judging the sight's position to the horizon—especially that they're lined up abeam to the pilot (unlike the wing tips) as shown in @Airsick's answer.

They are external attitude references. They're aligned with the aircraft's axes and positioned along the pilot's line of sight to give a quick visual guide to the aircraft's attitude during aerobatic maneuvres.

You can see the alignment more clearly on this photograph 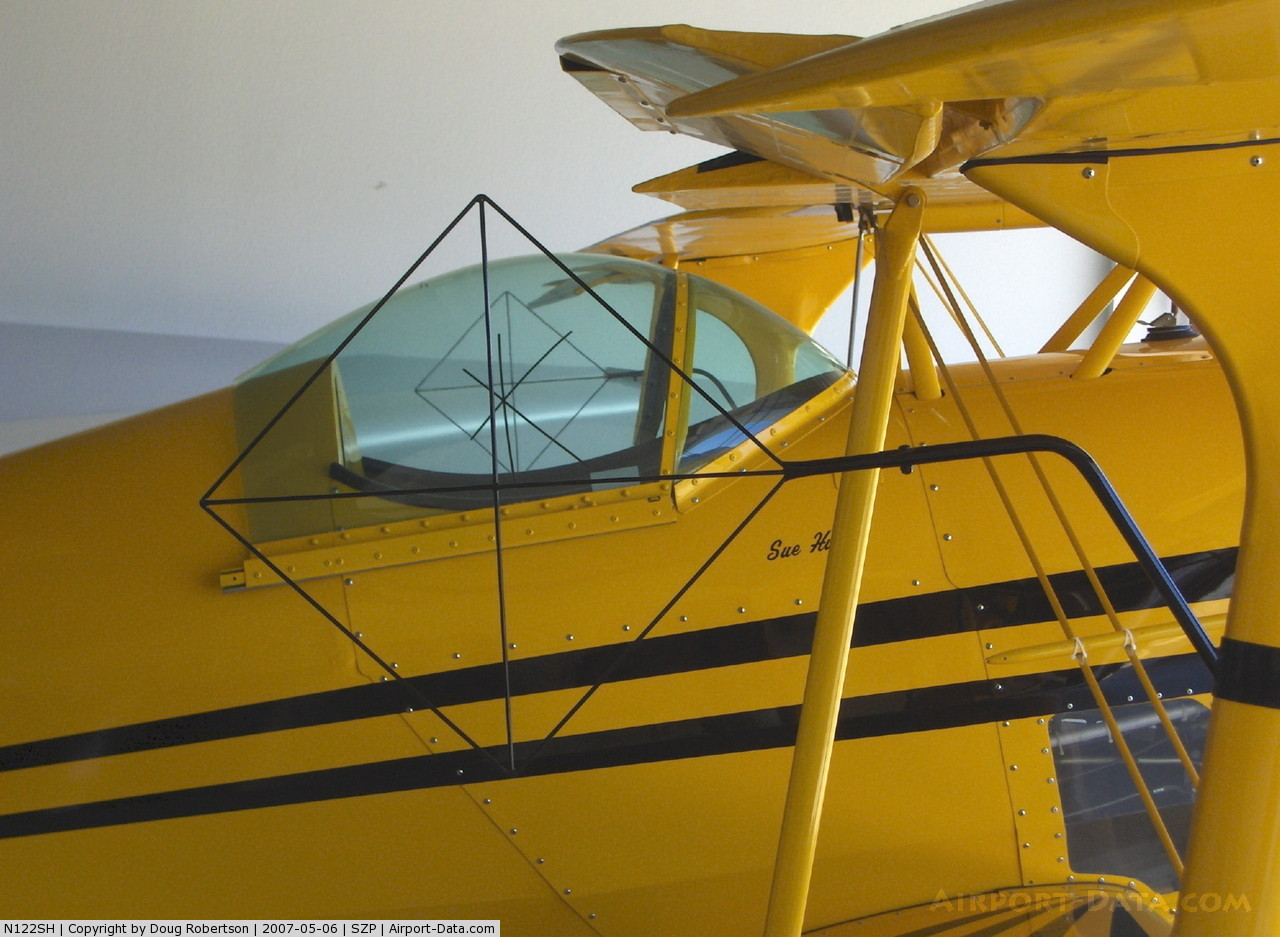 You don't see those except on serious aerobatic airplanes. In competition aerobatics such as those sanctioned by organizations that put on the National Aerobatic Championship and others worldwide, the scoring systems are largely organized around rating the pilots for how meticulously they perform aerobatic maneuvers. If a pilot does a eight point roll, they want to see clean pauses at every point 45, 90, 135, and so on. A good pilot will be very precise about the angle and make the maneuver look as though performed by a robot with perfect positioning and timing. Sloppy maneuvers lose points. It's not a daredevil competition, more like ice skating in how precise and graceful a maneuver is made.

The horizon (the line where the sky meets the ground) is typically the most used visual reference point for all pilots flying under visual flight rules and those flying aerobatic maneuvers. It's used to determine the airplanes attitude relative to the ground(pitch, roll, and yaw about the three axis that the airplane rotates around). As an example, an aerobatic pilot in competition who performs a loop will be judged on how round the loop is (not egg shaped), whether his wings remained level relative to the circumscribed arc that he traverses during the maneuver, and other elements. If he drops a wing, it makes the maneuver look sloppy. He determines if his wings are level by observing the relationship of the tips of the wings to the horizon, his only easily identifiable external visual reference. Dropping a wing will cause one wing tip to be in the dirt below the horizon while the other will be in the sky above the horizon. Those sights give him more accuracy for determining just exactly where his wings are so that his maneuver looks clean to the judges. It might not seem like it would be difficult to tell if one wing is low and the other high and it isn't when your flying straight and level. When your upside down at the top of a loop, it's a lot harder because your focused on maintaining airspeed and staying under g limits so that you don't stall and fall out of the top. Or, your focused on setting up for a snap roll on top or some other maneuver that requires wings to be level when you exit, otherwise, you kind of fall, stall, or slop out of the thing and it turns into the equivalent of a 6 g belly flop instead of a loop with a snap on top. That loses points in competition and in rare cases, breaks wings off airplanes. Airspeed can hit never exceed limits very quickly when your full power upside down over the top and then fail to pull the g's you need to get through the backside quickly enough.

Good aerobatic pilots make it look easy but it's actually very difficult to perform an aerobatic maneuver precisely. Most aerobatic students can get the plane over the top of a loop without pulling the wings off on the backside. Not making it look like a big, sloppy mess is an entirely different story. It's like precision ice skating while pulling 3g's, or 4,5, or more if you do it wrong usually. It takes a lot of practice and attention to detail to do it gracefully.

4
What instruments are used to indicate aircraft attitude in acrobatic airplanes?

15
What makes the ailerons on an aerobatic airplane different than the ailerons on a non-aerobatic airplane?
5
What are the properties of the wing (airfoil symmetry, angle of incidence) of an aerobatic aircraft?
13
What are the vertical pieces of metal on the Slingsby Swallow wing for?
1
What is the name and purpose of this part on the flap at the DA40?
9
If no low-speed compromises were made, what would an ideal Mach-3 wing look like?
5
Why doesn’t the minimum drag point meet the point at the best Cl/CD polar?
3
How can I find the optimum chord wing length for this wing?
3
What is the wing span in aspect ratio's calculation?
16
For airliners, what prevents wing strikes on landing in bad weather?
1
What is the correct definition of "spanwise" and "chordwise" with a swept wing?