Why would a RAT be deployed at takeoff? 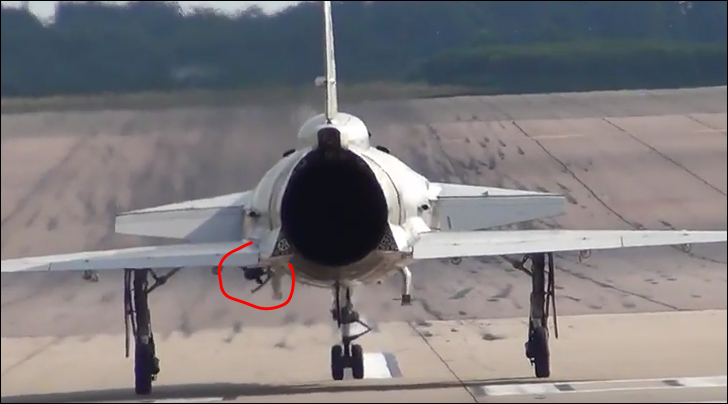 Is that a Ram Air Turbine (RAT) on the port side below the wing? Why is it already deployed and spinning during takeoff?

This answer mentions a minimum airspeed at which RAT can be deployed.

The plane in your question is the Saab 37.

According to x-plane.org about this plane—

Emergency power is supplied by a ram air turbine just before the left wing leading edge, which extends automatically on hydraulic power failure, and just before touch down. (Earlier, it was also always deployed whenever the landing gear was down.)

On some military aircraft, such as the Saab 37 Viggen, the RAT is used during takeoff and landing for the pilot to be able to maneuver the plane in case of an engine failure at low altitude.

Not the answer you're looking for? Browse other questions tagged military takeoff rat or ask your own question.

11
Is there a maximum airspeed to deploy a ram air turbine?

5
How much power is generated by a Ram Air Turbine (RAT)?
16
Why did the Concorde require a droop nose and how did it work?
11
Is there a maximum airspeed to deploy a ram air turbine?
7
What are the pros/cons of ram air turbines?
5
Why would one want to slow to V2 following an engine failure during takeoff?
15
Why is indicated airspeed rather than ground speed used during the takeoff roll?
6
Why not separate out the two definitions of V-1 into two separate Vspeeds?
24
Why don't militaries use ram-air parachutes?