How do multiple-disc brakes work?

How do they work? 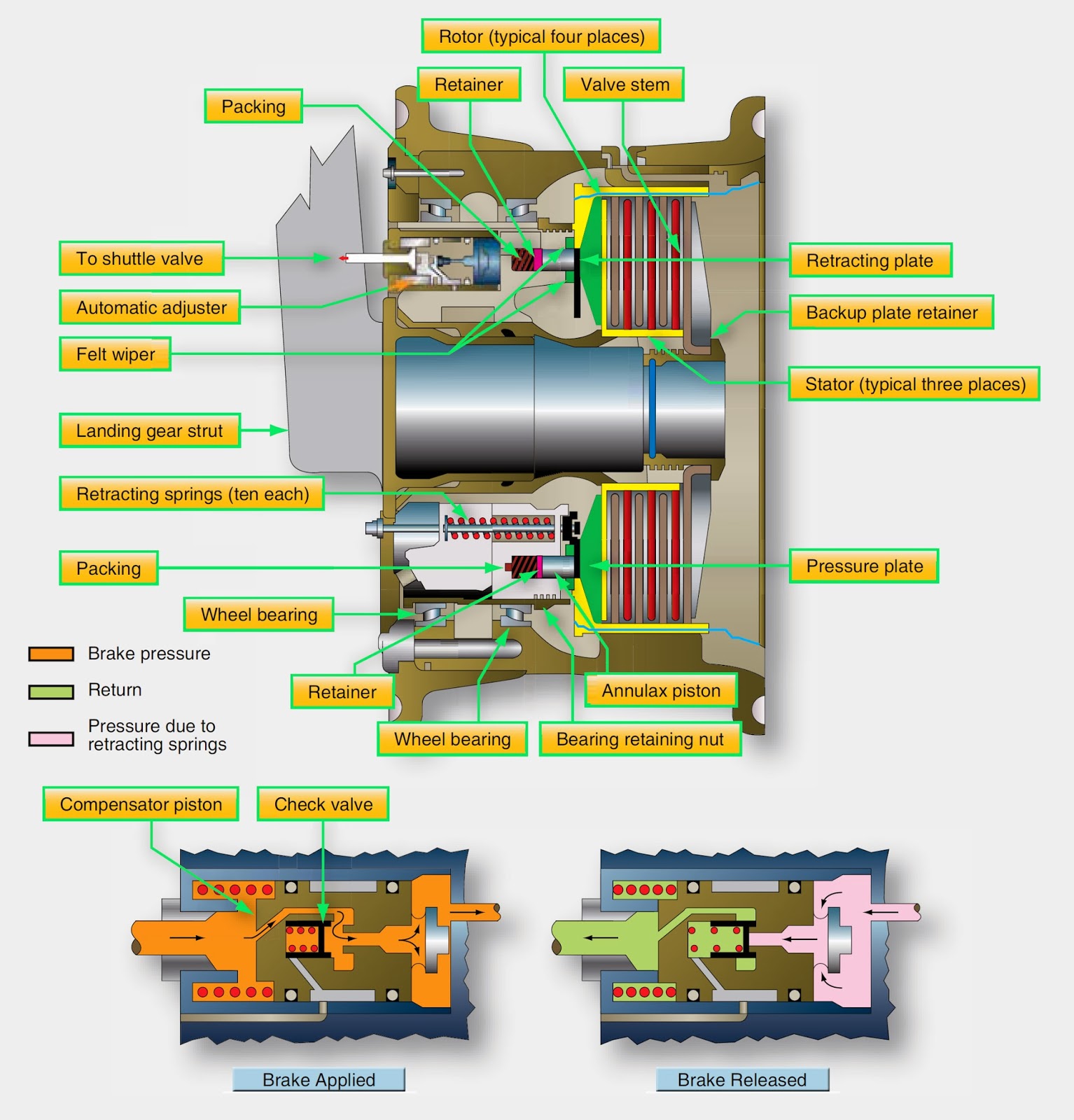 A disc brake works in a very similar way to the brakes on a bicycle. The wheel rim on the bicycle can be considered to be similar to one of the discs in an aircraft brake unit. When the brake is applied on a bicycle the callipers squeeze the brake pads against the rim, the friction slows the rim/wheel. A typical aircraft brake pack consists of several discs which are keyed to the inside rim of the wheel and rotate with the wheel, there are also several discs which are keyed to the stationary axle, these discs are interleaved and form a pack. The rotating discs in the wheel rim are squeezed against the stationary discs on the axle by hydraulic pressure using several pistons spaced around the discs, (like several calipers might be spaced around the wheel rim of a bicycle if they were required). The resultant friction slows the wheel and consequently the aircraft. Incidentally the friction energy is converted to heat during the braking.

Not the answer you're looking for? Browse other questions tagged aircraft-systems braking or ask your own question.

5
How much does pilot technique affect brake life?
22
When the brakes are checked, what do the firemen actually do?
13
Does a plane have brakes to stop or slow down while flying?
15
Why aren't the canards used as airbrakes on the Tupolev Tu-144?
10
How does landing performance differ on water vs. ice vs. paved/grass runways?
8
How much force are large aircraft brakes able to exert?
2
How can I reduce the responsivness of my homebrew brake system?
1
Do any aircraft have liquid-cooled brakes?
8
What's the difference between multiple disc brake and segmented rotor brakes?
2
Are there any GA trainer aircraft without toe brakes?