How can I calculate effective wingspan of a high aspect ratio model airplane?

I've heard of people talking of wingspan and effective wingspan.

I understand that tip vortices increase drag, but do they reduce the effective wingspan of a wing?

How can this be calculated?

I think the term "effective wingspan" should better be replaced by "effective aspect ratio". There is no change in wingspan when the wing flies closer to the ground, but it behaves like an equivalent one with a higher aspect ratio. The basic formulas can stay unchanged, only aspect ratio should be adjusted.

Think of it this way: If there was an increase in span, would wing area grow with it? Would that mean that wing loading goes down? No, it is better to assume that the wing near to the ground behaves like one of the same area, but of a higher aspect ratio with an increased span and a proportionally shortened chord.

Sighard Hörner gives an approximation on page 7-13 in his book Fluid Dynamic Lift for the increment by which the effective aspect ratio is increased over the geometric aspect ratio: $$\frac{∆AR}{AR} = 0.09\cdot\frac{h}{b}$$

b is wingspan and h is the height of the aerodynamic center over ground. 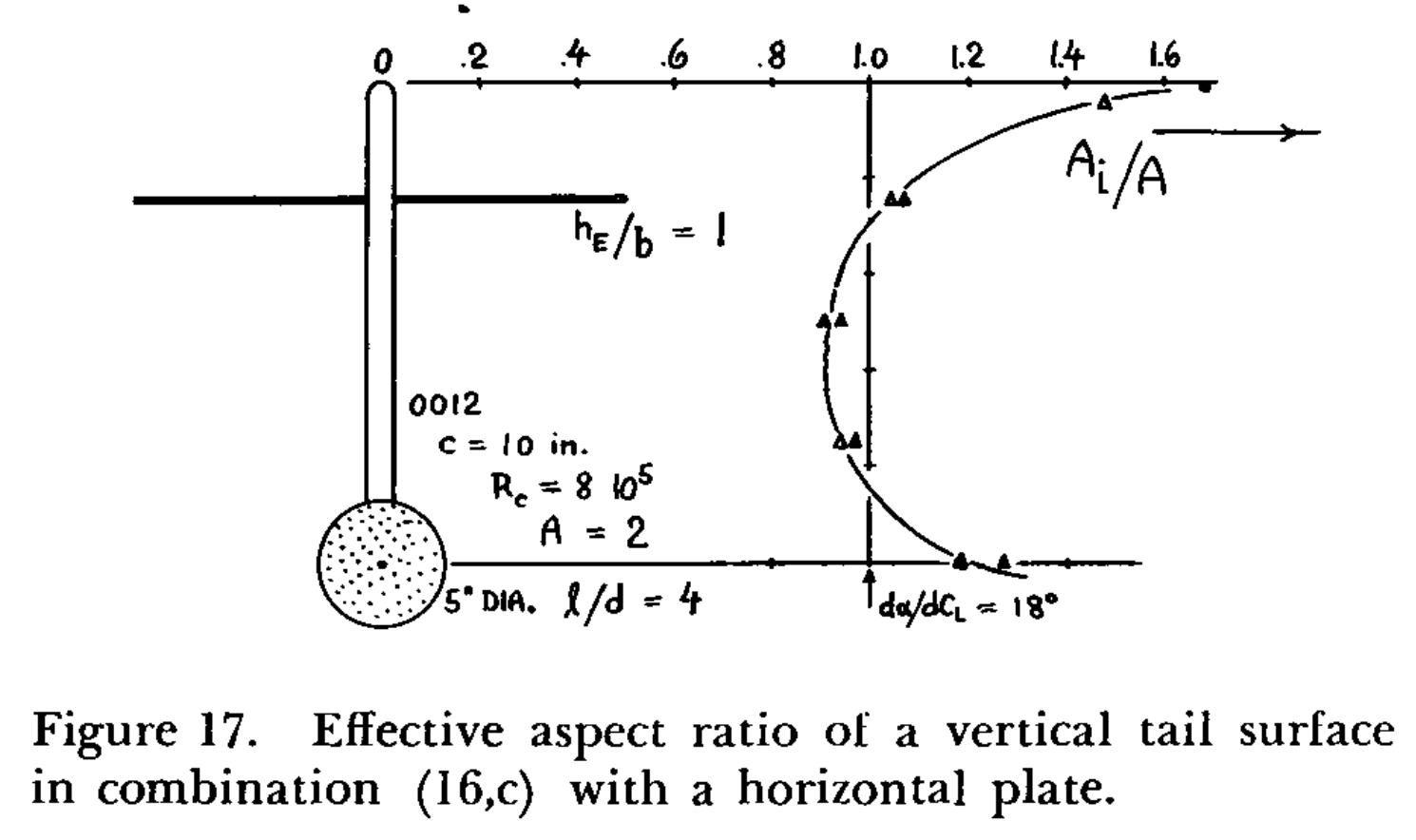 The case where an effective span makes sense is in the calculation of the induced drag and vortex location of a rounded wingtip. Here is Hörner's list of wingtip shapes from the same book:

And lastly, no, wingtip vortices don't cause induced drag. It doesn't become true just because it is repeated so often. Please look here or here for a better explanation.

Not the answer you're looking for? Browse other questions tagged aerodynamics wing lift drag wing-tip-vortex or ask your own question.

6
Why is induced drag less on a high span wing?
8
What is the aerodynamic centre and how does it relate to the pitching moment?
8
Is induced drag not caused by tip vortices?

6
Why is induced drag less on a high span wing?
10
How do Hoerner Wingtips work?
5
What is wing inductance?
4
How does the aspect ratio of a wing impact its lift?
5
What are the typical lift, lift coefficient and drag coefficient for a A320 in cruise?
2
How can the zero-lift drag coefficient (parasitic drag) be calculated?
2
How do endplates reduce induced drag?
1
How does wing aspect ratio influence lift and drag?
1
Why do Wingtip Vortices affect the upwash ahead of the aerofoil?