What is the difference between a propeller and a rotor?

I have been making the mistake of using words "propeller" and "rotor" interchangeably when they are not the same thing. What is the difference between a propeller and a rotor?

Lift and thrust involved are components of the same physical force (the aerodynamic force) to which we refer to differently based on their purpose after an arbitrary breakdown based on the direction they act (compared to the direction of the aircraft or to the gravity field).

For our pleasure, let's also talk about a turbine rotor, which is a rotor/propeller which doesn't produce lift or thrust, but convert the fluid velocity (actually momentum) into torque. For example the wind turbine rotor. A turbine rotor is certainly a propeller, but we don't refer to it as a propeller, as it propels nothing.

Rotor is the most generic name for something spun by a shaft. It can be used for a propeller, the rotating wing of an helicopter, the rotating elements of a compressor or a turbine, etc. You can't be wrong using rotor for any spinning device. Rotor (rotating) is the antonym of stator (stationary). These terms are not specific to aerodynamics, in a electric motor there is usually a stator and a rotor as well.

The rotor of a rotorcraft comprises blades and is comparable to a propeller, if we except blades additional freedom in flapping and leading-lagging to limit vibrations created by repeated force swings encountered while performing a 360° turn. 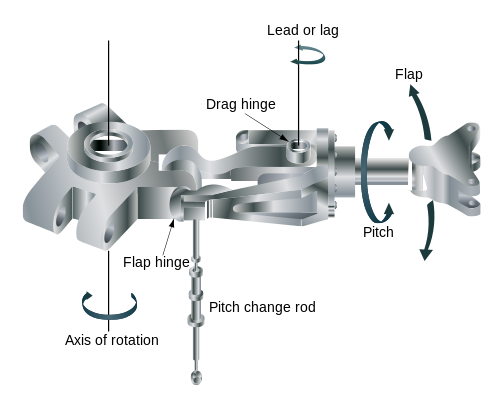 A propeller also comprises blades, fixed on the rotation axis. 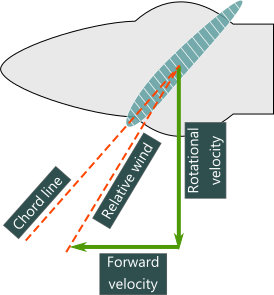 The purpose of a propeller is to propel the aircraft, that is to push it in the direction of its flight.

Both a rotorcraft rotor, a propeller and a wing create the same aerodynamic force. However the conventions are:

Wing, propeller blade and rotorcraft blades work exactly the same from an aerodynamic standpoint. The resultant of their action is the total aerodynamic force, which is then broken down arbitrarily into lift, drag, thrust and torque to facilitate mechanical analysis.

According to these definitions, it is not wrong to name propellers as rotors and vice versa.

In aviation language usually helicopters have rotors and planes have propellers, because:

In general a rotor is anything that requires continuous rotation to function. Rotors also occur in devices such as the distributor in an electrical ignition system and in some rotary pumps.

A spinning set of blades designed to create gas flow is often called a fan. Such fans are typically housed in a duct.

A spinning set of blades designed to create thrust for forward motion is often called a propeller. But this is not so far from the function of a fan, so here we get into niceties, such as;

I trust that is wholly clear and unambiguous to you! Or, to put it another way, the industry just makes it up as it goes along and uses whatever word seems like a good idea at the time. You just have to remember what they have decided for each gadget.

Not the answer you're looking for? Browse other questions tagged propeller terminology or ask your own question.