At what point is a turbine powered ducted propeller considered a turbofan?

Turboprop Propellers can be ducted for extra thrust. What are the criteria for determining that the engine is no longer a ducted propeller design, but a turbofan? Does there have to be a type of blade design, a fully separate nacelle/pod, number of blades? Or are all turbofans technically shrouded propellers with some augmented thrust from the turbine exhaust ?

They're pretty much all considered turbofans with a few exceptions from the '70s such as this experimental Britten-Norman Islander. They key difference is a prop can be considered a separate entity (add-on) to the turbine for a turboprop, but a fan is an integrated component for a turbofan. 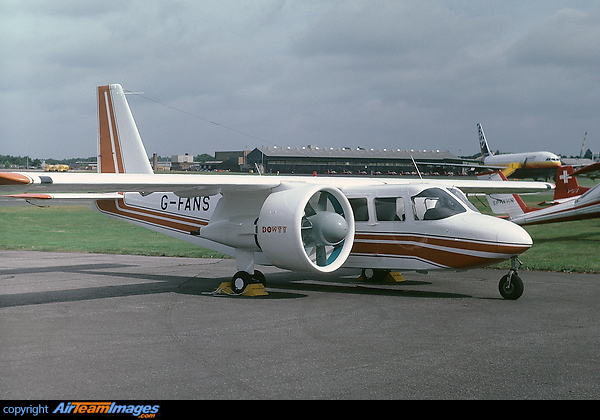 After a fair bit of thought and research I hope I've managed to come up with a satisfactory answer, though to start with a disclaimer. The aviation industry is far too fond of merging and creating new words to describe new engine architecture. Take Open Rotor vs. PropFan for example.

To get technical about it, you could look at the similar/reverse argument about the difference between an open rotor turbofan and a turboprop, as addressed by the EASA.

If you look at Appendix 1: Open Rotor Definition (Page 86) of that document they outlined the following key differences

Open rotor module that cannot be distinguished as a separate entity

However the following was the agreed definition, which is still rather ambiguous.

In general (there are often exceptions to any rule), a turboprop unit is likely to have a gearbox between the turbine and the propeller. The propeller is likely to be capable of varying its pitch. Also, the propeller may be a set of two contra-rotating propellers in the case of a high power turboprop. A turbofan engine is unlikely to have these features, although PW does have a GTF geared turbofan.

A parameter to catch blade count and chord relative to blade length, is the disk solidity $\sigma$. Area of all blades summed together, divided by the area of the circle defined by the blade tip length: 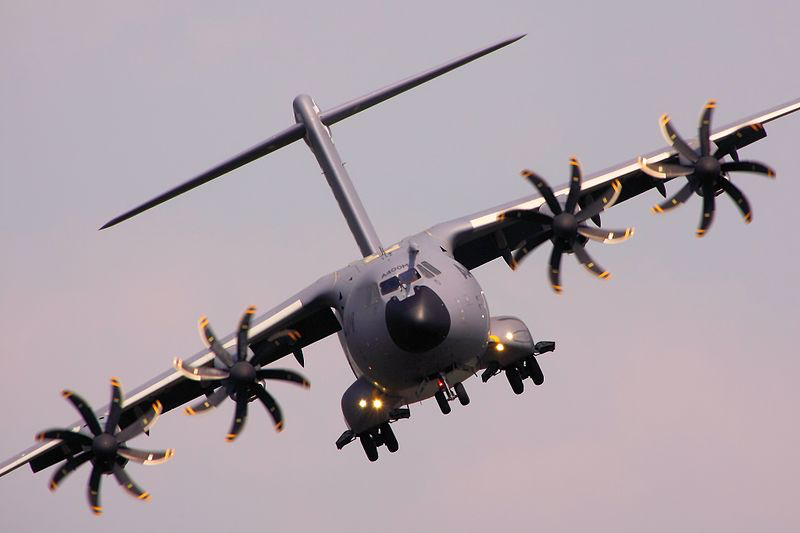 There does not seem to be a defined transition point of $\sigma$, above which we're talking about a fan. The 8-bladed propeller of the A400M with a blade radius of 2.6m has a solidity ration of about 0.3 which is amongst the highest in the world. We instantly recognise it as being a propeller. 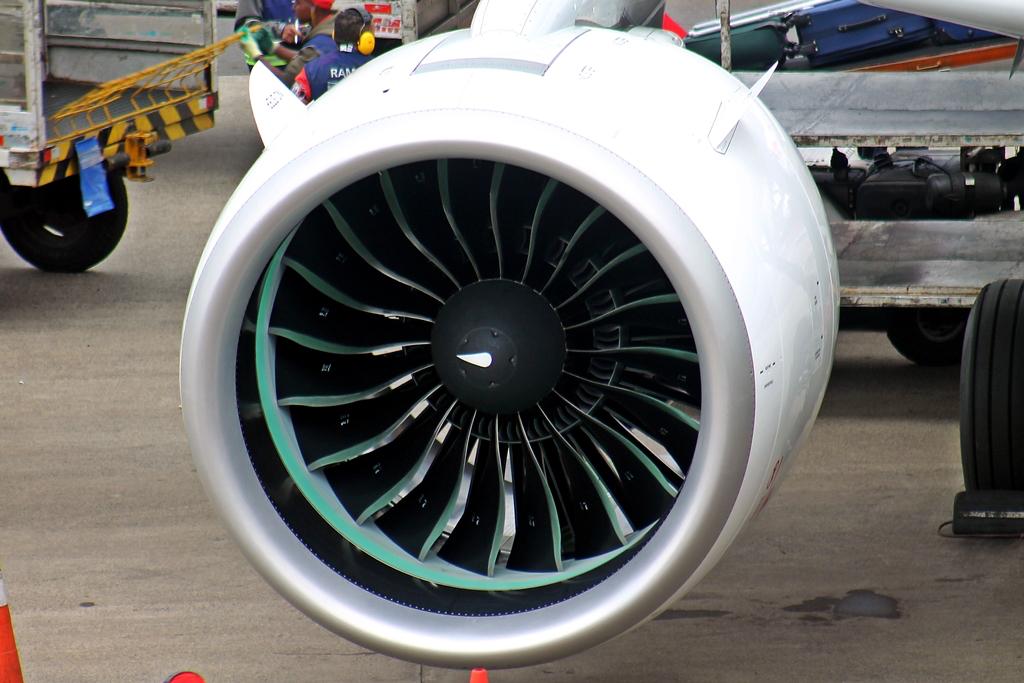 The fan of a geared turbofan like the PW 1000G is instantly recognisable as a fan, with its 20 relatively fat blades and a $\sigma$ close to 1. Note that both are driven by a gearbox for obtaining a beneficial tip speed.

Or are all turbofans technically shrouded propellers with some augmented thrust from the turbine exhaust ?

Indeed, technically a fan is a type of propeller. Turboprops also have thrust directly from the turbine exhaust.

Not the answer you're looking for? Browse other questions tagged propeller engine turbofan turbine or ask your own question.

36
Why are prop blades not shaped like household fan blades?
35
How does a fan differ from a propeller?

23
Would an aircraft with contra-rotating propellers longer than the plane's wingspan be able to fly?
35
How does a fan differ from a propeller?
5
What is the equation for the energy balance between turbine, compressor and propeller?
3
What is the material that is used for turbine blades that has the highest melting point?
4
Why don't contra-rotating propeller configurations with more than two propellers exist?
6
Would tubofan aircraft benefit from adjustable fan blades?
3
On a ducted propeller, how does duct length affect thrust?
6
How heavy are turbofan and turboprop propeller blades?
2
What mechanism did the turbine reversers of early high-bypass turbofans use?