How does a turboprop engine work? [duplicate]

I don't understand how it works, can someone provide me with details?

The Beechcraft systems description for one of the PT6 models provides the following:

The PT6 engine has a three stage axial, single stage centrifugal compressor, driven by a single stage reaction turbine. The power turbine, counter-rotating with the compressor turbine, drives the output shaft. Both the compressor turbine and the power turbine are located in the approximate center of the engine with their shafts extending in opposite directions. Being a reverse flow engine, the ram air supply enters the lower portion of the nacelle and is drawn in through the aft protective screens. The air is then routed into the compressor. After it is compressed, it is forced into the combustion chamber, and mixed with fuel that is sprayed in through nozzles mounted around the gas generator case. Two spark igniter plugs are used to start combustion. After combustion, the exhaust passes through the compressor turbine and two stages of power turbine and is routed through two exhaust ports near the front of the engine. A fuel control system schedules fuel flow to maintain the power set by the gas generator power lever. Propeller speed within the governing range remains constant at any selected propeller control lever position through the action of a propeller governor, except in the beta range where the maximum propeller speed is controlled by the pneumatic section of the propeller governor.

The accessory drive at the aft end of the engine provides power to drive the fuel pumps, fuel control, the oil pumps, the starter-generator, and the tachometer transmitter.

The following diagram depicts airflow through the compressor stages, the combustion chamber, the power turbines, and the exhaust section. The propeller bolts on the front of the engine at the output shaft (left side in the diagram). 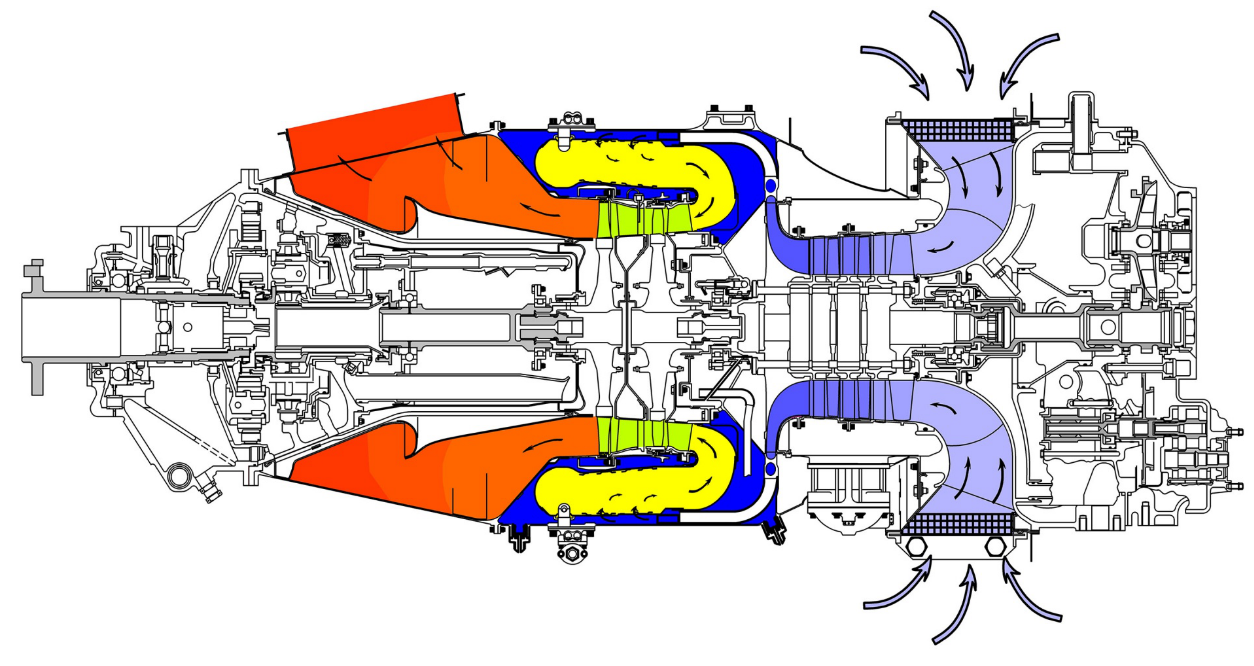 The following diagram depicts the various compressor and turbine stages. Note the physical disconnect between the gas generator and power generator turbines. This is why these types of engines are called "free-turbines": the power turbine (and by extension the propellor) can spin freely from the gas generator section. 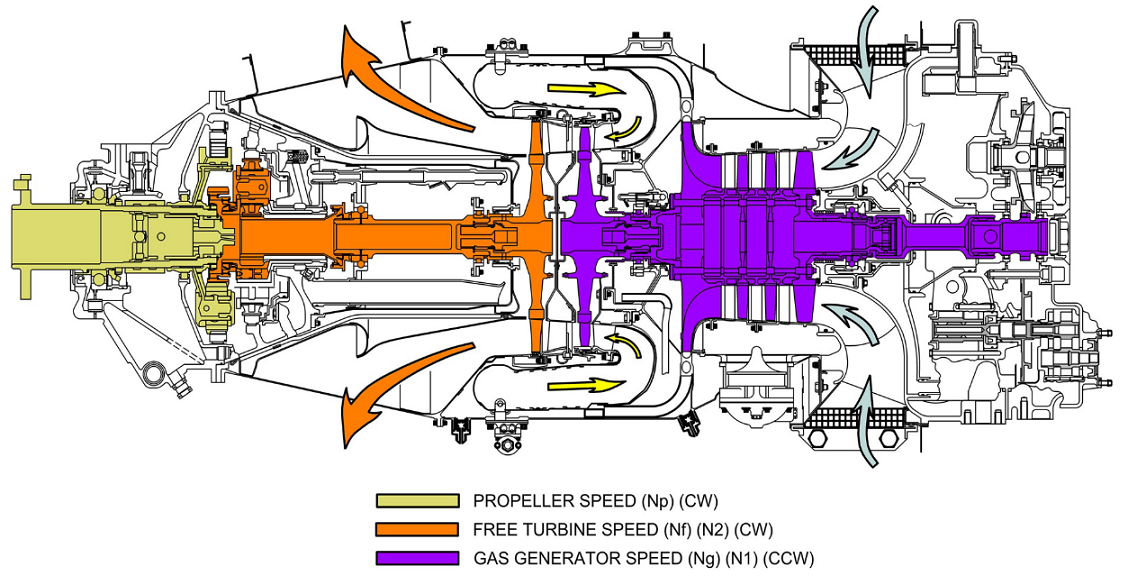 Not the answer you're looking for? Browse other questions tagged engine turboprop or ask your own question.

54
What is the difference between a turbofan and a turboprop engine?

22
What are the differences between a helicopter engine (turboshaft) and an aircraft engine (turboprop)?
8
How does the F-35's roll posts work, and how does its engine turn down 90 degrees?
3
How does this fuel pump work?
16
How does a turboprop engine keep running during thrust reversal?
1
For how long can a single-engine turboprop safely run the engine at idle?
0
How does thrust relate to horsepower on turbocharged engines?
8
What are the durations of strokes and events in a 4-stroke engine?
8
How did War Emergency Power work?
10
How are turboprops and other propeller planes pressurized?