On average, how many landings does a student pilot need before their first solo?

On average, how many landings does a student pilot need before their first solo? I know it depends on individual students, but roughly what is the number? Or you can just tell me your experience.

My logbook shows 29 landings, with 11 hrs logged in an Aircraft Single Engine Land aircraft (ASEL) when my instructor stepped out and sent me off on my first solo flight.

Now, there can be a significant difference between the experience of training under §61 and training at a §141 flight school. The schedule at §141 schools tends to be more fast-paced than what many students might experience doing §61 flight training. Since students must systematically complete the curriculum at §141 schools, a certain minimum level of experience will be in place before a student solos. However, this curriculum also lends itself to a student being ready to solo after a fairly defined period of time. A student training under §61 might take longer to be ready to solo due to a number of factors, including a possibly more relaxed training pace. On the other hand, §61 training can also give an instructor the freedom to solo a student after less time than might be typical.

I was trained in the US Navy. My basic flight training was conducted at NAS Corpus Christi in the T-28 Trojan and consisted of 30 actual flights. This was average for a student Naval Aviator. Total actual flight time was 48.9 combined and 40.6 as first pilot. There were a total of 7.3 hours of instrument time, with 1.9 night time hours. Before my solo I had 148 landings.

The average flight time was 1.6 hours with 1.4 as first pilot. Average landings per flight were 5. 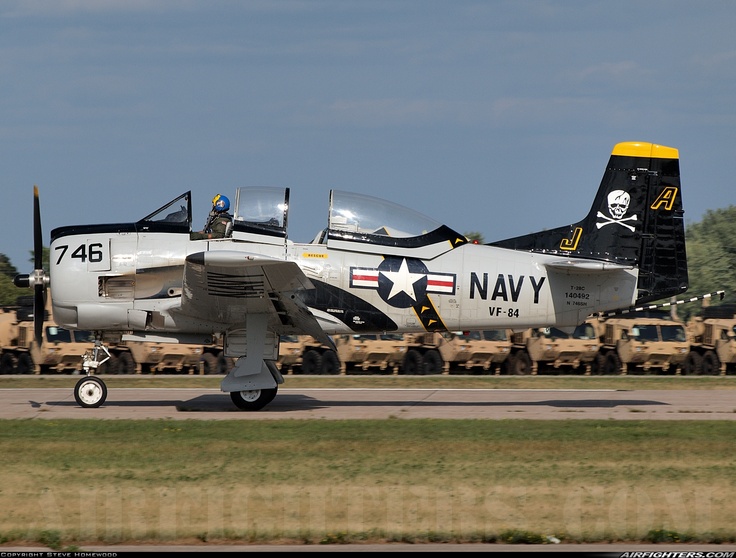 It was an airplane that, in a sense, was wasted on a new student like me. It was a lot to handle for a new aviator, and at the time I was flying, it was old and often a pilot was faced with emergencies. I remember being airborne listening to an emergency of a solo pilot with smoke in the cockpit. It had a lot of power with its 9 cylinder radial engine.

At full throttle on engine checks at the end of the runway you had to press hard on the brakes, and could find yourself coming off the power as you skidded down the runway. When you released the brakes you had a lot of rudder in compensating for the prop wash hitting the vertical stabilizer. It was customary on your first takeoff not to put in nearly enough rudder. Whoa, that led to some interesting events.

When I finished my indoctrination at Pensacola I was given the choice to fly the new T-34 Turboprop or go to Corpus Christi and fly the T-28. When I saw the engine on that beast I knew exactly which aircraft I wanted to fly. Wish I had enough money to own one.

Not the answer you're looking for? Browse other questions tagged landing flight-training student-pilot or ask your own question.

21
Can you tell ATC you are a "student pilot" when you are not?
20
Why are student pilots' shirt tails cut after they complete their first solo?
26
I accidentally deviated from an ATC instruction as a student pilot. How bad was it?
8
How many miles before the runway should an airliner put the gear down?
5
Can I obtain a license over several years?
20
Are the first solo flights by a student pilot more dangerous?
13
What about hours flown solo without a student pilot certificate?
5
How does a student pilot learn the process of pre-flighting a Robinson R22?
6
What is the average number of flight hours that US private pilots require before passing their checkride?