Why is it assumed on sectionals that the area outside of a 700 AGL Class E (Echo) transition area is Class E starting at 1,200 AGL?

In this Bold Method article (http://www.boldmethod.com/learn-to-fly/airspace/class-g-airspace/) it is stated that anything beyond the hard lines of this examples 1,200 ft AGL Class E (blue) transition area is Class G (Golf).

So far so good. 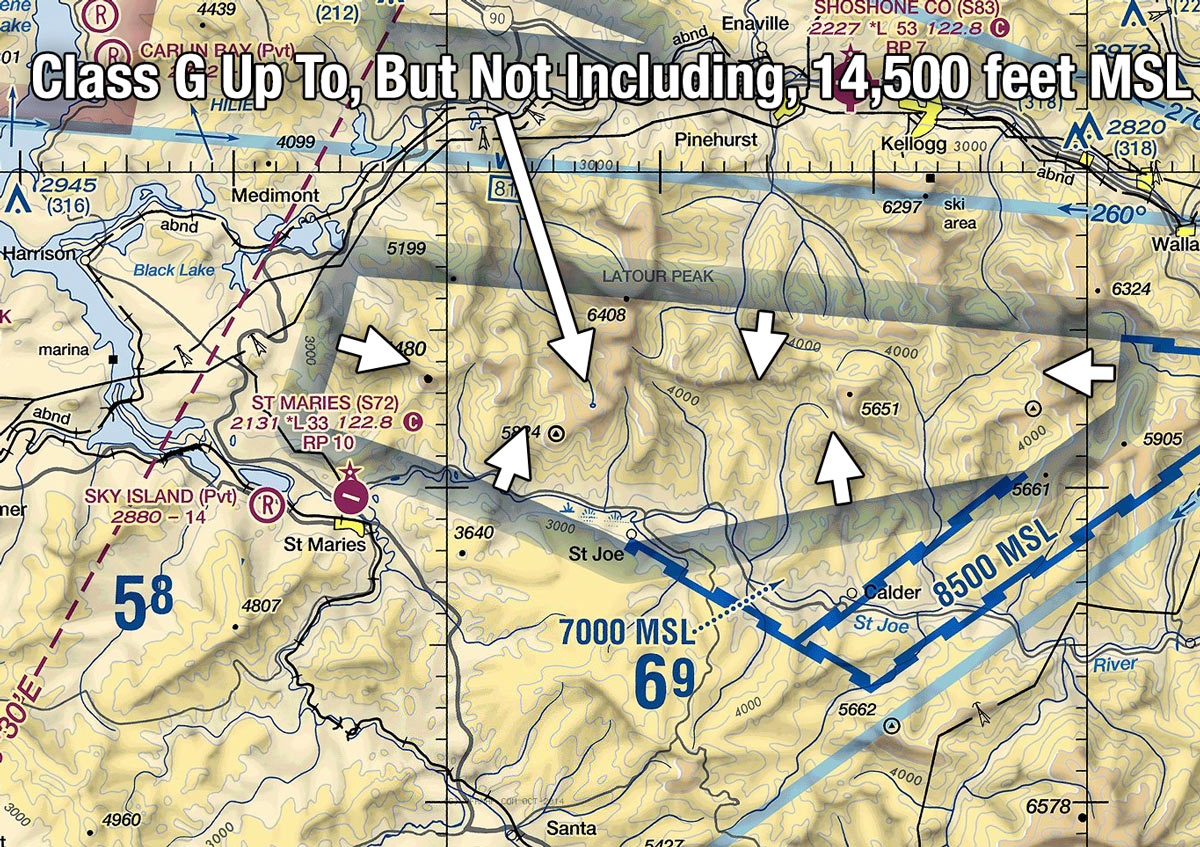 However, further down in the article, it is stated that beyond the hard lines of the magenta 700 ft AGL Class E transition area that the airspace is Class G until 1,200 ft AGL at which point it turns into Class E again (think the blue Class E area that exists above this entire area). 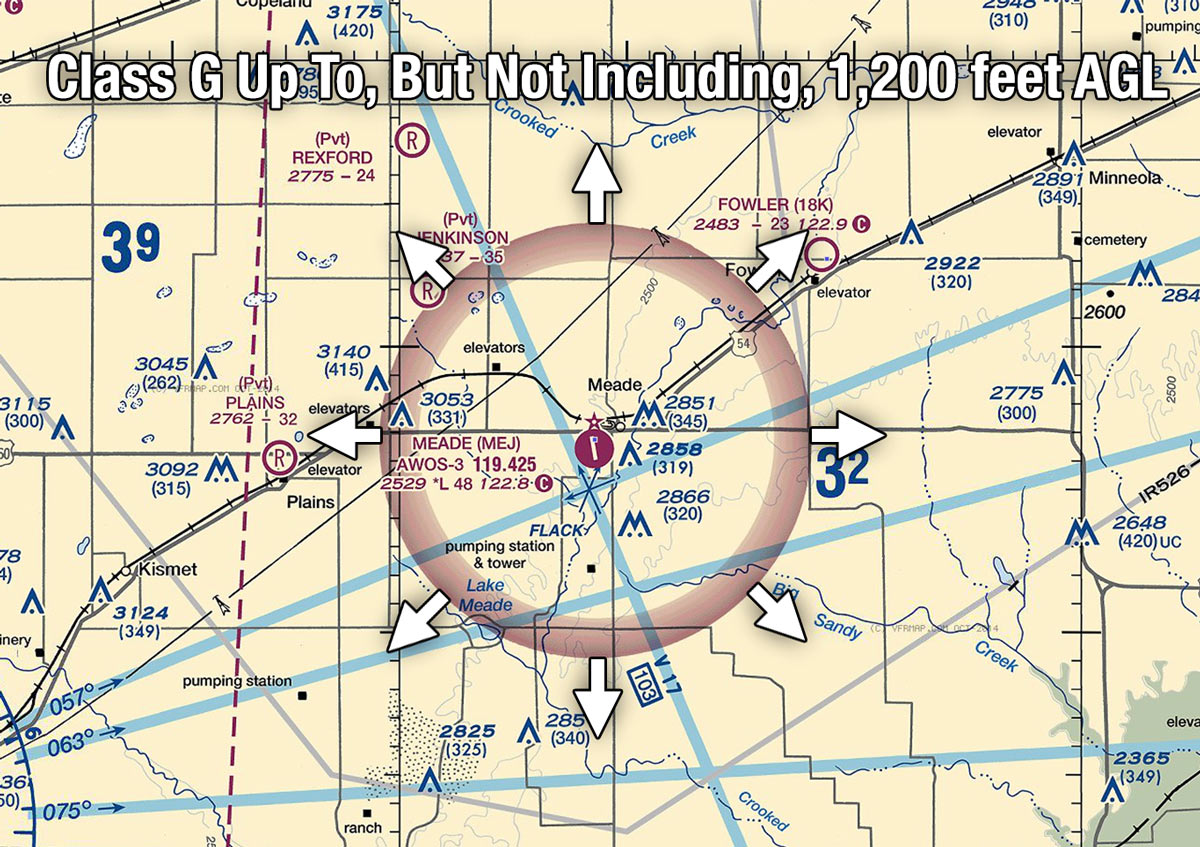 Why is it assumed that outside the 700 ft AGL Class E transition area there lies 1,200 ft AGL Class E? It surely isn't represented in the screenshot. Couldn't it just as well be Class G until 14,500 ft AGL?

Take a look at the legend on the side of a VFR chart. (You can get them for free at https://www.faa.gov/air_traffic/flight_info/aeronav/digital_products/vfr/ )

Class E exists at 1200' AGL unless otherwise designated as shown above. 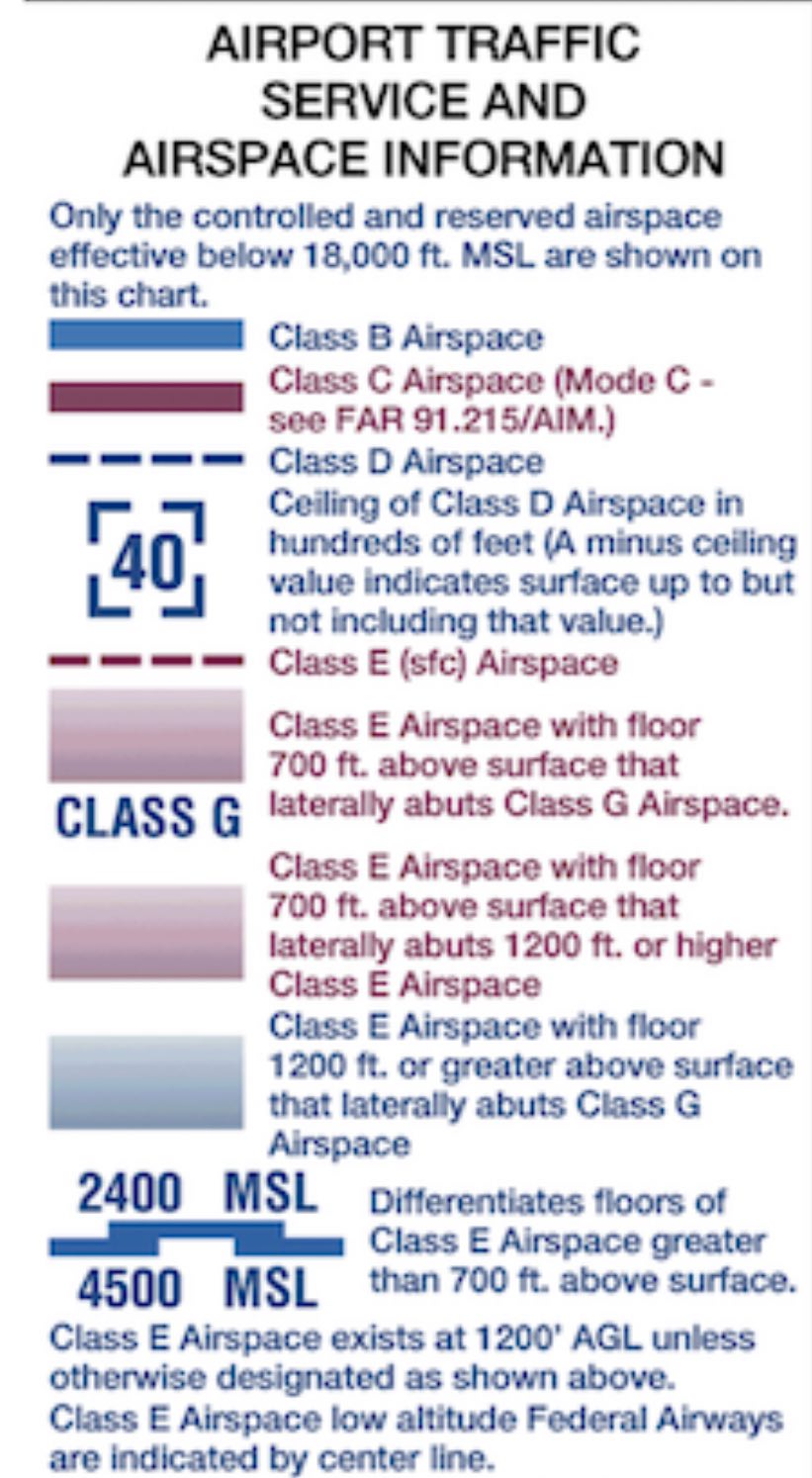 Not the answer you're looking for? Browse other questions tagged faa-regulations airspace aeronautical-charts or ask your own question.

7
What are concrete examples for class G up to 14500?
1
What would be the airspace class when no vignette is visible on a US VFR sectional chart?

12
Which parts of class E airspace can an ultralight (part 103) fly in without prior ATC authorization?
9
Is it possible for a non-towered airport to have keyhole extensions Class E starting at the surface?
4
May the Class-E-to-surface airspace near Eagle County Regional airport (KEGE) and Marshall AAF (KFRI) be ignored when the tower is open?
0
At what altitude, if any, may an ultralight overfly the Gallup airport (KGUP) with no prior authorization without violating FAR 103.17?
0
What indications has the FAA given that phrases like “surface area of Class E airspace designated for an airport” do or don't include E4 “extensions”?
2
What is the floor of the class E airspace near KRHV when the tower is closed?
0
What is the meaning of “transition area” as used by the FAA? Has the meaning changed over time since the term was introduced?