Why do Vx and Vy coalesce at an airplane's absolute ceiling?

I'm struggling to figure out why that is the case. I'm trying to determine why the best angle of climb speed equals to best rate of climb speed at the absolute ceiling on airplanes.

I think the answer to your question lies in the fact that approaching the absolute ceiling, the terms "climb rate" and "angle of climb", in regards to an airspeed, begin to lose their meanings.

As a plane approaches the absolute ceiling, the climb rate will be zero or close to zero, so the best angle of climb approaches 0 degrees above the horizontal plane as well making your "best-rate" speed also be your "best angle" speed; both the rate of climb and thus the angle of climb being, effectively, zero.

The absolute ceiling is defined as the altitude where climb speed drops to zero. This implies that there is only one speed at which the airplane does not lose altitude. Flying any faster or slower will result in higher drag than thrust, and the airplane will start to sink. Only at the optimum climb speed will the airplane stay at zero sink speed. Now that there is only one speed at which both the climb angle (which is now zero) and the climb speed (which is also zero) reach their maximum, both speeds must coalesce. 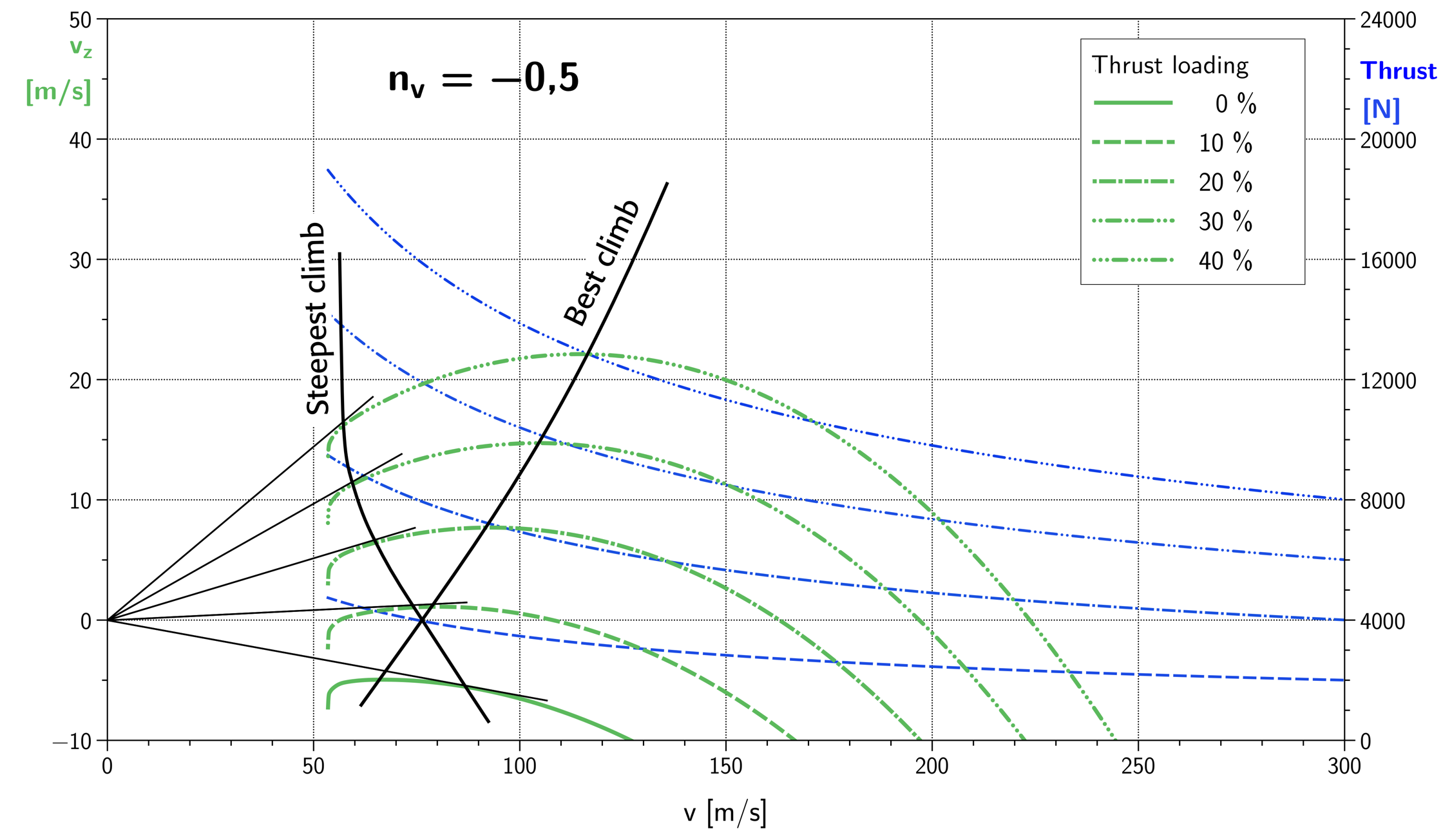 This graph shows the idealized optima of best climb speed and best climb angle (steepest climb) for different thrust loadings of a turbofan-powered aircraft (full explanation here). Note that the lines for the two optima cross at zero climb speed. It is no coincidence that the sink speed curve over flight speed for zero thrust loading looks like the glide polar of a glider.

12
Under what conditions can the maximum angle of climb be achieved for jet and propeller aircraft?
13
How are the glide polar and L/D ratio charts related?
6
What is the peak of coffin corner called?
7
What should be the minimum time spent in cruise (for e.g. a B737)?

11
Why is the initial short-field climb below Vₓ in a Cessna 172?
7
For light, GA aircraft, is there a "standard" turn, and what does that mean?
14
Does a headwind affect the climb gradient?
10
Is it legal for an SEP airplane to fly above its service ceiling?
7
In a jet, are Vy and Vx achieved at a constant AOA at all altitudes?
3
Best glide speed vs. best glide angle? Maximum glide range?
4
Constant turn radius with Δ airspeed and bank
1
Why isn't Vy lower than the speeds for best L/D ratio and best glide ratio in an airplane with a piston engine and a variable-speed prop?
3
What happens to Vyse and Vxse above the OEI ceiling?