Is there an API to retrieve airport departure and arrivals?

I am looking for an API to get the arrivals and departures timetable for any airport in real time, like this table on the EuroAirport website: 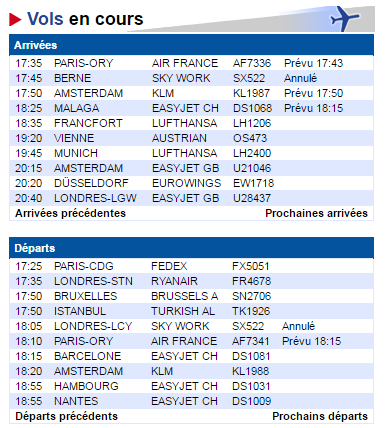 Are services like FlightAware or FlightStats relevant for me? I am a non-native English speaker so airport-specific language is a bit tough for me, I am not sure I fully understand what those APIs provide.

Edit : paying APIs are okay, I have a budget of around 100€ a month for this project

It appears that Flightaware does have an API (both SOAP and REST) that would satisfy your needs.

Here's a code example from that page that gets data on flights en route to JFK and KSMO (this fits your arrivals criteria no?): 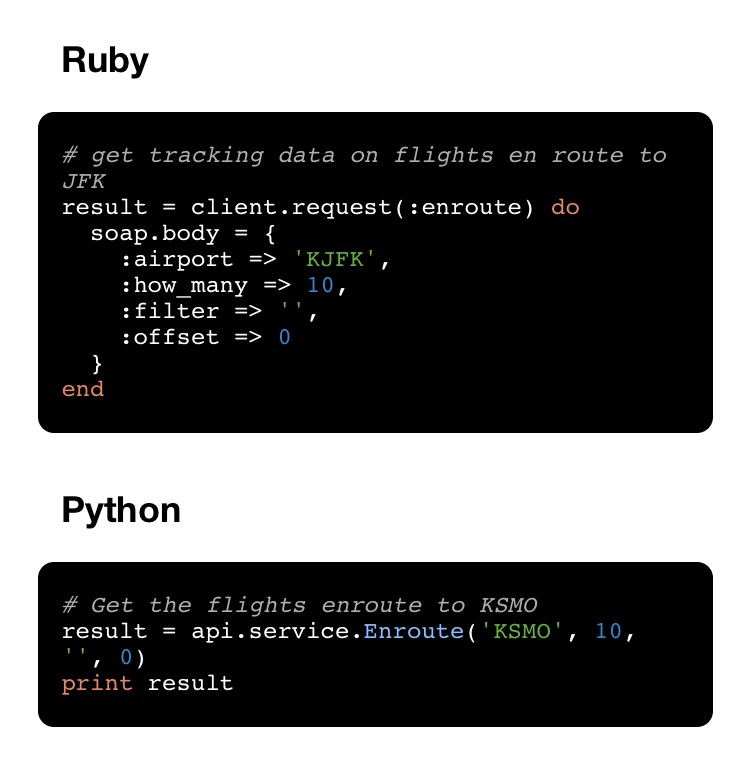 That said, you'll probably want to experiment with the API once you create an account and get a key to see if it meets all of your requirements.

You could probably try with ADS-B exchange. You can query their server using the following url https://public-api.adsbexchange.com/VirtualRadar/AircraftList.json

It will give you a list (in the form of a json string) of all the aircraft currently being tracked (the "acList" tag contains the list of aircraft). Most aircraft operating in major airports are equipped with ADS-B transponder so they would appear in your feed.

You can of course filter the json string around your area of interest. By reading the documentation, it looks like appending ?fAir=LHR would give all the aircraft currently tracked that departed from/en route to Heathrow.

It should be pretty easy to then parse the string to get the information you want (carrier, type of aircraft etc.). All programming languages these days have libraries allowing to easily and quickly parse json. I am not sure how often the server refreshes it's data...every second maybe?

Not the most practical solution, as I am not sure if there is an easy solution to work out ETA or departure time but you could give it a try (it's free!)

Not the answer you're looking for? Browse other questions tagged airport datasets flight-schedules or ask your own question.

17
Is there a database containing detailed information about airfields and runways?
5
Is there a Flights API to get flight information months in advance?
3
Is there a database of airport ceilometer raw data?
8
Can airlines schedule more flight arrivals than the destination airport capacity?
6
Where can I find a free list of ICAO and IATA airport identifiers?
2
Is there a generic term for origin and destination seen from an airport point of view?
1
Is it possible to predict how busy an airport will be in a given time? (are there existing services that to this?)
3
Is there a public NOTAM archive that's searchable by airport?