How much air, by mass, enters an average CFM56 turbofan engine cruising per minute?

How many kg of air enters an average CFM56 turbofan engine cruising per minute?

I have looked everywhere and cannot find it or figure out how to find it, if you could either tell me or give advice on where or how to find it I would appreciate it. Thanks 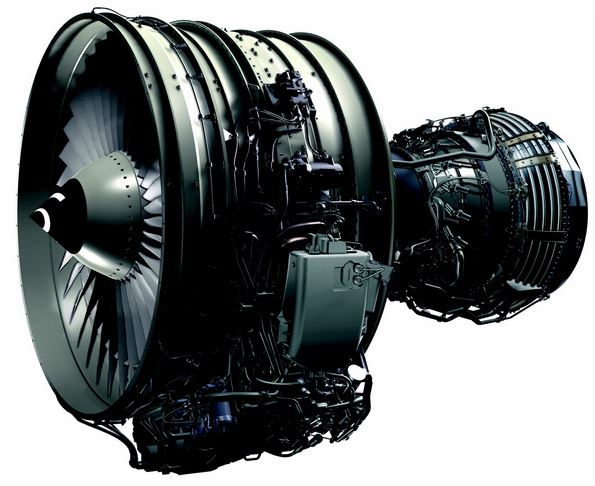 Fortunately this thrust is not needed after takeoff and the engine airflow is considerably lower in cruise. I don't have the actual figure but we can do a quick estimate using the fuel consumption. It can be assumed relatively safely that air is in proportion of fuel.

According to this document, for the CFM56-5C:

(meaning cruise at 27% T/O thrust requires 22% of the T/O fuel, the engine is more efficient in altitude.)

This is supported by figures found online in non authoritative sources, like page 245 of this book:

After the fan, air is separated in two flows: core (hot/primary) and bypass (cold/secondary) according to the bypass ratio.

12
How (and why) does engine thrust change with airspeed?
2
How does the engine produce aerodynamic lift at high angle of attack?
2
Can we trade some efficiency to curb high-altitude emissions?

21
How are temperature differences handled in a jet engine?
0
How do I estimate how much air flows through the intake due to engine suction?
17
Why is max endurance different for jet and props?
12
How (and why) does engine thrust change with airspeed?
33
Why don't modern jet engines use forced exhaust mixing?
17
Why do the 737-100's JT8Ds, and no others, have suck-in doors?
38
Why do new jet engines cost billions to design?
1
What is the fuel/air ratio of the CFM56-5A1 engine (in the A320 model)?