What aircraft fly faster than 250 knots indicated airspeed under 10,000 feet for safety reasons?

FAA has letters of agreement with US DOD, which authorizes certain military aircraft to fly faster than 250 KIAS below 10,000 feet. A good example of this would be the Northrop T-38 Talon, described in FAA JO 7610.4 Special Military Operations:

T-38/T-1 airspeeds in excess of 250 KIAS below 10,000 feet MSL are authorized by competent military authority in accordance with FAA Order 7110.65 and the letter of authorization granted to DOD.

The reason for this waiver is discussed in NTSB report number FTW90FA151:

THE T-38'S SPD WAS ABOUT 330 KTS; THE SPD LIMITATION OF 250 KTS HAD BEEN WAIVED FOR T-38 ACFT, DUE TO THE ACFT'S LACK OF CONTROLLABILITY AT THE LOWER SPD.

The relevant letter from forums.jetcareers.com: 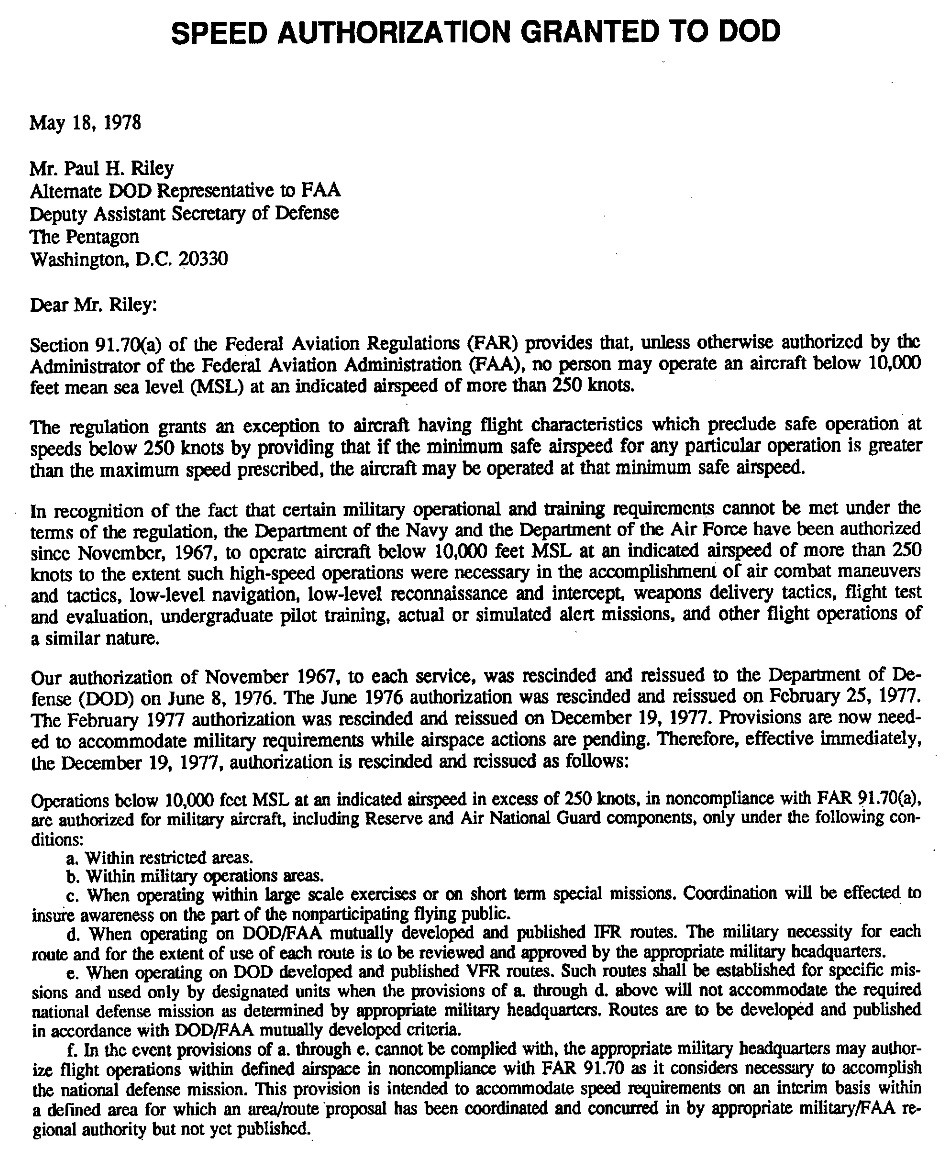 The exemption has been claimed for other aircraft too- like F-15 Eagle, for example:

... climb-out occurs at 350 KCAS for an air-to-air configured jet and 330 KCAS on one with air-to-ground ordnance. ... this is significantly higher than the 14 CFR speed restriction of 250 knots below 10,000 feet. The F-15E, like most fighter aircraft, falls under the Letter of Agreement between the DoD and FAA allowing some military aircraft a waiver to that speed limit.

A 747 taking off at or near max gross weight will have a flaps up, minimum safe airspeed and climbout airspeed speed greater than 250 knots. In such cases you didn't notify ATC as they expected it.

Also, I do remember being on an arrival once, with the weight low enough that we could safely maintain well below 250, but that when we saw we were icing badly, we speeded up to somewhere around 300 to get the ram air temp above freezing. In that case we notified ATC that we were doing so.

Also, ATC occasionally requests max speed. For example, on Hajj flights into and out of Jakarta Halim airport in the late 1990s it was common practice for controllers to put you down low to get you under the traffic into Cengkareng airport. They would then often request max speed.

Most fighters, in normal ops with a clean wing, won't be close to stalling at 250 kts. But they can pull more G's, thereby having more maneuverability, if they're flying faster.

A number of military aircraft - one that I can cite off the top of my head is the T-38 - have speed restriction waivers from the FAA during operations for safety. The T-38, for example, flies the traffic pattern at 270 KIAS in order to provide sufficient maneuvering capability without exceeding the AoA limitations of the aircraft and stalling it. The F-104 probably has similar limitations in performance. The SR-71 rotated at 230 KIAS and the pilot had to immediately retract the gear after liftoff to prevent structural damage from exceeding Vle of 300 KIAS.

As for commercial and civil aircraft, the speed restriction of 250 KIAS does not present much of an obstacle or impediment to safe operation, albeit it’s a little slow for jets.

Coming home we were lighter and could easily make 250, but we were waivered to 300 if we were in formation to have extra margin for the wingman.

15
Are civilian/GA pilots expected to “see and avoid” fast military jets in VMC?

13
What is the actual air speed over and under a wing due to Bernoulli's Principle?
14
Is the Mach number shown by an Air Data Computer considered a “true” Mach number?
9
What is “airspace underlying a Class B airspace area designated for an airport”?
7
What if an airspeed prescribed by a published procedure isn't safe for a particular aircraft's operations?
4
Why do pilots normally fly by CAS rather than TAS?
1
Why were the space shuttle’s flight controls only certified for low airspeeds?
6
Airliner speed when descending through 10,000 feet
6
What is the highest indicated airspeed ever achieved in a traditional aircraft?
2
Why are true and indicated airspeed different?