If we compare the SEPECAT Jaguar's design with the latest jet fighters, what aerodynamic shortcomings do we find in its design? (I'm only asking about aerodynamics, not AESA radars, electronics suites and so on.)

For instance, in what way is the Jaguar inferior to the SAAB JAS 39 Gripen, PAC JF-17 Thunder, or the HAL Tejas? Is it inferior at all? 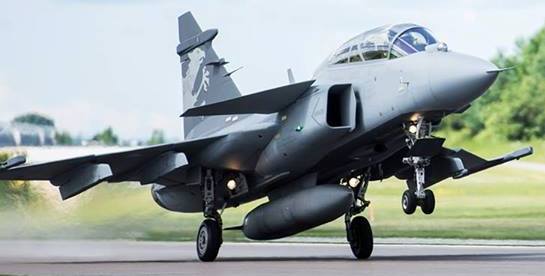 Only aerodynamics? Then the answer is simple: It lacks artificial stability.

In a paper by Ray Whitford on fighter design he published a comparison study between the conventional Jaguar and an advanced version optimised for relaxed static stability. The improved version is slightly unstable at subsonic speeds and much less stable at supersonic speeds, resulting in much less horizontal tail downforce and reduced size of all lifting surfaces. 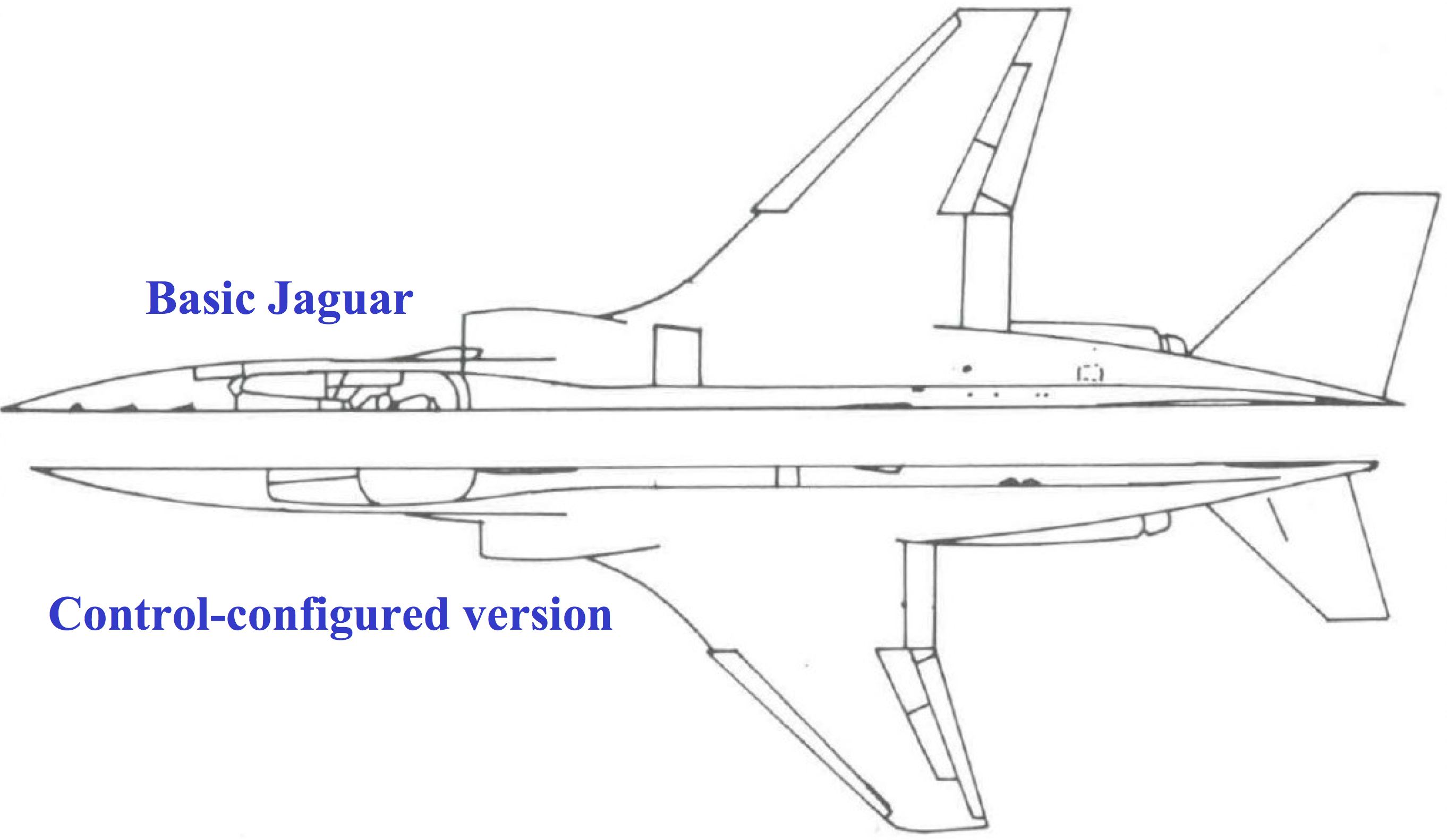 Both configurations have the same airfield and combat performance! However, the smaller surfaces and the reduced trim drag improve performance noticeably. Note that this optimization was for the ground attack role; an optimized fighter version would had maintained a larger wing and horizontal tail for higher agility.

Jaguar is a highly capable aircraft with designated nuclear strike role (In RAF and IAF)- not something that would be assigned to 'inferior' aircraft.

If you are comparing the Jaguar with modern multirole aircraft (like Gripen), the point is that the Jaguar was designed for a completely different set of roles compared to these aircraft. The Jaguar was initially designed for training and tactical support, something reflected in the name itself- SEPECAT stands for Société Européenne de Production de l'Avion d'École de Combat et d'Appui Tactique, which translates into European company for the production of a combat trainer and tactical support aircraft.

When the project was started, the British were looking for a new supersonic advanced trainer aircraft, while their french partners were looking for an advanced trainer/affordable strike aircraft. Finally, they ended up with a supersonic, low level deep penetration strike aircraft, which performed its role perfectly well. However, the airframe is based on a French trainer, the Breguet Br. 121. 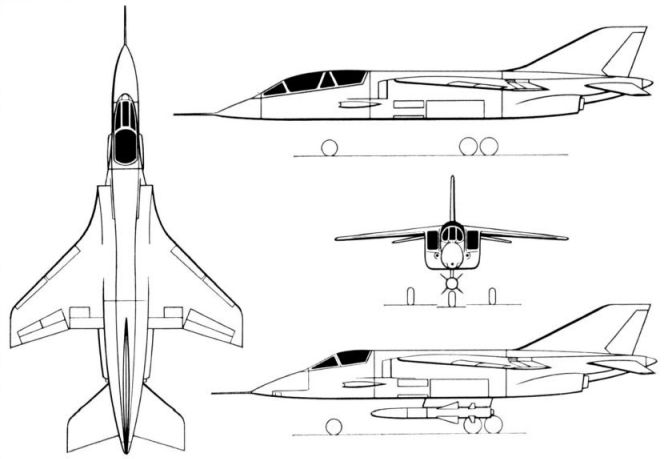 The similarities are obvious from the above image. Because of its design, it had higher wing loading- leading to reduced maneuverability, but improving stability and munitions carrying capability ar low altitudes, where it is supposed to operate.

Another important difference is that the pilot has to 'fly' the Jaguar- not some thing that happens in modern fly-by wire aircraft (which are inherently unstable, improving maneuverability further). In the words of the last RAF Jaguar pilot:

"A large amount of the pilot's capacity was taken up with actually flying the Jaguar," says Daubs, "then there was a small splash of systems management and then a decent dose of situational awareness (SA).

"In Typhoon there is, the majority of the time, a small splash of flying the aircraft because of its advanced control systems and a huge surplus of thrust, and then there is a decent dose of systems management."

The aircraft is perfectly fine and is no way inferior to the modern aircraft- it performs the roles specified for it quite well. The only difference is that modern combat aircraft has better thrust and maneuverability due to their inherently unstable design.

17
Why do all new European fighter jets have delta wings?
4
Does lift-to-drag vary with anything beyond geometry?
2
Why does instability in pitch lower trim drag for an aircraft with a tail?
4
What is the effect of moving the centre of gravity ahead or behind the aerodynamic centre for HALE UAVs?
1
How would a fighter be changed from having static stability to having relaxed stability?

12
Are modern fighter jets allowed to fly with an inoperative ejection seat?
9
Was any Russian design feature incorporated in modern US fighters jets or vice-versa?
13
Why do some military jets have needle-like structures at the nose and others don't?
10
What data did the earliest HUDs display (for fighter jets)?
33
What are these boxes built into the tails of some fighters?
4
How were fighter jets built in the 1950's?
7
What is the average speed used by modern jet fighters when in dogfight?
112
Why does it take so long to develop modern military jets?
4
Are modern fighter jets bulletproof and armored?
25
What is the rationale for single engine military aircraft?