What kind of liquid can be seen 'leaking' from the bottom of a Boeing 737-800 engine?

I was on holiday over the Christmas holidays, and was sat in the airport awaiting our plane back to England, looking out of the large window which over looked aircraft that have just landed and the passengers get of, when a Boeing 737-800 turned up, looking at its left engine (I could not see the right engine from my viewpoint), I saw a clear liquid leaking from the bottom of it, what was this liquid, and were might it of come from? 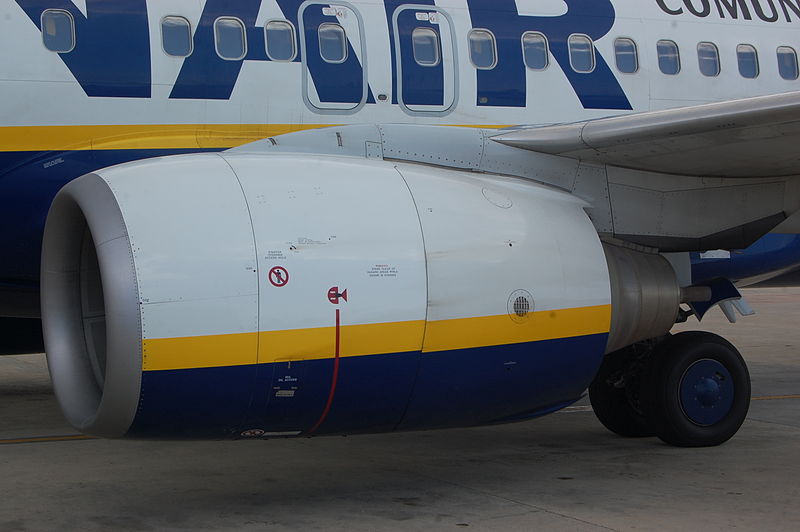 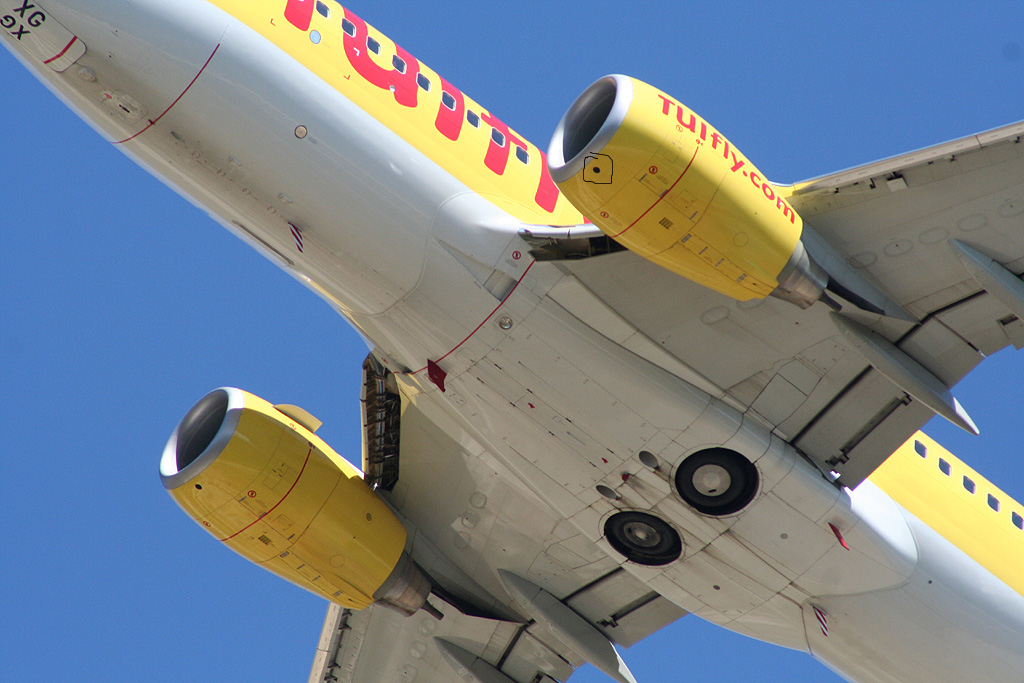 I have circled were I think the liquid came from on the left engine in the picture above.

There is really no telling without being there & getting a sample of the fluid. A mechanic can tell the differnce between hydraulic fluid vs engine oil vs fuel vs etc, but the place where any of them would come out is essentially the same spot under the engine.

In general, any of the above is uncommon but far from unheard of, and in small amounts is no big deal. The fittings aren't supposed to be leaking, so a mechanic will probably end up fixing whatever it was, but the hazard from a few drops just isn't all that great. Sure, the idea of "oh, just a fuel leak, no big deal" intuitively sounds pretty bad, but the fact of the CFM engine is that the motor is incredibly tolorant of this sort of thing with nothing bad actually happening. It needs to be checked out because something isn't exactly right, but there would have to be several other things go wrong as well (each of which is pretty rare) before anything bad actually happens.

Some lines are allowed no leakage at all, while others actually do have a "drops per minute" limit for what is allowed without needing maintenance action. Not being a 737 mechanic, I couldn't tell you offhand which fluids are in which category. If I see it leaking, I call the mechanic & he can sort it out.

Of course, in the days of the big radial engines, the saying was that when it's leaking, that means there's still fluid in it, and when it stops dripping, THAT is what's bad, because that means you don't have any more oil!

We're a long, long ways from those old days!

It is okay to ask the question "What is that fluid," but do not under any circumstances catch a drop with a finger and test it with your nose.

The A7E was the light attack aircraft aboard US carriers during its day. As an older aircraft it had what we called a "piss tube." Newer aircraft have greener solutions to the problem of human waste. The piss tube was a funnel secured below the pilots feet in the cockpit that terminated at a small outlet hole on the fuselage. While flying, the Venturi effect created a soft vacuum that pulled the urine outside the aircraft.

I never used it because you had to do all sorts of contortions. You were in a 4-point harness with a g-suit, your bulky survival vest, and then the flight suit. A squadron mate of mine on the other hand was an expert at using the technology.

He was on the deck one night turning and getting ready to launch when he decided he had to pee. The Plane Captain had all his checks done and he was just waiting. He pissed in the tube and shortly after that the Plane Captain was motioning him. His signs suggested that he had a leak from the fuselage. The pilot waved the approaching Plane Captain off frantically, but to no avail. The Plane Captain caught a bit of the liquid on a finger and brought it to his nose. Case solved.

Not the answer you're looking for? Browse other questions tagged boeing-737 turbofan or ask your own question.